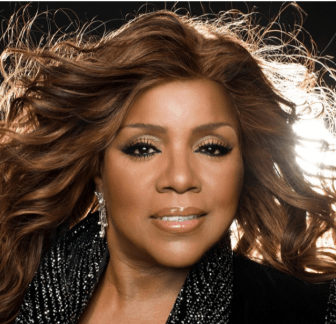 UPDATE: This event is cancelled in light of the rapidly developing Covid-19 situation. Not only has CLC temporarily closed its programs to help prevent community spread of the virus, the organization has canceled its annual fundraising benefit featuring Gloria Gaynor.

Children’s Learning Center of Fairfield County is pleased to announce this year’s Grammy Award winning performer, Gloria Gaynor, will perform at its Spring Benefit on April 24 at the Hyatt Regency Greenwich.

Gloria Gaynor won her first Grammy 40 years ago with the hit single, “I Will Survive!” and this year she won her second Grammy Award for her new album, “Testimony.”

Gaynor will be singing her Disco hits with some of Donna Summer’s hits and other songs you know and love. Get ready to get out of your seats and hit the Dance Floor.

The evening begins at 6:00pm with cocktails and music by the popular DJ April Larken.

VIP ticket holders will be welcomed into an exclusive VIP Lounge where they can take professional photos for you to post with Ms. Gaynor.

Following cocktails, guests are invited into the Hyatt Regency’s Ballroom to be seated for dinner, welcoming, some very special CLC preschool singers, two Honoree Awards and a live auction. Gloria Gaynor and her six piece band will perform directly after dinner.

CLC will recognize The Honorable Mary Sommer for her commitment to CLC and the community at the event. Judge Sommer, a Stamford resident, recently retired from the Connecticut Superior Court.

CLC will also recognize Rebecca Wilson, a Stamford resident, as its newest Alumni Hall of Fame member. Wilson attended CLC’s Head Start program and has since built a 20 year career in education and human services.

This month, Gloria Gaynor won her second Grammy Award and headlined the 2020 Grammy Celebration Afterparty in Los Angeles, Jan. 26. This is an inspiring comeback for a woman who sings passionately and never lost momentum.

Gloria Gaynor’s legendary career spans the past 40 years. She has achieved global stardom and musical recognition with hit songs in the charts in all four decades. Gloria has channeled her fame and recognition into support for several charities, donating not only her money but also her time and talent. She changed the lyrics to her world-renowned song and lent her time to a corresponding music video used by the Miami Children’s Hospital to raise awareness and funds for their lifesaving efforts.

Never one to rest, Gaynor recently earned a bachelor’s degree in behavioral sciences to aid in her work with charities and organizations helping at-risk youths and their families.

Gaynor continues to tirelessly tour the world performing at concerts in the USA, Europe, South America, and beyond, each year. She was a presenter at the 2015 Grammy’s and the headliner at the 2015 “Official Grammy Celebration.” The CCU’s Women in Leadership conference honored Gloria in early 2015 with their “Celebration of Inspiring Women” Award for her philanthropic and leadership achievements and contributions. On May 16, 2015, Dowling College presented Gaynor with an Honorary Degree of Doctor of Music.

Gaynor was also honored by the Library of Congress on May 6, 2017, after having her recording of her global anthem, “I Will Survive,” inducted in the Library’s Collection of Recordings with American historical and cultural significance in 2016. She was part of an “In Conversation” with fellow survivor, Robin Roberts, from “Good Morning, America,” in the Coolidge Theater in Washington, DC, followed by a concert in the Thomas Jefferson Building’s Great Hall.

No stranger to TV, Gaynor has made appearances on “Ally McBeal,” “The Wayans Brothers,” and “That 70’s Show.”

She was a featured guest on the premier episode of “Best Time Ever with Neil Patrick Harris” and, most recently, Gaynor was a guest on the “Dr. Oz “ show in NYC and the “Dr. Phil” show in L.A. She also opened up the 2016 UK National Television Awards at the O2 Arena with a performance that had the entire audience on their feet, giving Gloria a standing ovation. Additionally, Gaynor was presented by Ido Aharoni (Consul General of Israel), with the Martin Luther King Jr. Award,” acknowledging those who have gone above and beyond to inspire others.

Gaynor was inducted into the NJ Hall of Fame at a special ceremony in Asbury Park, NJ in 2017.

Gaynor’s second book, We Will Survive: True Stories of Encouragement, Inspiration, and the Power of Song, was a 2015 Grammy Nominee for Best Spoken Word Album. Forty remarkable stories in this book reveal that the song, “I Will Survive,” has reached people from all walks of life and touched them in thousands of unique ways. From individuals triumphing over illness to suffering from the loss of a loved one, to patching their lives together after bearing witness to a national tragedy, “I Will Survive” has become an emotional anthem for them and for millions of Gaynor’s adoring fans around the world. Gaynor said, “I Will Survive is my mantra, the core of my God-given purpose. It is my privilege and honor to use it to inspire people around the world, of every nationality, race, creed or color and age group to join me as I sing and live the words: ‘I Will Survive.’ ”

Gaynor is proud of her new album of inspirational songs entitled, “Testimony,” released in 2020. It instantly became a Billboard Top Five gospel Album in its first week. She recorded it in Nashville over the past three years, co-writing and recording with multiple Grammy and Dove Award winning songwriters/producers F. Reid Shippan and Chris Stevens. This year, Gaynor has been featured on the Today Show, CBS Sunday morning, Rolling Stone, People, Closer and Women’s World Magazines and WXPN’s program, “World Café.”