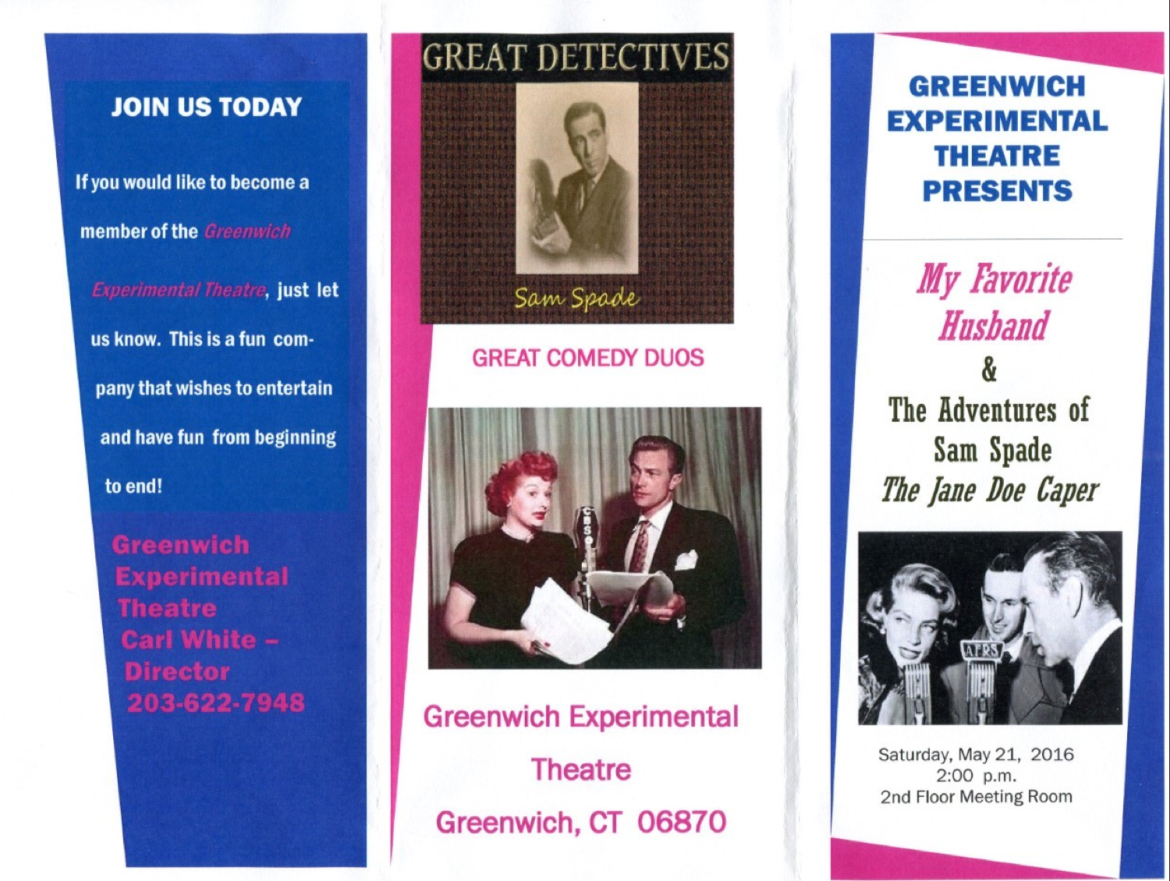 Mark you calendars for these free Old Time radio shows to be performed in the Main Greenwich Library.

“My Favorite Husband” – Cast of Characters

Lucy and Desi insisted that the show use the 3-camera system instead of the popular, but inferior quality kinescope. CBS acquiesced to the stars’ request, but not before they agreed to taking a salary cut.

Because of Desi’s and Lucy’s genius, the “I Love Lucy” decision introduced reruns to most of the  American television audience, and set a pattern for the syndication of TV shows after their network runs (and later, for first-run airings via syndication).

Hard-boiled Detective Sam Spade was the invention of writer Dashiell Hammett in his 1930 novel The Maltese Falcon, first published as a serial novel in a pulp magazine.

Humphrey Bogart brought Sam Spade to life in the 1941 film of the same name. Bogart’s Spade was cocky, hardened and shifty. Nobody could pull the woll over his eyes; not the clever con artist nor the prettiest lady.

The cinema is his taut, brooding character spawned was Film Noir, or Dark Film. Dashiell Hammett was a Pinkerton Detective in San Francisco during the 1920’s. He claimed that all of the characters he wrote about were based on people he had known personally.

Greenwich Experimental Theater thanks Elton for offering Elton’s Cafe in Greenwich Library for their many rehearsals.