Hundreds turned out to for the feast, which was punctuated with hula hooping to tunes spun by NSS’s own DJ Anthony Buzzeo, followed by Flamenco dancing by Johanna Escamilla, accompanied by Spanish guitarist, Arturo Martinez.

The event was the brainchild of longtime NSS ESL teacher Viviana Serraillier who had the idea 24 years ago.

“We have 65 countries represented,” said principal Jill Flood, adding that either a parent or grandparent hailed from one of the 65 countries. Ms. Flood said that originally they asked for RSVPs and sold tickets to the dinner as a fundraiser. “Now we just ask people to bring a dish with enough to share with 10 people,” she said, nodding to the crowds. “It’s a low key event where families get to chat and socialize.” 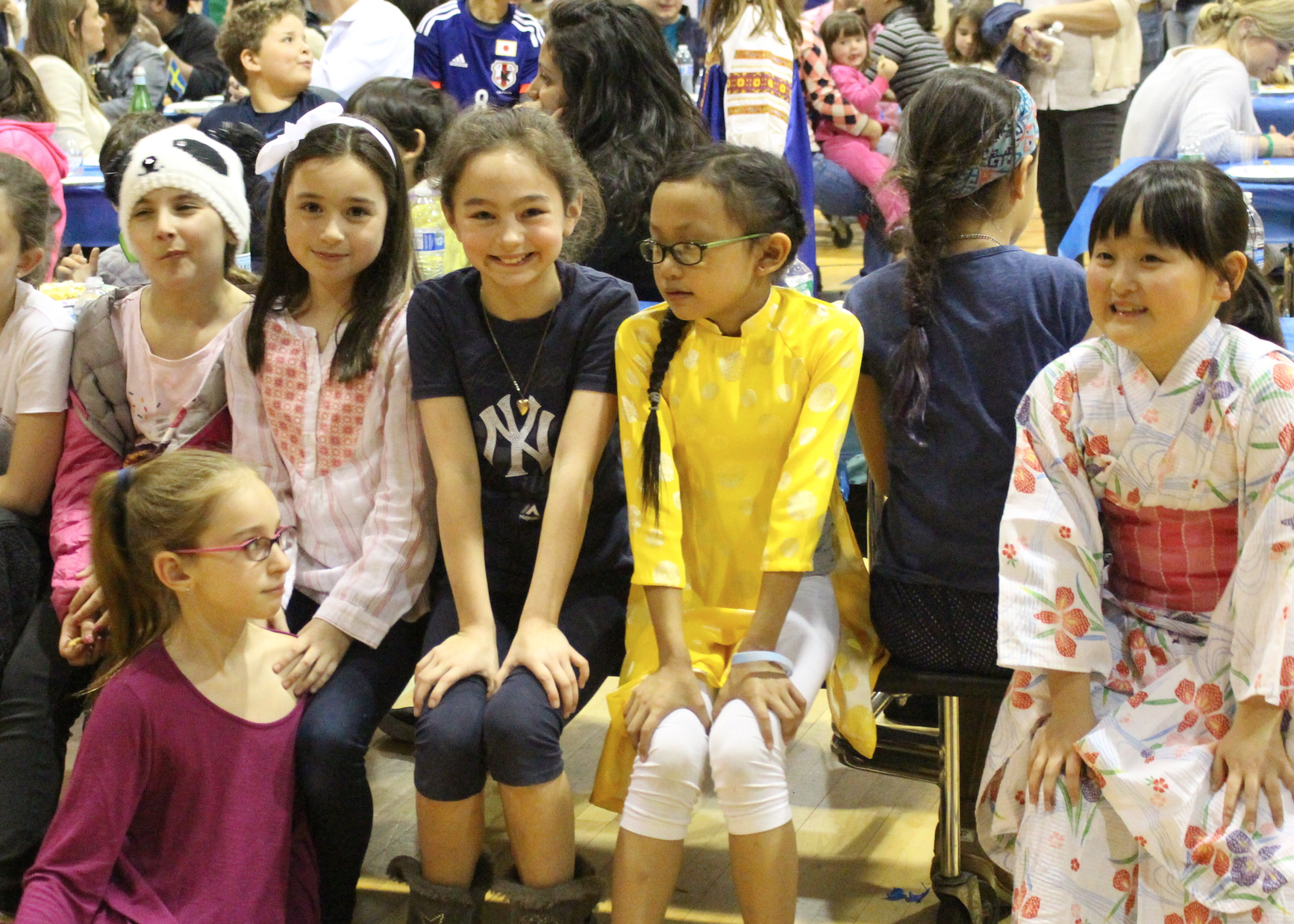 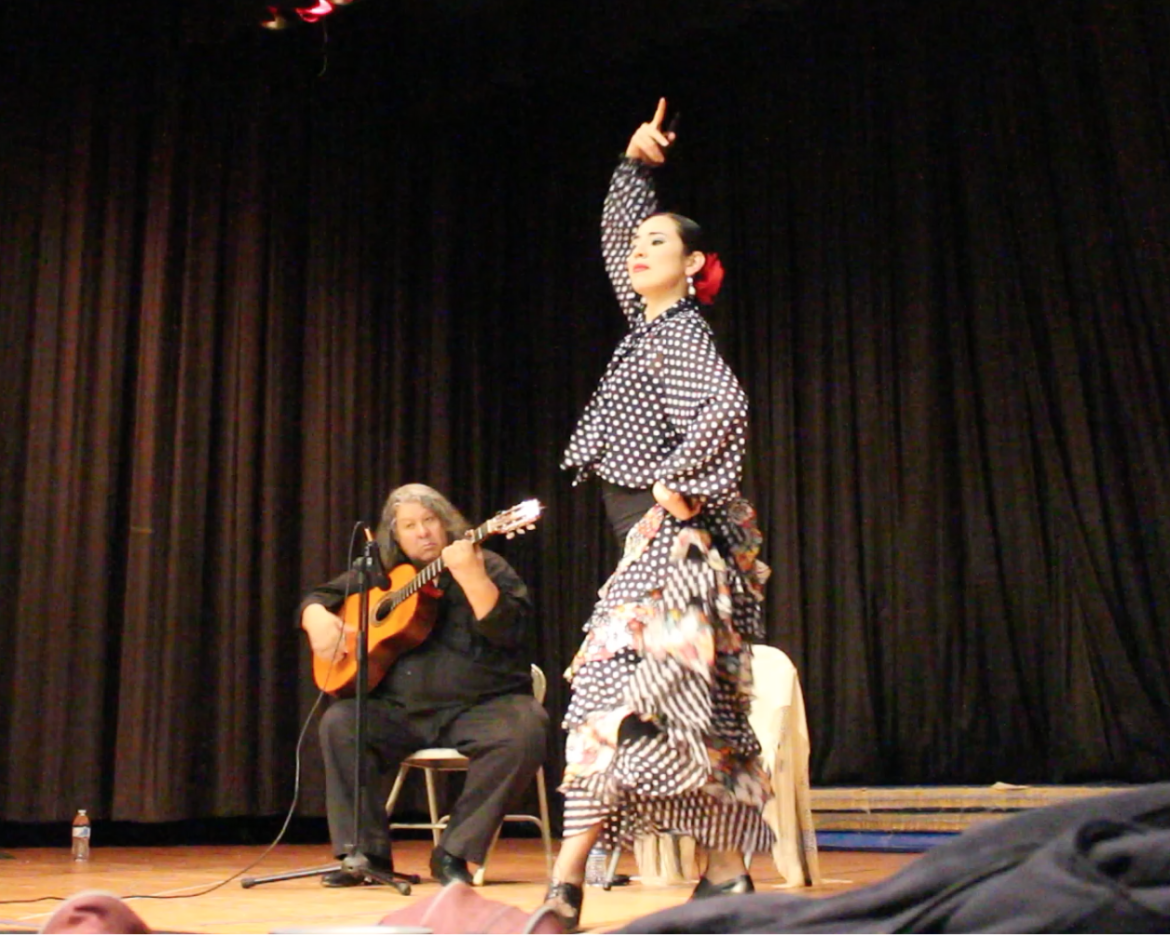 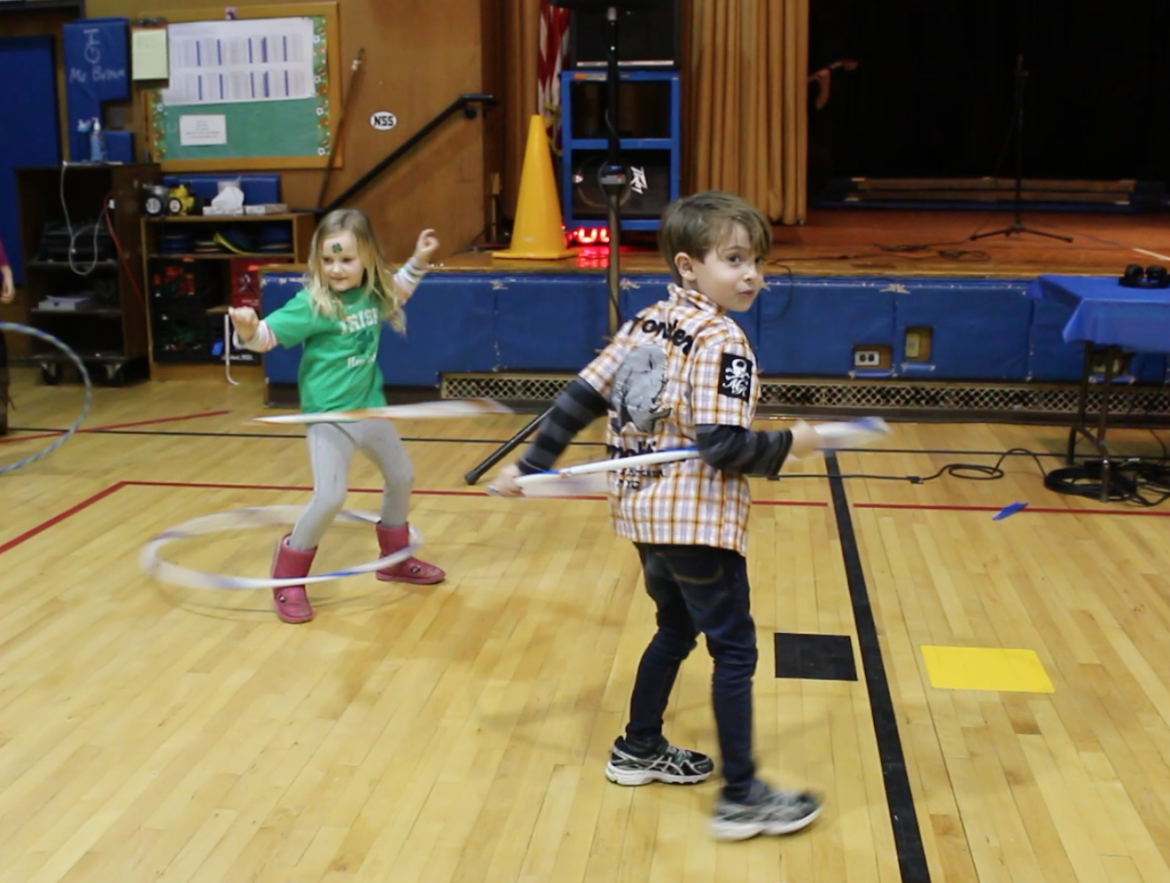 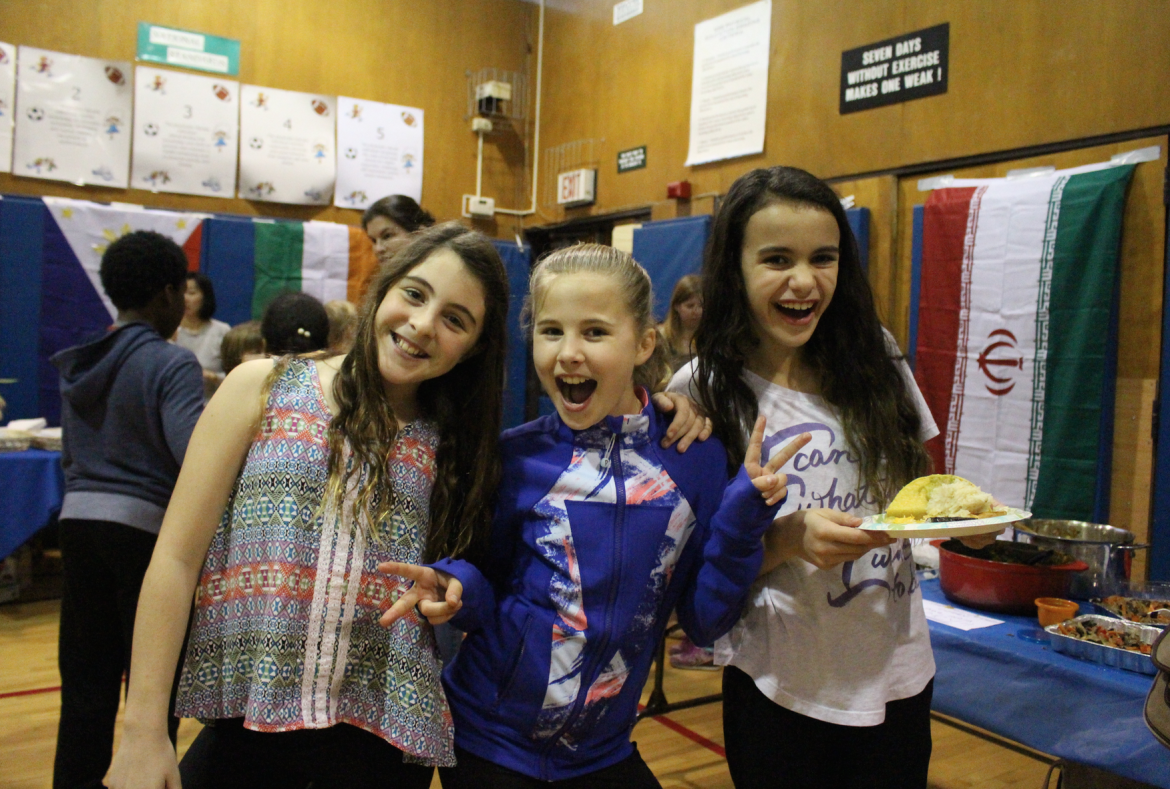 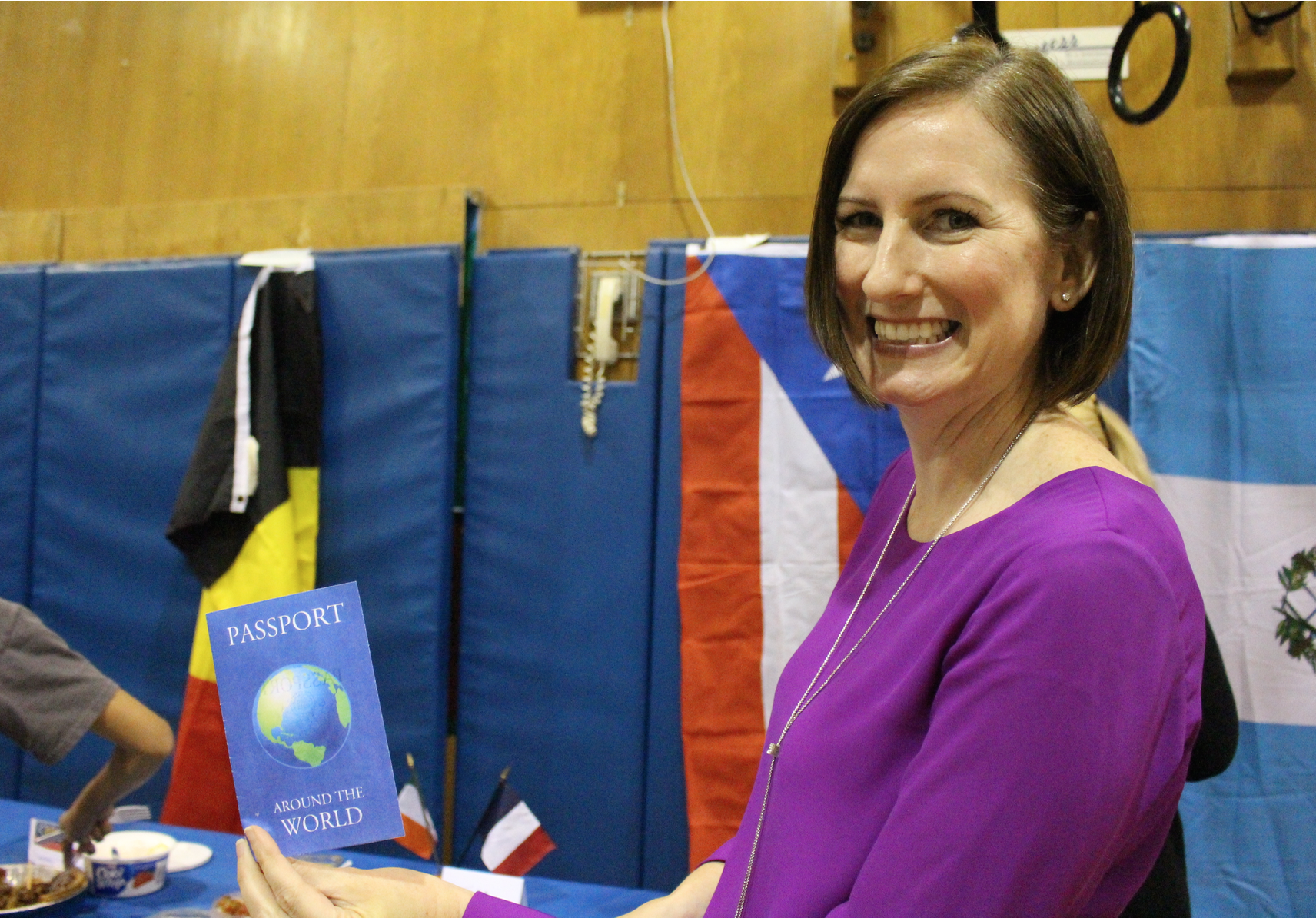 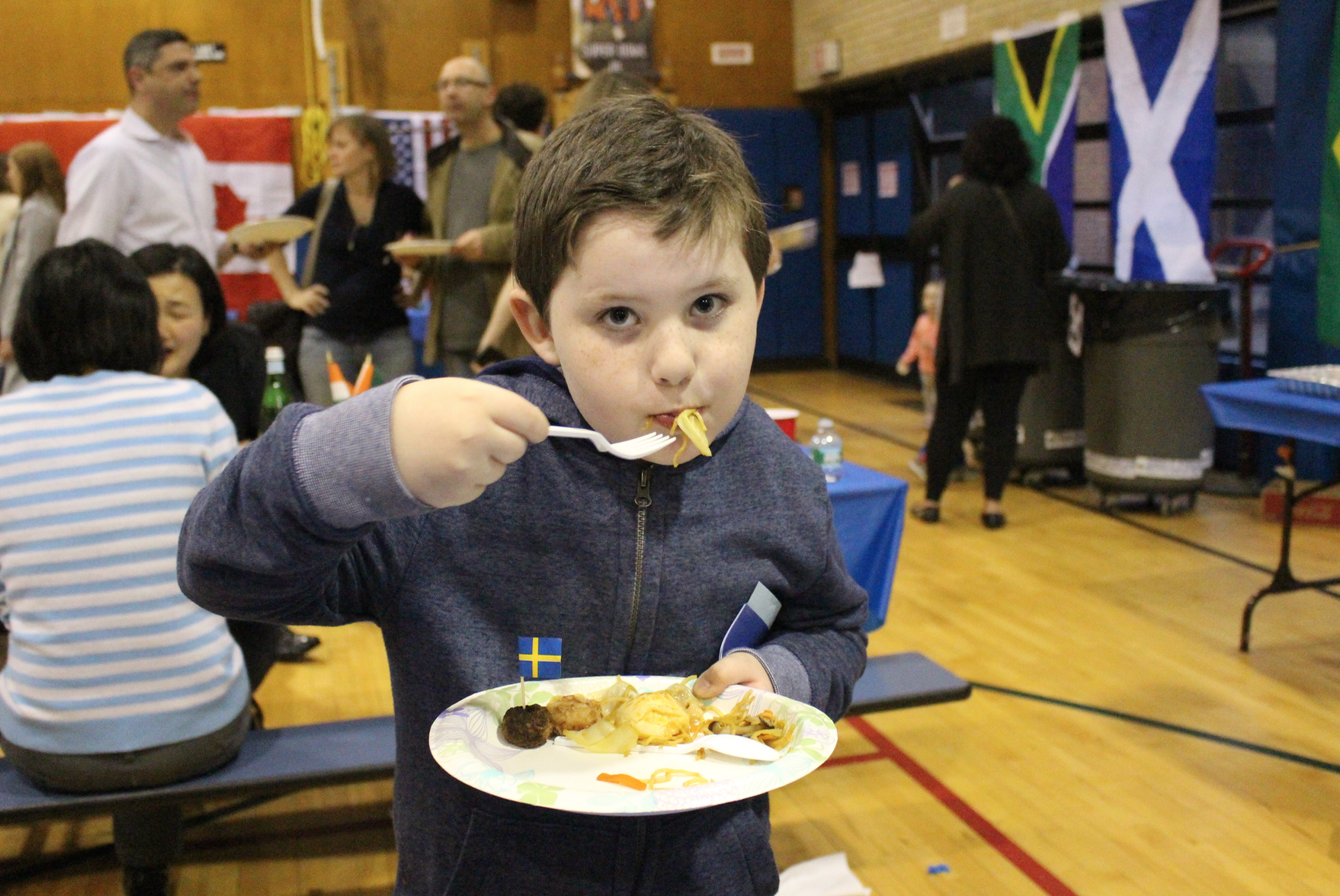 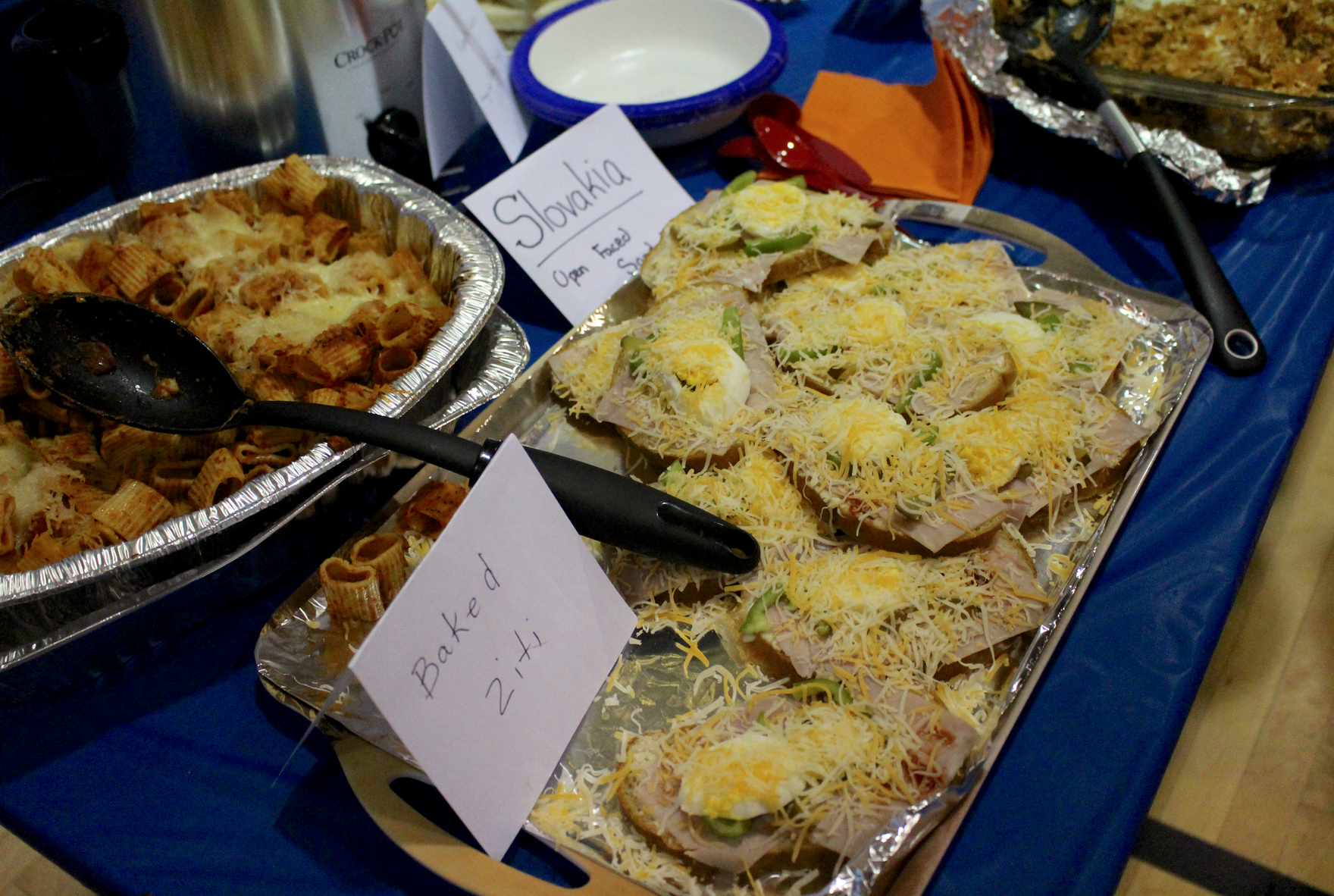 Every family was asked to bring a dish to share for 10 at North Street School’s international dinner, March 16, 2016, Credit: Leslie Yager 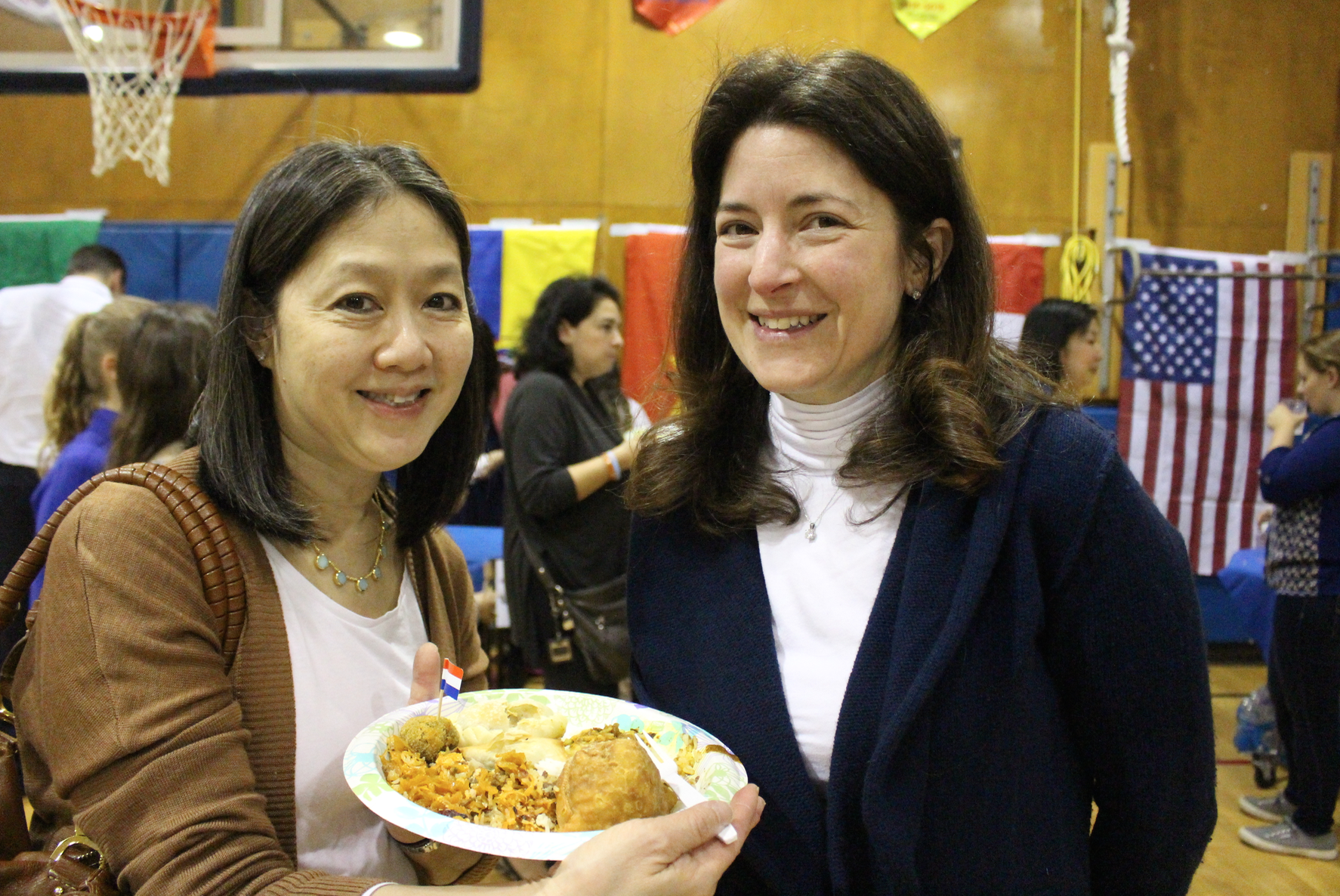 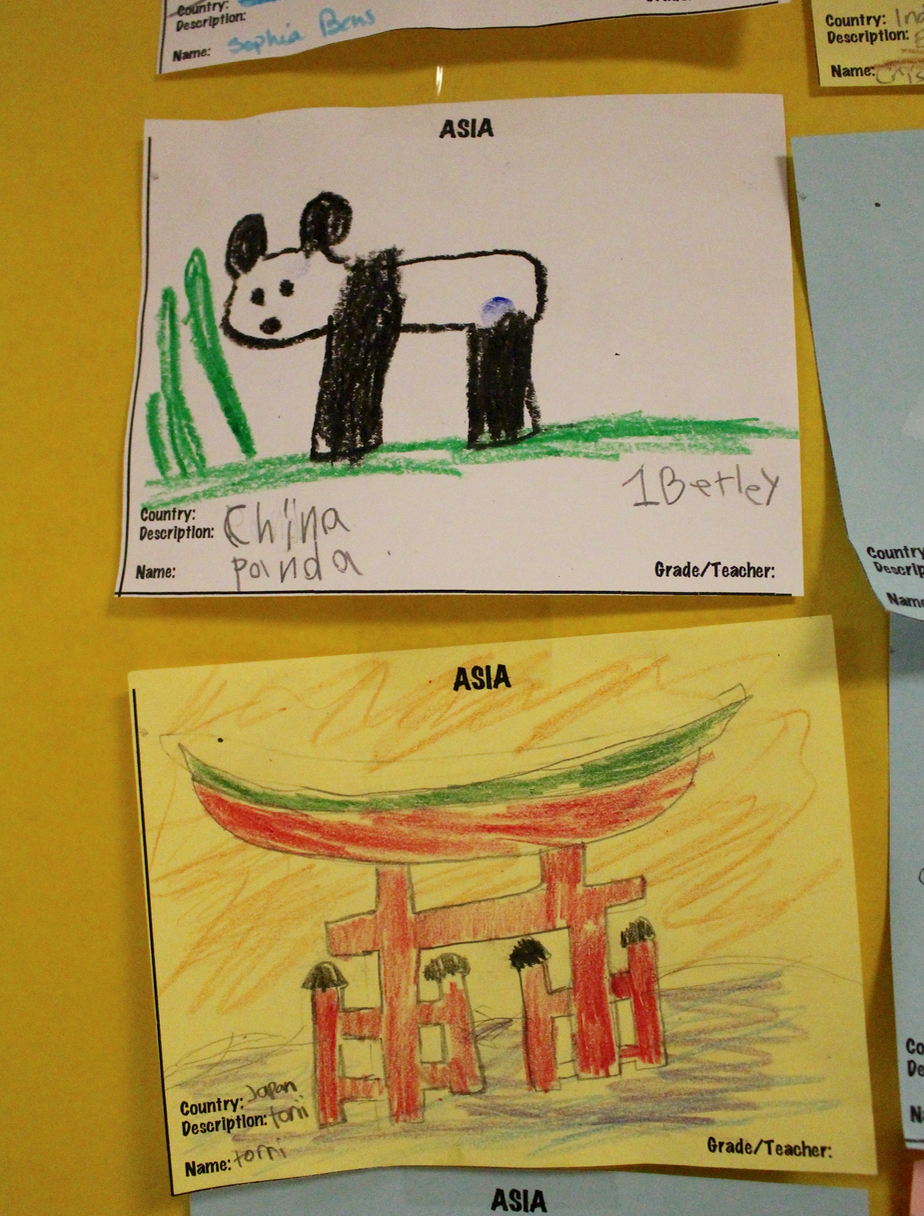 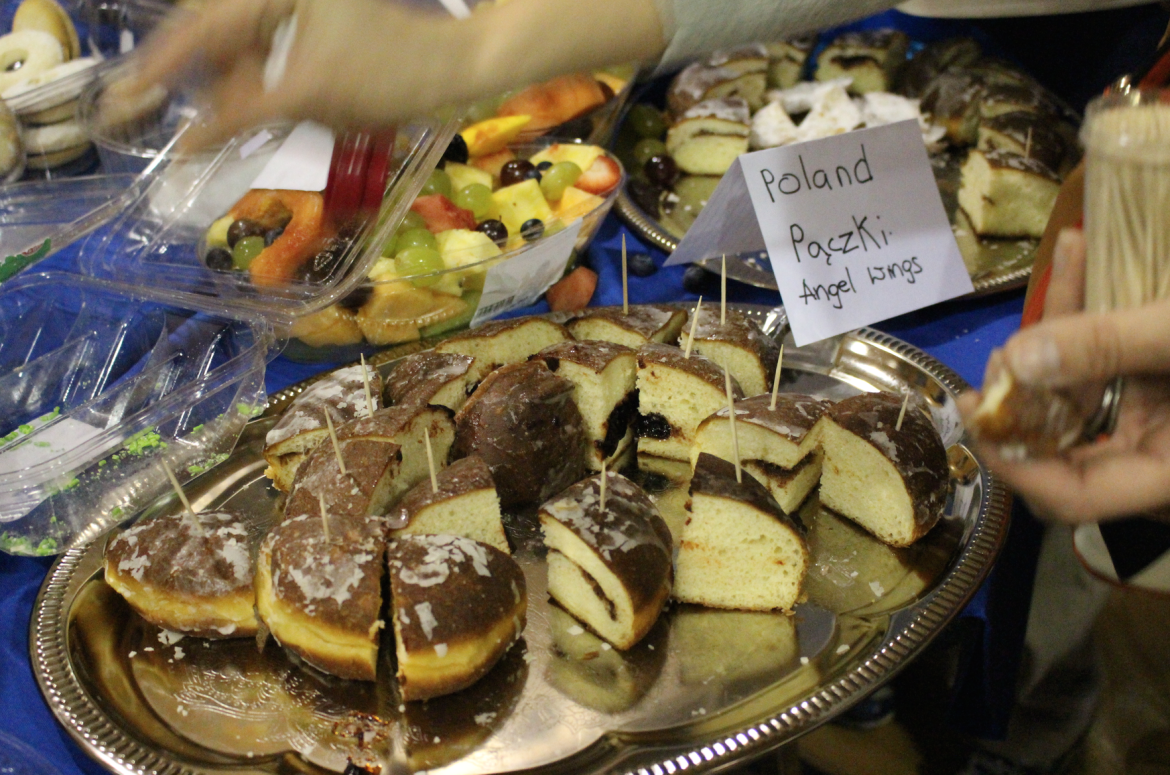 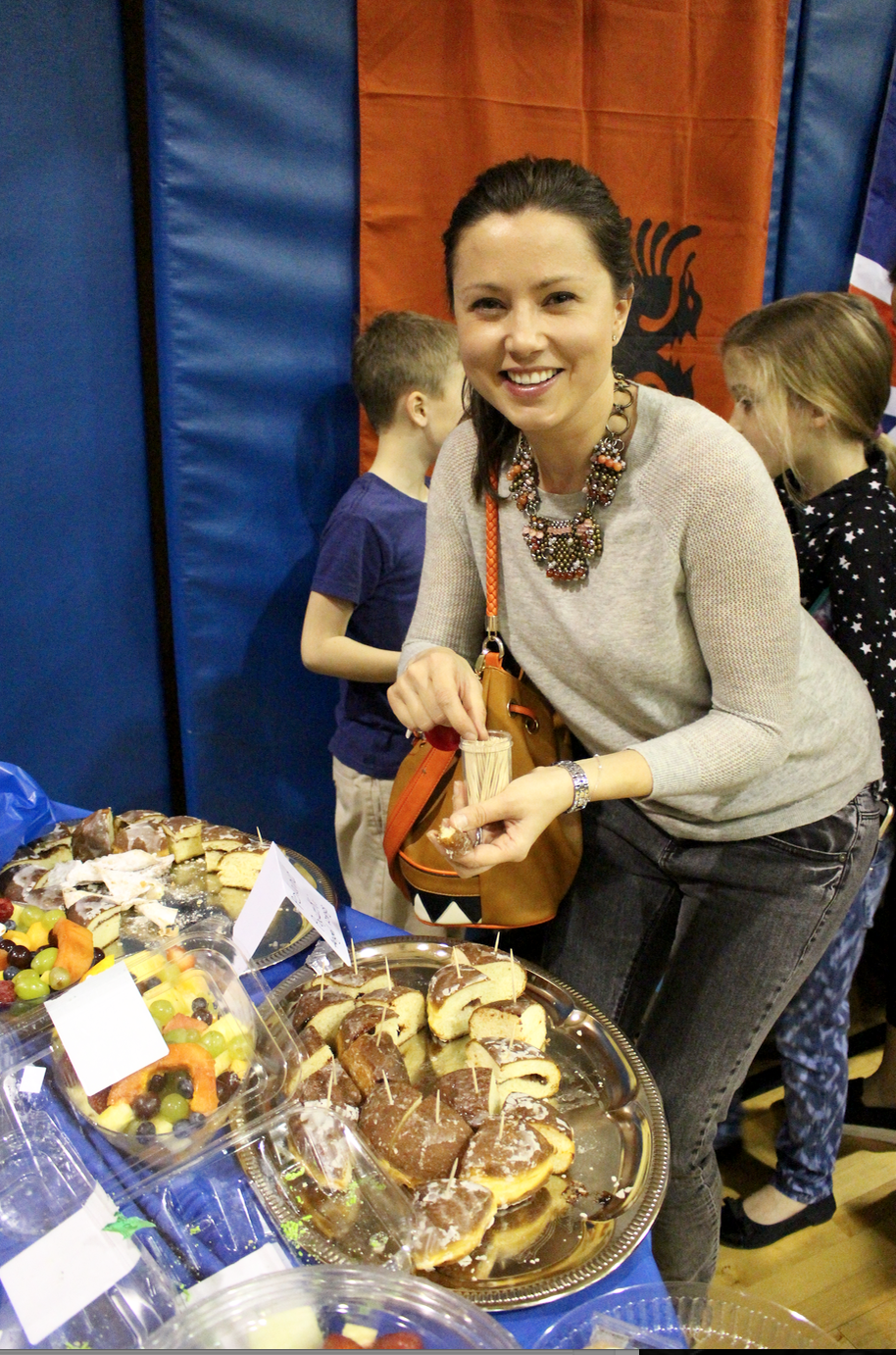 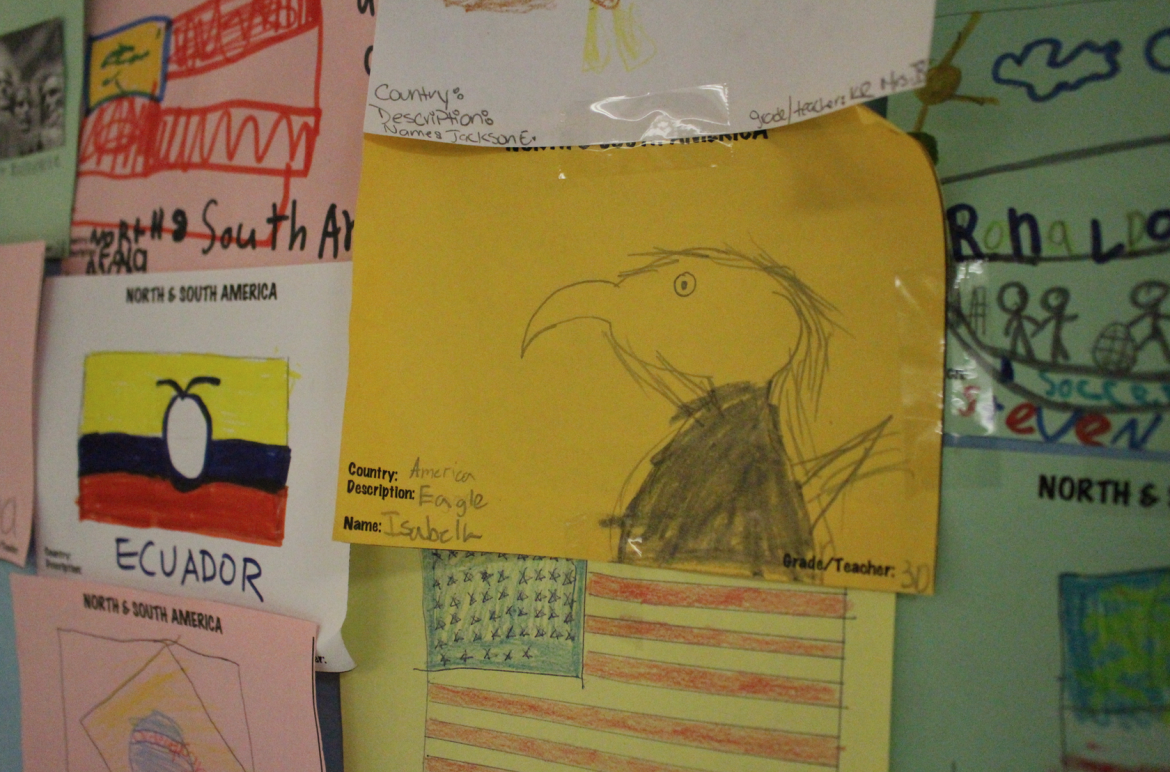 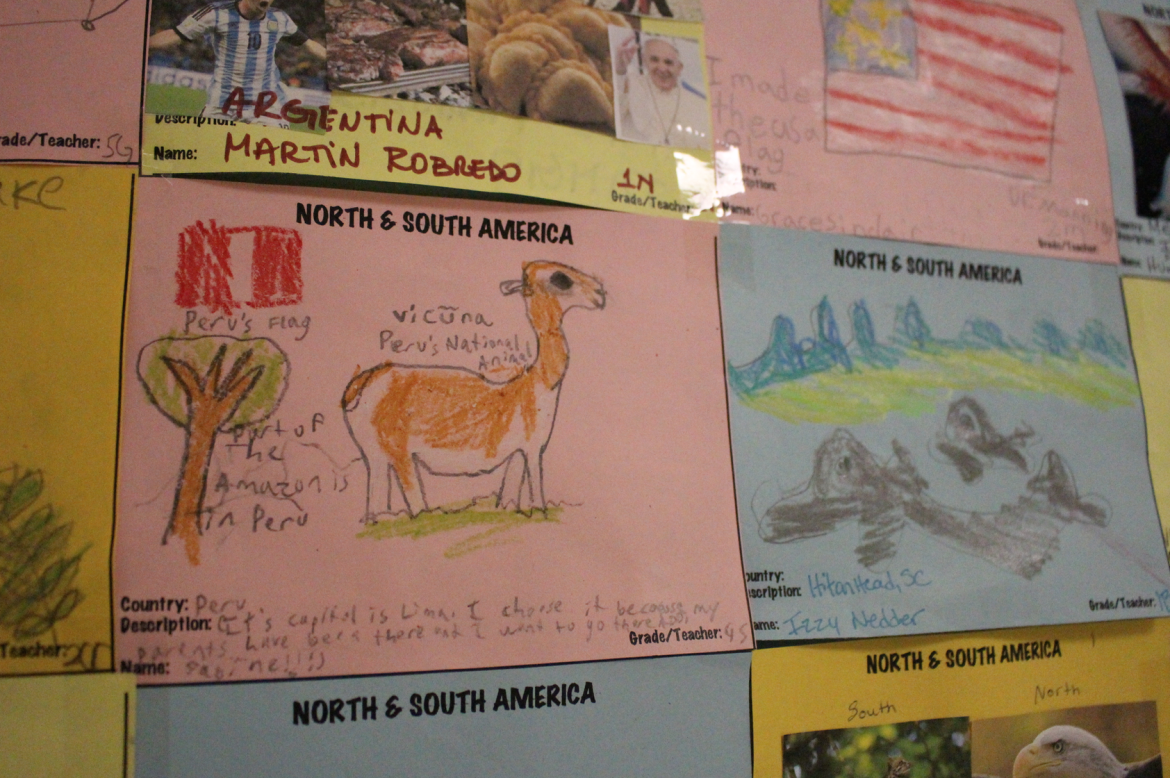