On Friday, October 28, the Palace Theatre in Stamford will feature an amazing multi-media experience that pays tribute to the life and legacy of Michael Jackson.

Spanning his 40-year career, this stunning show takes the audience on a visual journey that captures the essence of Michael Jackson’s worldwide concert appearances, his most recent achievements, and his early years as a child prodigy.

Many of Michael Jackson’s hits lend themselves to an artistic laser and light performance, much in the style of the Pink Floyd Laser Spectacular.

Through the use of animated laser graphics, laser beams and aerials, the lights and lasers re-create images of Michael with 3-D holographic effects. The lighting show is a concert-style configuration. Along with the laser beams and graphics, it’s certain to wow the audience with the same power and excitement of a live concert.

Tickets range from $25 to $35 and can be purchased by clicking here.

The Palace Theatre is located at 61 Atlantic Street in Stamford. Tickets for all performances may be purchased on palacestamford.org or by calling the box office at 203-325-4466.

Other upcoming shows at the Palace Theatre include:

The Earth Shaker Tour: Building 429 with Colton Dixon
Wednesday, Nov. 2 at 7:00 pm
Tickets: $25.00 – $95.00
Through their songs and their high energy live shows, Grammy nominated Building 429 is a band that has been touted throughout their 15-year career as “authentic and amazing – uplifting and unforgettable,” along with being “truly focused on bringing glory to God.” Now Building 429 brings The Earthshaker Tour to The Palace this Fall along with American Idol contestant Colton Dixon and special guests Finding Favour.

Carter Winter
Thursday, Nov. 3 at 9:00 pm
Tickets: $10.00
First well-known for his cover songs of artists that inspired him early on (Garth Brooks, George Strait), Carter Winter’s ability to take three chords and his own truth and deliver a compelling live performance has contributed to the incredible success of Some Kind of Fire, his first independent six-song release. With his rich, traditional country vocal and compelling live performance, Carter has gained recognition from some of the biggest names in country music and shared the stage with artists such as Sam Hunt, Chase Rice and Travis Tritt.

Warren Miller Entertainment: Here, There and Everywhere
Friday, Nov. 4 at 8:00 pm
Tickets: $17.50 – $19.50
Warren Miller film crews have traveled the globe — from storied slopes to hidden, snow-covered corners — to celebrate all things snowsports. Their quest has taken powder-hungry filmgoers Here, There & Everywhere — and this year continues that legacy. Travel along as Warren Miller Entertainment commemorates Stein Eriksen in Deer Valley, captures the big air at Boston’s Fenway Park (yes, that Fenway Park!) and rides the steeps of Squaw Valley to the big lines of Cordova, Alaska, plus much more.

U.S. Army Field Band & Men’s Chorus
Monday, Nov. 7 at 7:00 pm
Tickets: FREE
Celebrate Veterans Day with a free concert as presented by the Department of the Army. The U.S. Army Field Band includes four performing components: the Concert Band, the Soldiers’ Chorus, the Jazz Ambassadors, and The Volunteers. Each component tours the United States approximately 100 days per year. Don’t miss this celebration of veterans past, present and future from the men who serve our country! Seats are limited; reserve your spot today. 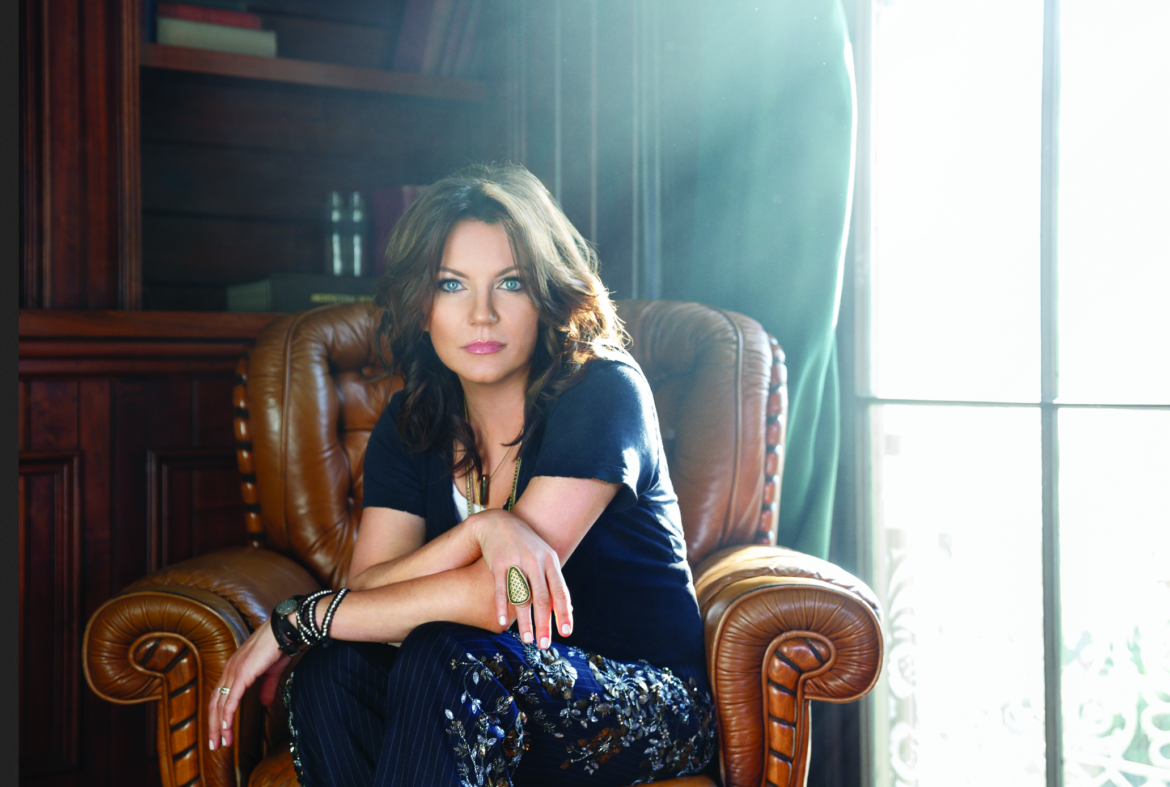 Martina McBride: A Benefit Concert for Dana’s Angels Research Trust
Friday, Nov. 11, 2016 – 8:00 pm
Tickets: $40.00 – $85.00
Multiple Grammy nominee Martina McBride brings her legendary vocals to The Palace for a wonderful cause. McBride has sold over 18 million albums to date, which includes 20 Top 10 singles and six #1 hits. She has earned more than 15 major music awards, including four wins for Female Vocalist of the Year from the Country Music Association and won three Academy of Country Music for Top Female Vocalist.

This year’s Honorary Co-Chairs are again award-winning singer/song writer Kenny Loggins and Michelle Phillips of The Mamas and The Papas fame.

Gala Reception/Concert tickets start at $350 and will be available by invitation and online at www.DanasAngels.org. Concert-only tickets start at $40 and are available to the public through the Stamford Center for the Arts Box Office at www.PalaceStamford.org or by calling 203-325-4466. All proceeds benefit DART. 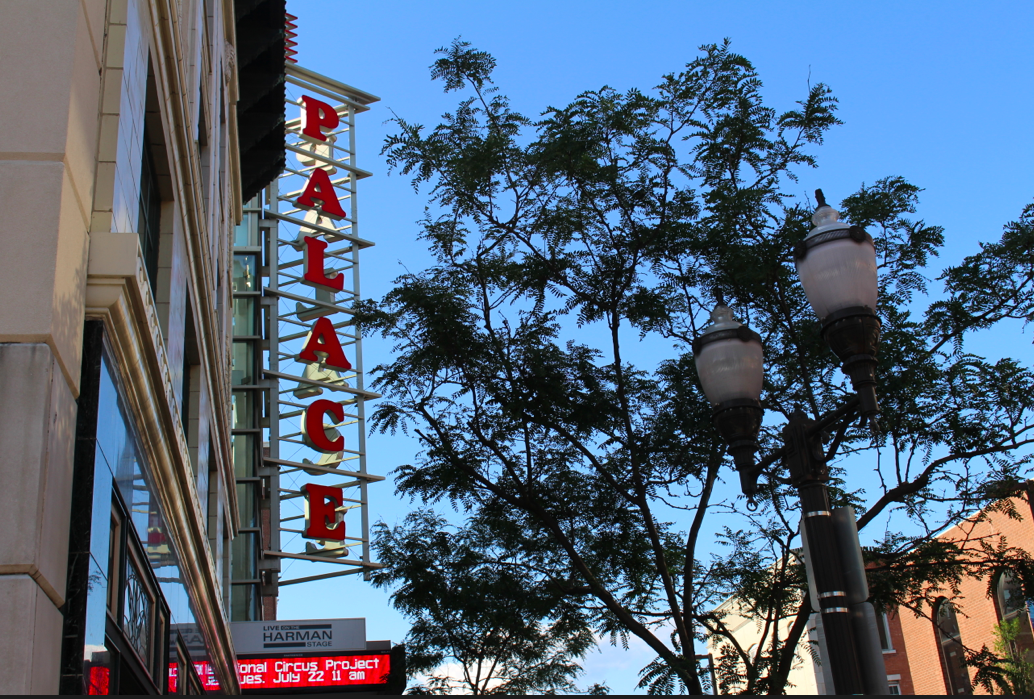 Will & Anthony: A Broadway Holiday
Saturday, Dec. 3 at 8:00 pm
Tickets: $20.00 – $35.00
A Broadway Holiday, performed by recording artists, actors and concert performers Will & Anthony Nunziata, is reminiscent of the classic Christmas Specials of Bing Crosby with a contemporary flair and celebrates the joys of life, music and family. The concert includes fresh takes on classic Christmas songs along with Broadway hits and Italian music. Expect to hear such songs as “Joy to the World,” “I’ll Be Home for Christmas,” ”Silent Night,” “The Christmas Song,” “Lullaby of Broadway,” “O Sole Mio” and more.

Steve Hofstetter
Wednesday, Dec. 7 at 8:00 pm
Tickets: $20.00
Author, columnist, and comedian Steve Hofstetter is fueled by an immense online popularity and a Prius with great gas mileage. Hofstetter’s national TV debut came on ESPN’s Quite Frankly, where Stephen A. Smith yelled at him for three minutes. Hofstetter has also appeared on CBS’ “Late Late Show With Craig Ferguson”, Showtime’s “White Boyz in the Hood”, VH1’s “Countdown”, Sundance’s “On the Road in America”, and ABC’s “Barbara Walter’s Special”, where he thankfully did not cry. He is the host and executive producer of “Laughs” on Fox networks, where he only cries occasionally.