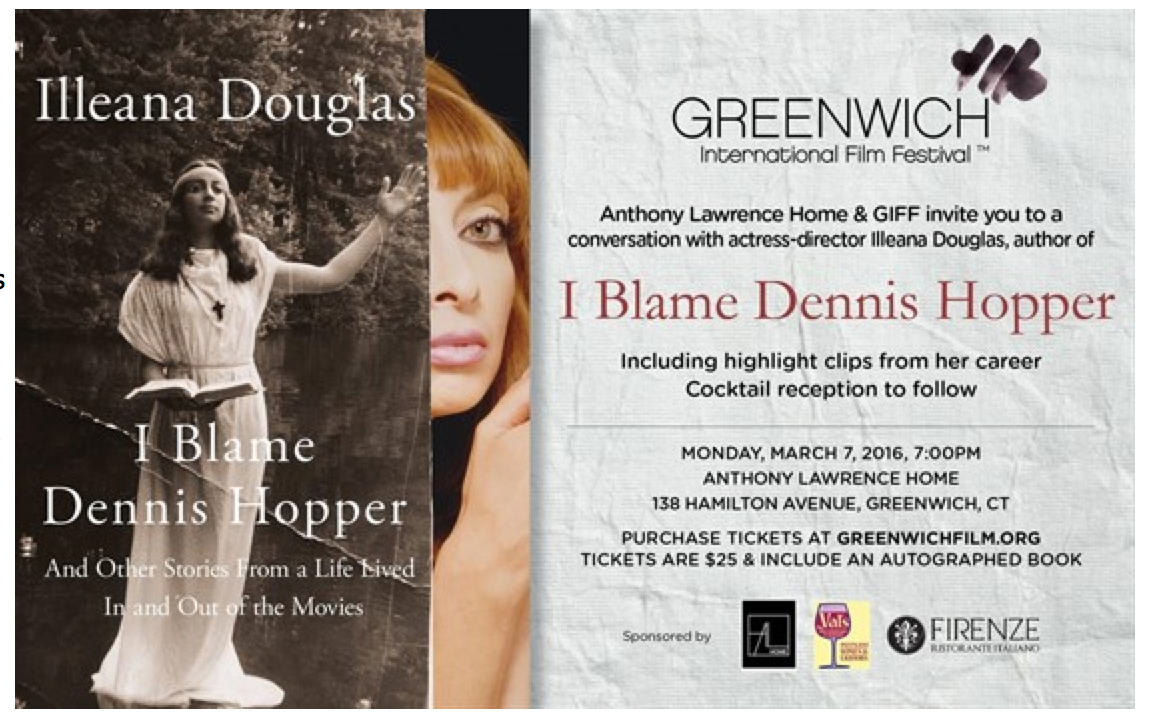 The Greenwich International Film Festival is hosting Illeana Douglas at Anthony Lawrence Home in Greenwich on Monday, March 7 at 7:00 pm. The evening features highlight clips from the actress’s career. Douglas is also the author of I Blame Dennis Hopper and every ticket includes an autographed book. Tickets are $25 and can be purchased through the GIFF website.

Illeana first came to prominence as Matt Dillon’s suspicious sister in Gus Van Sant’s To Die For (1995), for which she was a New York Film Critics award nominee. Other memorable performances are Goodfellas (1991) Cape Fear (1993).

lleana’s memoir entitled, I Blame Dennis Hopper, was released in November 2015 and continues to receive rave reviews. Illeana is the granddaughter of movie icon Melvyn Douglas. Her book is a testament to the power of art and the tenacity of passion. It is a rollicking, funny, at times tender exploration of the way movies can change our lives. With crackling humor and a full heart, Douglas describes how a good Liza Minnelli impression helped her land her first gig and how Rudy Vallee taught her the meaning of being a show biz trouper. From her first experience being on set with her grandfather and mentor-two-time Academy Award-winning actor Melvyn Douglas – to the moment she was discovered by Martin Scorsese for her blood-curdling scream and cast in her first film role. 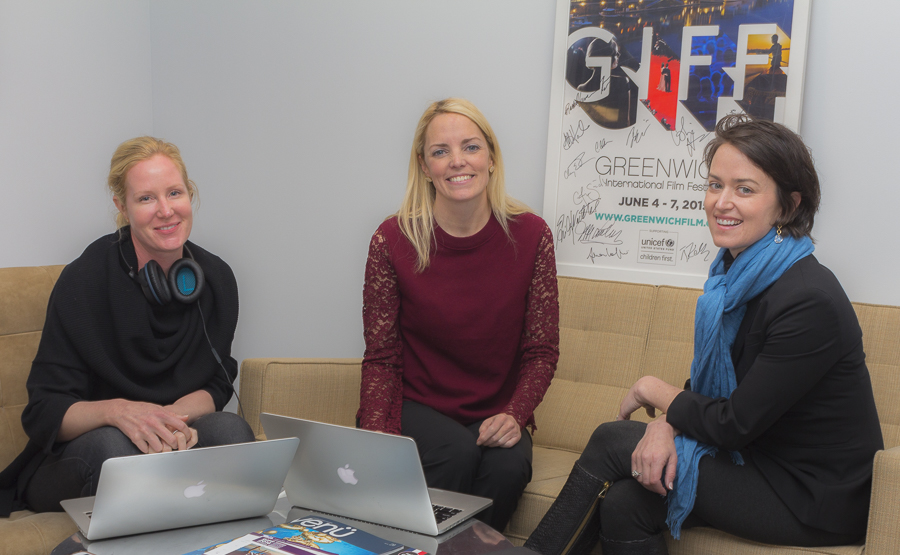 Greenwich International Film Festival (GIFF) is a non-profit organization that celebrates the visual arts in Greenwich, with a world-class film festival in June  and supporting events throughout the year.

GIFF was founded to bridge the worlds of film, finance and philanthropy. The Festival’s mission is to provide filmmakers with the opportunity to showcase their work, with the goal of finding financing and distribution. Additionally, GIFF harnesses the power of film to serve the greater good by supporting an important cause each year. The second annual festival will take place June 9th to 12th, 2016 and will support important human rights causes.

A Conversation with the GIFF All-Female Dream Team: This Year’s Mission