The Gateway Orchestra of the Gateway Classical Music Society will perform Sunday, November 13, 2016, at 7:00 p.m. in the Second Congregational Church, 139 East Putnam Avenue in Greenwich.

In recognition of the New York Philharmonic’s important contribution to the world for having commissioned and premiered the Dvorak’s New World Symphony during the composer’s stay in America during the late 1800s, Gateway is including the Symphony in all its concerts for the season through the spring of 2017 to help foster the New World Initiative’s goal of having “as many interpretations of the work reach as many ears as possible.”

The Gateway Orchestra, conducted by artistic and music director Ida Angland, was invited to be part of the New World Initiative because of its history of performing in New York City for over a decade. The Gateway Orchestra has also performed masterworks to audiences in other Tri-State venues.

In addition to the New World Symphony, programmed for the November 13 th symphonic and operatic evening, will be Beethoven’s Coriolan Overture, J. Strauss’ Overture to Die Fledermaus, opera arias and duets, and the Franz Waxman Carmen Fantasie for Violin and Orchestra. 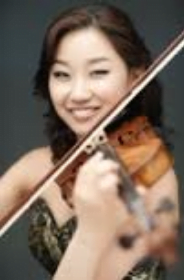 Soloists will be violinist Yezu Elizabeth Woo who was featured in the Shostakovich Violin Concerto No. 1 for the Gateway Orchestra’s 2015 Tri-State Regional Tour; Soprano Lisbeth Lloyd, who formerly sang with the New York City Opera and is currently Director of the Youth Choirs at the Second Congregational Church in Greenwich; and Baritone Asa Fradkin, founder and director of the Temple Sholom Teen Choir in Greenwich.

Gateway Classical Music Society began in 2004 with Verdi’s Aida as the inaugural performance.

It is now in its thirteenth season. Gateway’s objectives are to present live performances of large music masterworks to city and suburban neighborhoods and to provide opportunities for outstanding soloists to perform major works with the orchestra, with the overall goals of fostering appreciation and popularity for classical music. Every performance offered to the public is presented with the Gateway Orchestra, Gateway’s seventy-member professional orchestra. Gateway’s Great Works of Art Up Close and Personal performances have received enthusiastic audience response and reviews of praise in New York City, Westchester, Connecticut and New Jersey.

The Gateway Orchestra comprises outstanding musicians from the Tri-State area. Some players are former members of orchestras such as the New York Philharmonic. Others are young, professional freelance musicians, many of whom perform in the U.S. and abroad with renowned chamber ensembles and various other professional orchestras. The Gateway Orchestra is a member of the League of American Orchestras.

Ida Angland is the Artistic Director for Gateway Classical Music Society and Music Director and Conductor of the Gateway Orchestra. Prior and concurrent to her involvement with Gateway, Ms Angland assistant-conducted with the New York Grand Opera for seven years for numerous operas and concerts in Central Park and Carnegie Hall. The Greenwich Time featured a front page article about her on June 9, 2014, entitled Leading lady conductor makes her mark in field dominated by men.  Ms Angland has been characterized as having “inner genius,” “flair,” “idealism,” and “grit.” 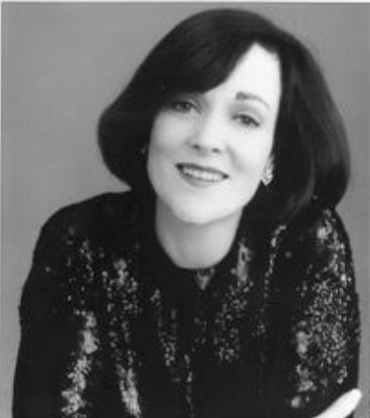 Lisbeth Lloyd, Soprano, has performed as a soloist throughout the United States, Europe, and the Far East. She has sung with New York City Opera, St. Louis Opera, Wolf Trap Opera, St. Paul Chamber Orchestra, Minnesota Opera and in numerous concert halls throughout the United States. Ms Lloyd’s operatic roles have included Violetta in La Traviata, Musetta in La Boheme, Micaela in Carmen, and the Governess in The Turn Of The Screw. She has premiered many contemporary roles including the role of Blondie in Peter Schickele’s The Abduction of Figaro, which was broadcast on Public Broadcasting and performed at Avery Fisher Hall; Mrs. Charmond in Stephen Paulus’ The Woodlanders; and Livia in The Mask of Evil by Henry Mollicone. Ms Lloyd trained at The Juilliard School, works as a vocal coach and is the Director of Youth Choirs at the Second Congregational Church in Greenwich where, under her directorship, the Youth Choir has performed at St. Peter’s Basilica in the Vatican among other places. The November 13 th New World Initiative concert, will be Ms Lloyd’s first appearance with the Gateway Orchestra. 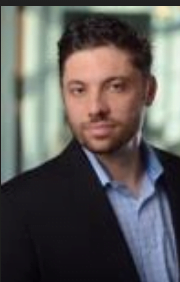 Asa Fradkin, Baritone, won a fellowship to The Cooperative Program where he worked this summer with several renowned opera coaches from the Metropolitan Opera and other music organizations of note. He has been a frequent performer at synagogues throughout the United States including the renowned Temple Sinai of Los Angeles, Adas Israel of Washington, D.C. and Bnai Torah in Boca Raton. Mr. Fradkin founded and directs the Temple Sholom Teen Choir, which, under his leadership, has become one of the largest and most active teen choirs in the country. Mr. Fradkin graduated from the H.L. Miller Cantorial School of the Jewish Theological Seminary in 2007. The November 13 th New World Initiative concert at the Second Congregational Church in Greenwich will mark Mr. Fradkin’s debut appearance with the Gateway Orchestra.

She debuted at Carnegie Hall in 2004 as the youngest performer to have performed all of Paganini’s 24 Caprices for solo violin. She has performed outside the realm of classical music with the KBS Korean Traditional Orchestra that presents a fusion of Korean traditional music and classical music. Born in Freiburg, Germany, Ms. Woo returned to Korea as an infant; and, at the age of 10, she moved to the U.S. where she later studied with Albert Markov at the Manhattan School of Music and with Catherine Cho at The Juilliard School.  The 2015 Gateway Orchestra Tri-State Tour featured Ms Woo in the Shostakovich Violin Concerto No. 1.

For more details about tickets, performances, and artists, please visit the Gateway website at www.gatewayclassical.org or make inquiries by e-mail at [email protected]