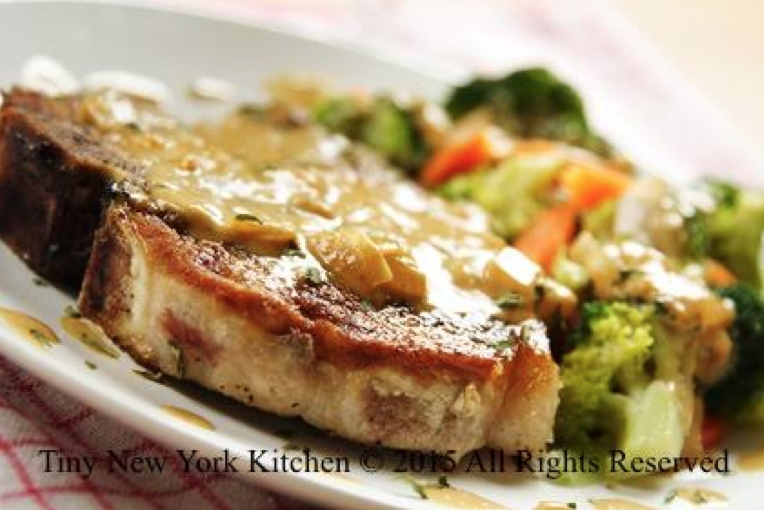 Season both side of pork chops with kosher salt, pepper, and smoked paprika. In large-size skillet, heat olive oil and butter over a medium-high heat. Add pork chops. Cook for 3 minutes per side until seared and browned. Remove from heat and transfer to plate. Tent chops with aluminum foil.

Add onion slices to skillet over a medium-high heat. Stir to loosen browned bits. Cook, stirring often, for 15 minutes until onions are tender. Reduce heat to medium-low and add a bit of chicken broth if onions begin to burn.

Sprinkle flour over onions. Stir to coat. Cook 2 minutes. Slowly add chicken broth. Stir until incorporated. Cook, stirring slowly and constantly, until gravy begins to thicken. Slowly stir in buttermilk. Don’t worry if mixture looks a bit curdled at first, as it will incorporate as you stir. Reduce heat to
ow. Simmer until gravy is thick.