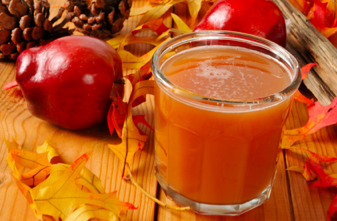 It’s defiantly feeling like apple cider season. Gallons of it are showing up at farmers’ markets, grocery stores, and seasonal celebrations. With a few simple ingredients, you can transform this traditional fall drink into a festive treat.