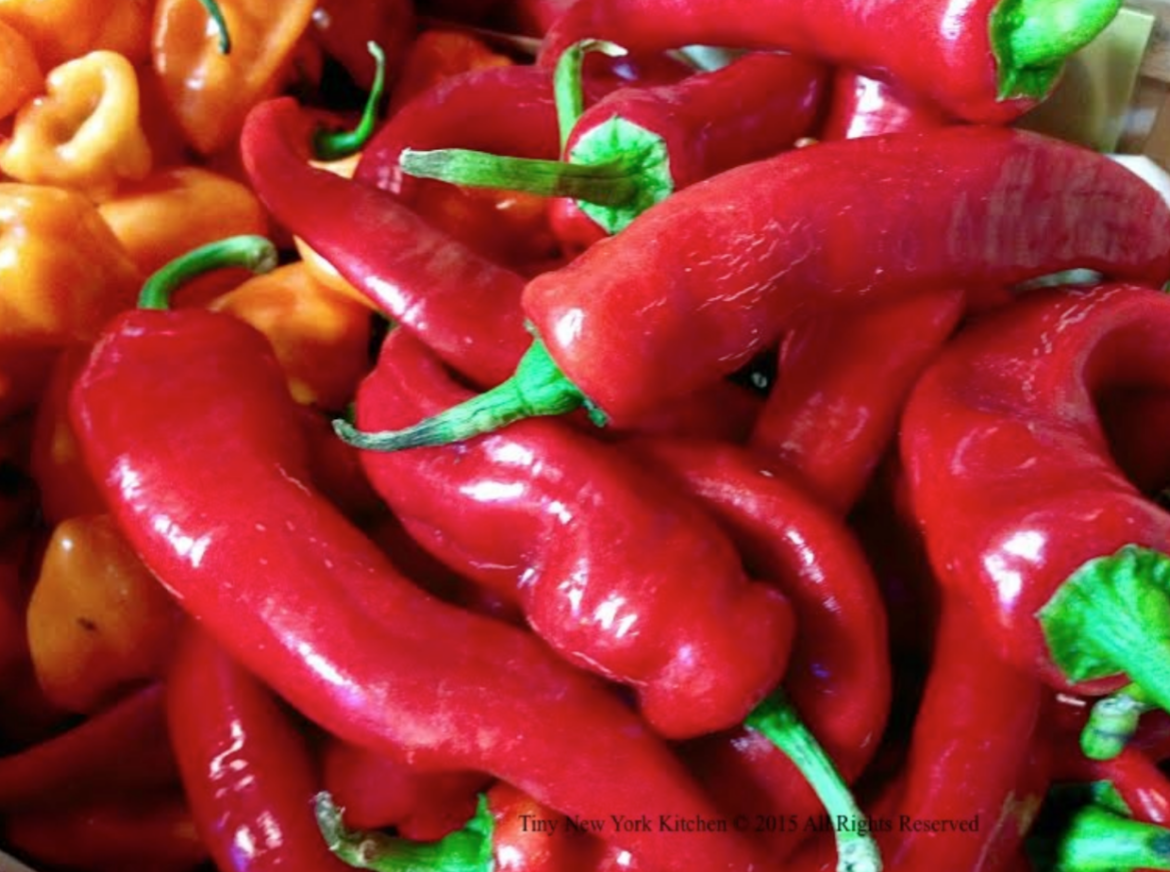 As I sit here, on vacation, looking out at the ocean I’m thinking about chili peppers. I tend to think about all sorts of random things, most especially when I have an opportunity to block out the noise of the outside world. Chili peppers…my first REAL exposure to a wide variety of chili peppers was years ago spending time in New Mexico and then later in Arizona. I love the Southwest and very much appreciate the importance of chili peppers. One way to preserve chili peppers for future use is by drying them. There are two basic ways to dry them.

Wash the peppers with warm water and dry thoroughly with a cloth towel.

You may want to remove the stems from your peppers. If you’re drying them in the oven or food dehydrator you may wish to slice the peppers length-wise as this will allow them to dry faster. It’s usually a good idea to wear gloves when handling peppers, especially if you are a contact wearer.

If you are in a time crunch, using a dehydrator is the fastest method. I like to let my chili peppers dry on their own for a week to 2 weeks BEFORE putting them in the dehydrator. Lay the peppers out on metal mesh racks and
dry them whole. After 10 days slice them open and remove their seeds and stems. You may save the seeds for next year’s planting. Removing the seeds also cuts down on their spiciness. They are then dried in the dehydrator until crisp. This saves energy, as they only need about 12 hours in the dehydrator compared to almost a full day with freshly picked peppers.

Another way to dry chili peppers is by stringing them through the base of their stems with a needle and fishing line and hanging them to dry inside. It will take weeks for the peppers to dry out completely, but in the meantime you get to enjoy the aroma of the peppers. Whole dried chili peppers can last for up to two years for culinary purposes and up to 10 years for decoration. The peppers can be rehydrated and used for blended salsas and mole, used in brines for poultry and pork, or ground into a fine powder for seasoning. Dried chili powder can be used alongside salt and pepper for cooking most
foods.