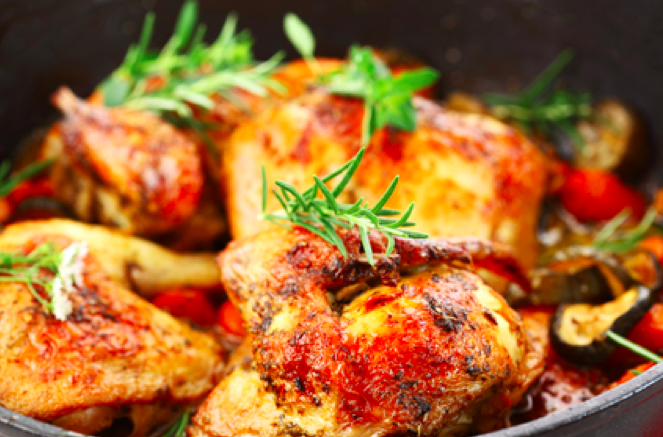 If you would rather have your potatoes extra-crispy, then return the pan to the oven while the chicken is resting.

Remove from oven and turn vegetables over. Add chicken pieces to centerof baking sheet. Brush chicken with pan juices. Place in oven for 30 minutes until chicken is cooked through and skin is golden brown.