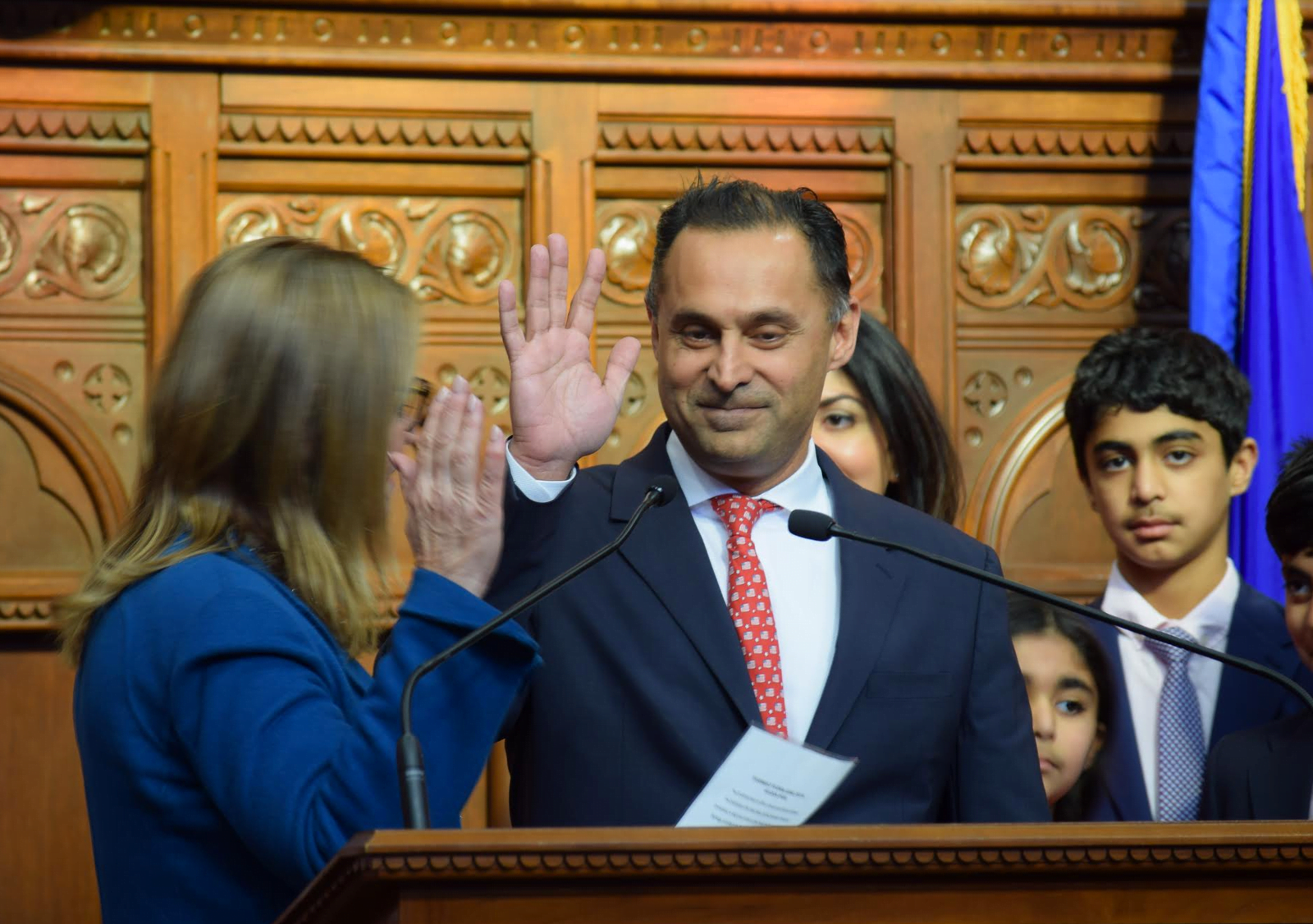 Harry Arora officially took office on Wednesday in the House Chamber of the State Capitol to become the new State Rep in District 151, which includes parts of Greenwich.

Arora won the special election on January 21 to replace Fred Camillo who is now serving as Greenwich First Selectman.

Secretary of State Denise Merrill administered the oath in Hartford on Wednesday.

“I have two priorities. Number one – to make sure I am the liaison, I am the advocate, and that I am the proponent for my constituents,” he continued. “Secondly, I want to make sure that I spend my time on policies which will help Connecticut become the fastest growing state.”

“Finally, it’d be hard not to mention my personal story, the story of my family,” Arora continued in the release. “Myself and my wife Nisha were at a swearing-in ceremony about 16 years ago when we got sworn-in as citizens of the United States of American, and now, I have this opportunity given to me by the 25,000 people in my district to fight for them, to advocate for them, and to represent them.”

House Republican Leader Rep Themis Klarides said in the release, “Harry Arora’s victory added momentum for our Republican cause statewide and comes on the heals of a big win in the local elections in Greenwich and the Fairfield special election the week before.”

“We are on a run in Fairfield County,” she continued. ” It was Harry’s message to the voters of smaller, smarter government, lower taxes and a transportation plan that makes sense without dipping further into taxpayers’ pocket that carried the day. We welcome Harry to our House Republican caucus as its newest member.’’

The 2020 legislative session convenes Wednesday, February 5, and will adjourn in May.