Last spring the New Lebanon building committee explored the idea of housing students in modular classrooms on the field at Western. Around that time, RTM district 3 member Dawn Fortunato and environmental scientist and surveyor Mike Finkbeiner conducted independent soil tests of the fields at Western.

In time for Earth Day, Ms. Fortunato said, “The soil sampling revealed lead and arsenic levels above the legal limits for humans. It came in at 600 ppm and the threshold for safety is 400. That was just one sample. Where is the Town’s testing?” she asked.

Since then the Town hired environmental consulting firm Langan, who found elevated levels 0f arsenic. From there, the CT Dept of Public Health requested additional testing, which was the subject of Wednesday’s release.

While the results exceed the CT DEEP residential direct exposure criteria, the statement said that concentrations do not exceed Federal or State regulatory thresholds that require reporting or action.

Reached by email, Ms. Fortunato said, “It’s about time we are doing right by the community, protecting the children of the tax payers, and our educators.  Had our predecessors performed their due diligence we wouldn’t be where we are today.”

According to the statement, First Selectman Peter Tesei and Interim Schools Superintendent Sal Corda agreed that it would be in the best interest of students, families and staff to close the fields until there is an action plan.

“This piecemeal, reactive approach is simply not working,” Marzullo said. “It should come without question that dirt especially on school grounds is free from any potential health risk. Cleanup at Western should begin immediately. To wait weeks if not months for the state to recommend such is irresponsible, not fiscally prudent and blocks students from outdoor athletic activity. If this contaminated soil is not properly addressed what parent from the other side of town will send their child to Western knowing this. This is also a serious perception issue.” 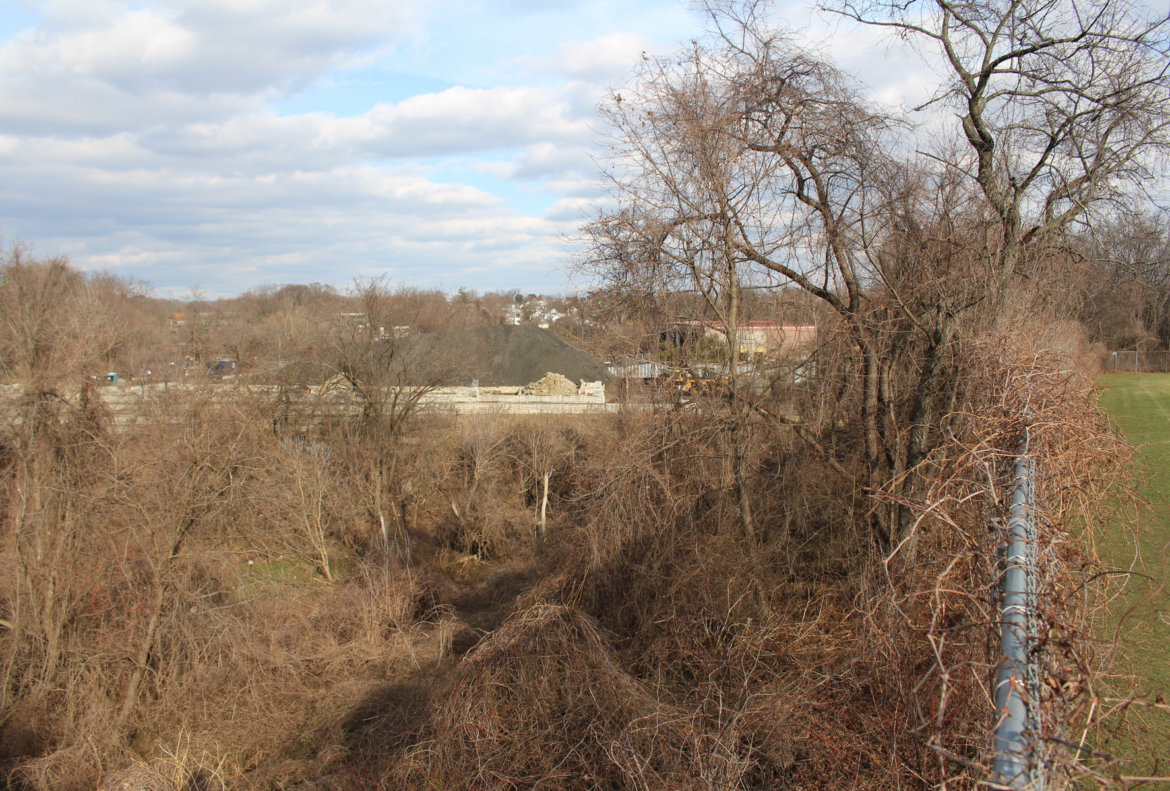 View of Holly Hill and pile of millings from field at Western Middle School. Contributed photo 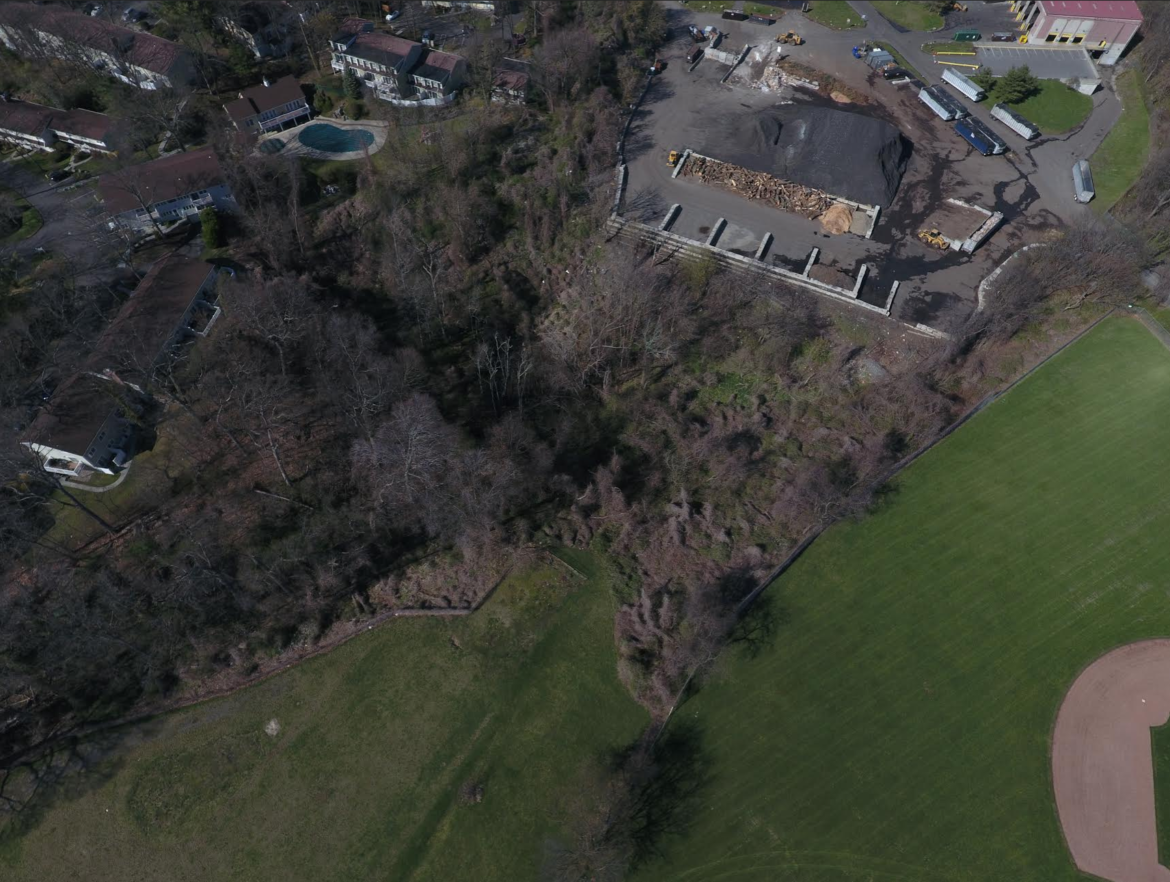 Below are questions and answers included in the statement released on Wednesday afternoon:

Why was environmental testing conducted on the Western Middle School field soil?

The New Lebanon School Building Committee was evaluating the construction of temporary swing space for its students on a portion of the Western Middle School property located to the west of the existing athletic fields. As part of the evaluation, Langan was contracted to sample soils in the proposed construction area to evaluate potential environmental concerns.

After initial testing was completed, Langan presented a Human Health Risk Assessment (HHRA) based on their findings to the State Dept of Health for review. The State DPH requested that the remaining portions of the Western Middle School playing fields be included in the overall assessment. While the New Lebanon School building committee has since determined that Western will not be used as a temporary swing site for the construction project, Greenwich Public Schools administration continued with the testing in order to finalize the HHRA as requested by the State Dept. of Health.

Testing process and findings: The WMS field was divided into a thirty (30)-section grid. In coordination with the State DPH, soil samples were collected from each grid at depths of zero inches to 3 inches below ground surface, and analyzed for semi-volatile organic compounds (SVOCs), polychlorinated biphenyls (PCBs), metals, pesticides, and herbicides. The test results (see table below) revealed elevated levels of lead in five (5) grid sections, elevated arsenic in three (3) grid sections, elevated PCBs in two (2) grid sections, and elevated levels of the pesticide chlordane in nineteen (19) grid sections. These elevated levels are below the CTDEEP threshold for a significant environmental hazard, but above the State criteria for Residential Direct Exposure (RDEC), although the RDEC do not apply to this property.

1: Significant environmental hazards are specific conditions defined by law, in Section 22a-6u of the Connecticut General Statutes (CGS), for which property owners have an obligation to notify the CT DEEP when they become aware of such conditions. These conditions are termed significant hazards because they pose a potential short-term health risk to exposed individuals or the environment. The table above illustrates that the constituents identified at the site were detected below the CTDEEP thresholds for a significant environmental hazard.

2: CT Residential Direct Exposure Criteria: The DECs are established to protect human health from risks associated with direct exposure to pollutants in contaminated soil within 15 feet of the ground surface. These criteria are based on generic and conservative exposure scenarios that represent a much higher intensity and duration of exposure to the specific constituents identified at the school. Note: The DEC does not apply to this property, but the criteria are used as guidance absent any regulatory requirements.

The presence of a chemical in the environment alone does not necessarily pose an acute (short-term) or chronic (long-term) risk to human health. Although constituents have been identified in soils at concentrations exceeding the Connecticut RDEC, these criteria do not apply to this site and are based on generic and conservative exposure scenarios that represent a much higher intensity and duration of exposure to the specific constituents. In order to scientifically determine the likelihood and severity of adverse health effects from exposure to constituents identified in the fields, Langan conducted a site-specific HHRA in accordance with standard Federal EPA guidelines and procedures. During the risk assessment process, both the toxic properties of chemicals and the ways that exposure may occur are evaluated to develop risk estimates for potentially exposed individuals. The risk and exposure estimates that were used in the HHRA are conservative to prevent underestimating health risks to the public. The HHRA evaluates both staff and student populations, and takes into account a more realistic exposure scenario such as recreational use during operation of a school.

Although currently in draft form, the results of Langan’s HHRA indicate that potential health risk estimates for PCBs, lead, arsenic, and chlordane are within acceptable limits established by the EPA, and there are no known significant or immediate risks posed to staff or students.

Western Middle School’s soil analytical data and HHRA are currently under review by the local and State DPHs.

Is the school safe for use?

Yes, the school is safe for use. The precautionary measures taken by closing the fields prevent direct contact and potential ingestion of on-site constituents from the soil. The potential for inhalation of wind-borne dust particles for students and staff at the school was evaluated and the risks were calculated to be well below federal EPA’s negligible risk levels.

The fields will remain closed until the local and State DPHs complete their review of the HHRA and determined if some form of action at the fields is necessary.

What are the next steps?

Fencing will be installed and signs will be posted tomorrow, notifying the community that the fields are closed and may not be used.

Langan will complete/submit the findings of the soil sampling, the Human Health Risk Assessment, and any recommendations for remediation to the State Department of Public Health for review on or before Tuesday, September 6, 2016. Upon completion of DPH review, an appropriate and acceptable course of action will be determined for the safe re-opening of the fields.

Western Middle School Principal Gordon Beinstein, with support from the District’s Facilities Office and Town Parks and Recreation, will develop a plan for addressing the impact that closing the fields will have on outdoor physical education classes, as well as for interscholastic and intramural sports programs.

The Town’s of Greenwich Department of Parks and Recreation also will assess the impact of the loss of use of the fields and develop a plan in the next several weeks to reasonably accommodate Town recreational programs that use the Western fields.