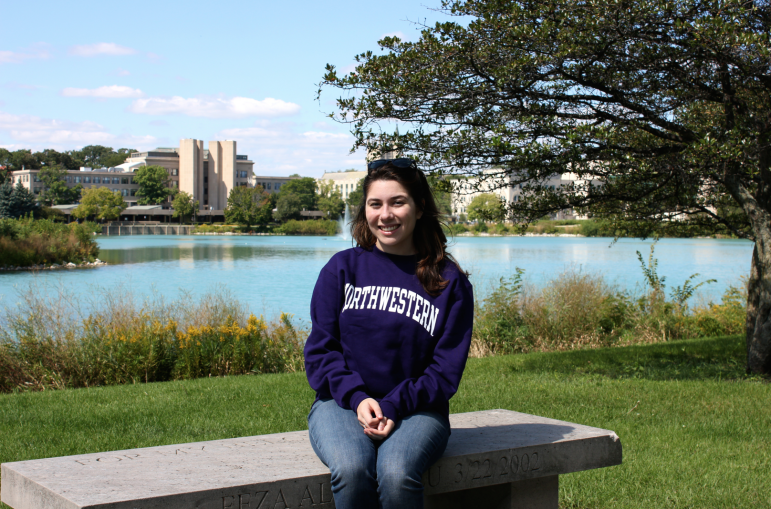 Nicola Traynor graduated from Greenwich High School in the spring of 2014, and recently began school at Northwestern University where she is focused in the Medill School of Journalism, Media, and Integrated Marketing Communications.

It’s the first week of classes and everyone I know is sick.

My first lecture was set to the tune of coughs and sniffles ricocheting across a large auditorium.  It’s comically difficult to make a good impression on seatmates given the necessity of blowing my nose every 5 minutes.

This conflation of illness isn’t exactly surprising– most of us spent the previous week, welcome week, going from activity to activity, meeting countless new people, and running on a heck of a lot less sleep than we were used to in our final stretches of summer.  And now that we’re actually being thrown into these college level classes for the first time, many immune systems, my own included, have just about called it a day.

It’s hard not to feel intimidated by the notion that I’m surrounded by people whose brilliance is equaled only by their own passion.  My first Journalism class, Introduction to 21st Century Media, closed with applause after a sitting faculty member spoke on the lessons she learned writing her Pulitzer- 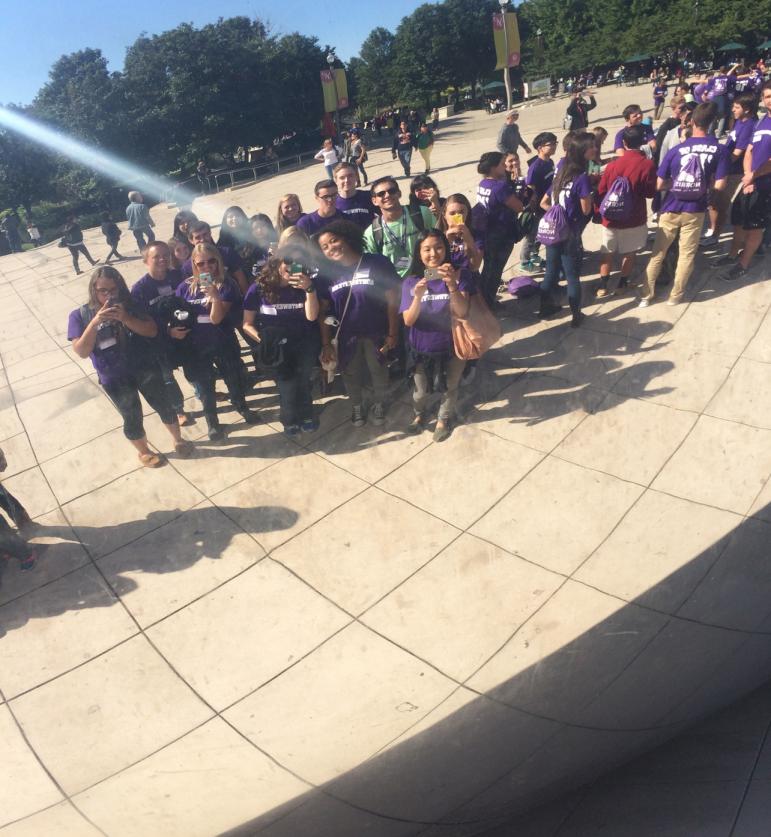 prize winning piece for the Chicago Tribune.  At points during the class the other professor leading the course would stop to ask urgently specific questions like the start and end dates of apartheid, that were immediately met by confident voices calling out the answers from across the large lecture hall.  My English class has close to 500 people in it and surveys two of the most renowned books in Russian Literature (and I’m somehow already behind on the readings).

The activities fair hasn’t even convened yet, but the publications fair alone was chaotic, with seemingly every range of special interest publications in every format the heart could desire.  Interested in sports?  If a sports section of a general publication or a general broadcast format doesn’t suit you then there’s also the multiple sports-specific publications, the sports radio station,  and even a site dedicated to women writing about sports.  For every field of interest the category seemed to unfold in a similar matter.  I left with a clump of pamphlets jammed in my purse and only a vague memory of which email lists I had actually made it onto.

And then on top of that, there’s also the minutia of college life that are still settling like dust.  I spent a solid 15 minutes today just trying to find my way out of the Tech building, a building that boasts it’s the second largest building under five stories after the pentagon– although I bet the pentagon has much more clearly labeled signs.  Just a couple days ago my roommate and I found our dorm kitchen for the first time, located two floors down from ours (which would have been helpful info by the way, Jake the RA that I haven’t seen since move-in day).  Not to mention the realization that there’s things we could really use and didn’t think to get, like a hot water heater (unless Jake the RA that I haven’t seen since move-in day is reading this, in which case we would never do such a thing and are definitely not even considering buying one). 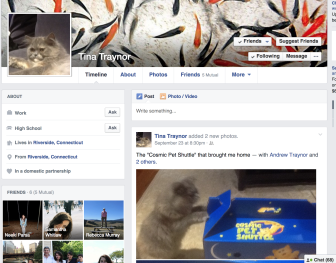 There’s also the adjustment of living somewhere new, of living with a roommate for the first time, and of finding time to talk to family and friends from home.  Coming from a pretty close-knit family I think I had the expectation that I would be homesick, but honestly you’re so busy and excited to be there that it’s difficult to even find the time to feel down.  I miss my family members, but I also feel like I’m able to talk to them in countless ways, not just through Skype and phone calls and texts, but also through other formats.  I woke up one day to find that I had been added to a Facebook group chat containing my parents, and then my brother when he created an account later that day, and then my cat when she created an account of her own a day later (it’s true; Tina Traynor takes her social media very seriously and contributes regular meows to our family group chat).

And despite this feeling that I may be swallowed whole, that there are a million things going on academically, socially, and even just in settling into a new home, I can feel this place breathing life into me.  Every day has been a thrill, every new person I meet as interesting and friendly as the days begin to add up.  Despite the countless opportunities that present themselves at a place like this, it seems as though everyone is well-rounded, and humble despite their accomplishments.  It’s hard not to feel overwhelmed, and yet somehow I don’t really.  It doesn’t feel like there’s a pressure to be great at everything, rather there is simply an expectation to explore who you are and what actually makes you tick.

And more than that, and definitely a gigantic change from the competitive high school atmosphere, people here don’t seem as afraid to show the cracks in th 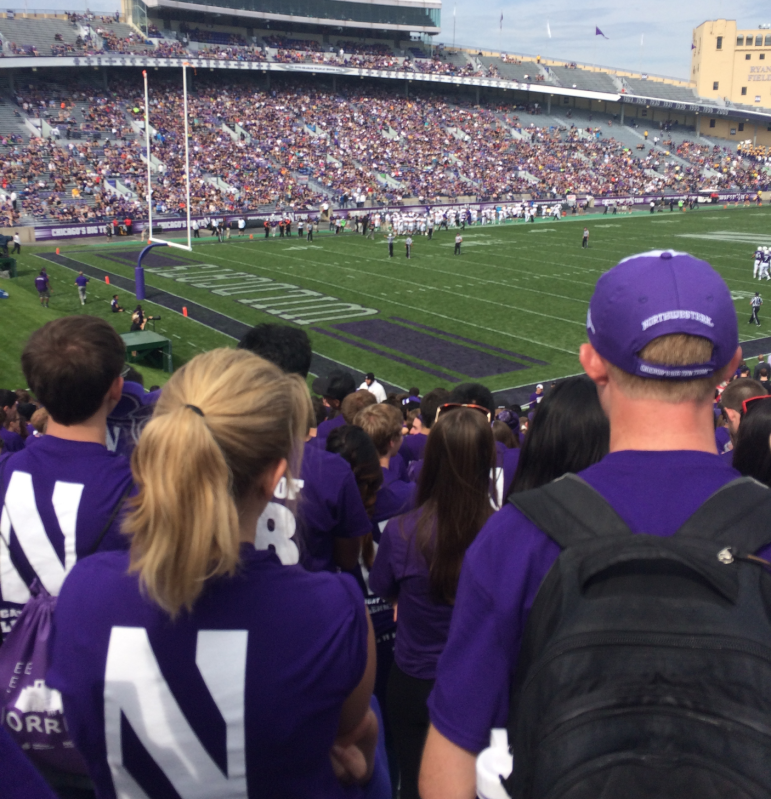 eir exteriors.  If something is difficult or frustrating, people talk about it.  Peers have admitted that they’re nervous about the amount of reading already being assigned, or that they’re uncertain what extracurricular they want to join, or that they don’t exactly have their major set in stone.  I’ve yet to meet a person here with the attitude that they have everything figured out, but rather people are taking things in step by step.

The number one thing I’ve learned from starting at college?  There’s no shame in asking for help, and there’s so many people here who can help you out if you just know how to reach out.  At no point since I’ve arrived have I felt alone.  Moreover, no matter the different types of people I meet, I love feeling like we’re all united by this same love for our school, even those of us that have only been here a couple weeks.  No matter how different we are, everyone seems aware of how lucky they are to call Northwestern their home. 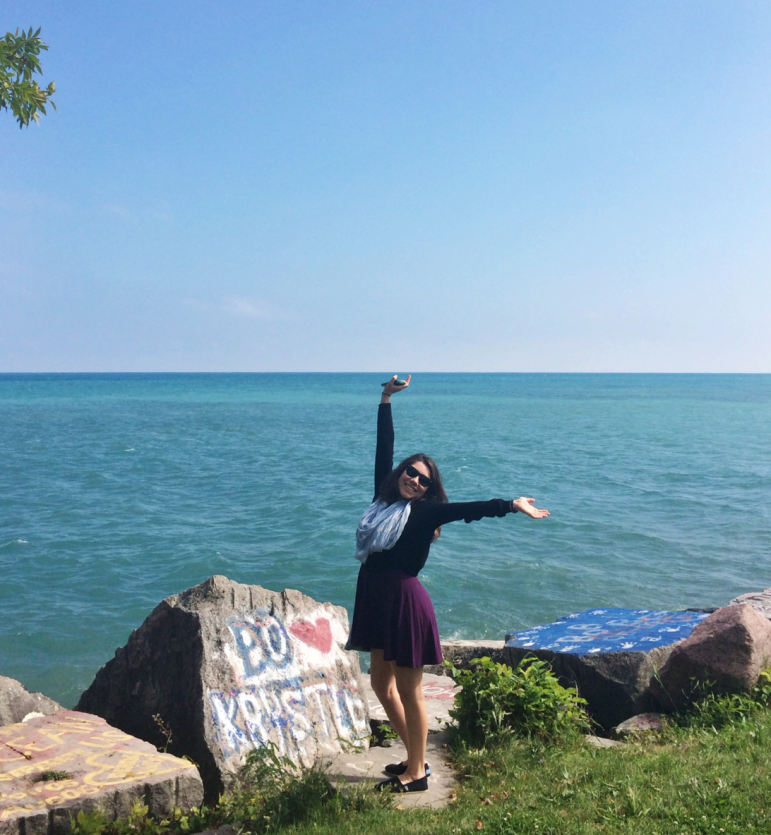 Until it gets cold and then we’ll probably all complain a lot more.