Ms. Somers has been with the Greenwich Public Schools as Principal of CMS since 2009. She was nominated by her PTA membership and was selected by the Connecticut PTA based on the awards program’s criteria for Leadership for Learning, Communication, Community Involvement, and Professionalism. The Connecticut PTA’s selection notification letter stated, “Winning this prestigious award is a testament to an administrator’s success working collaboratively with the varying needs of PTA members.”

Ms. Somers will be honored with the award at the Connecticut PTA Outstanding Administrator Awards Dinner on April 30, 2015 in Milford. 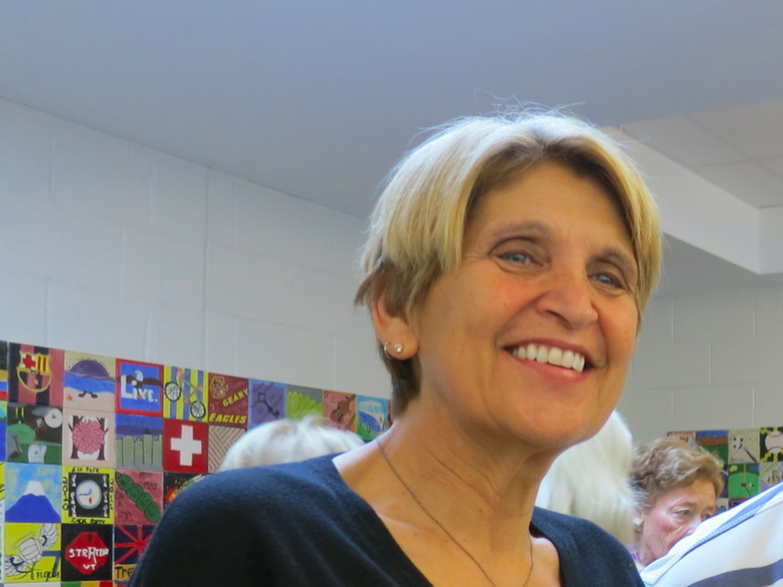 Prior to joining the Greenwich Public Schools as Central Middle School Principal, Ms. Somers worked for the Beaufort County Schools for ten years as teacher and administrator at the secondary level (1999-2009).

In her role as English and Spanish teacher at the Humanities School of Beaufort in 1999-2000 she designed curriculum for both disciplines and created a Drama Department for the school, directing four productions.

In 2000, she moved to Battery Creek High School in Beaufort as an English teacher and Department Chair. She taught English and Journalism for students in grades 9-12, supervised the Department, developed and implemented a Tech Prep curriculum and a ‘small learning community’ for at-risk students. She was recognized for her significant contributions to the school as the Battery Creek High School 2003 Teacher of the Year. In 2003, she was appointed Assistant Principal for Hilton Head High School, where she was responsible for the English and Social Studies Departments and acted as the ESOL Coordinator.

Recognizing the need for targeted interventions, Ms. Somers developed and taught an after school credit recovery program, and designed and implemented an alternative program for at-risk students.

She taught English at Robert Smalls Middle School in 2005-06 before accepting the position of Head of School of Arts, Communications and Technology at Beaufort High School in 2006. In this role, Ms. Somers developed curriculum for school majors – Engineering, Media, Visual/Performing Arts, and Communications. She also acted as Community Liaison and has been skilled at developing partnerships with local businesses and the arts council, as well as a dual enrollment program with the local community college.

Ms. Somers is experienced with data-driven decision making and identifying the needs of individual students. She is innovative in her approach to program development and instructional strategies to meet the needs of students, and she has been a consistent and valued advocate for her students.