On Friday, June 1, Riverside School held a school-wide assembly to highlight two recent student fundraisers: Pennies for Patients, which supports the child heroes and fighters of leukemia and lymphoma; and Run for Life, to raise money for a rare disease called HERNS.

Not only did the Riverside School community raise more money this year than it did last year, the assembly celebrated the way in which the funds were raised – by not only collecting money, but working hard to earn it, too.

This year, the Riverside Student Council hosted and teamed up against cancer in the annual Pennies for Patients Drive.

Starting on March 14 for three weeks, each student at Riverside received a personal box to collect – and earn – as many pennies nickels, dimes, quarters and even dollars that they could.

Students worked as individuals, as classes and as a school to raise an astonishing $4,247.78, or $747.78 more than the original fundraising goal. 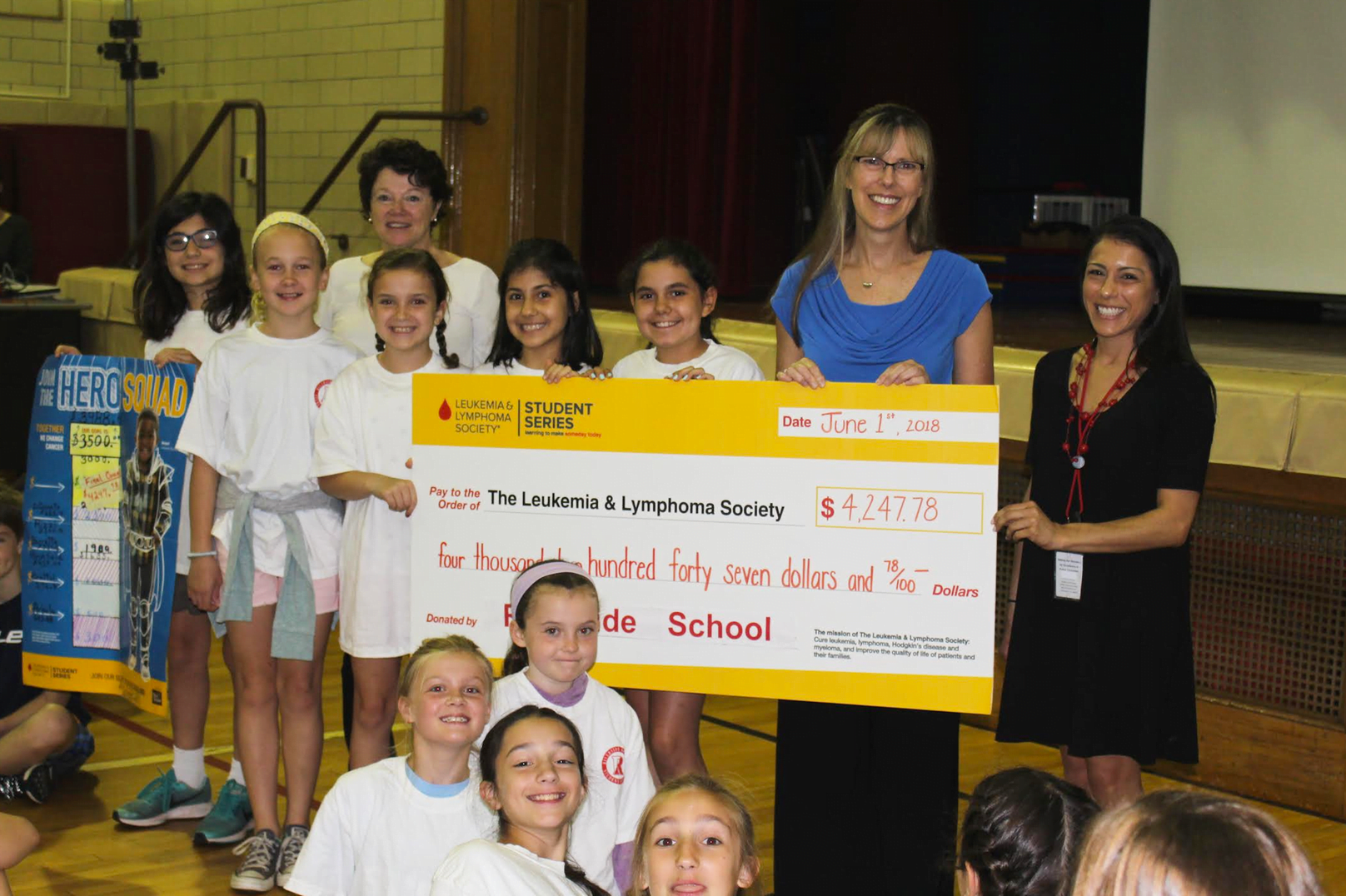 The program was met with enormous enthusiasm: Starting with the jersey day kick-off and ending with crazy hair day, it was thanks to the Riverside students’ dedication and generosity that the fundraising target was exceeded.

What’s more, they went the extra mile doing chores around the house and running lemonade stands to raise money for this great cause. Some classes raised more than $100.00, several raised over $250.00 and one class even collected over $600.00 to team up against cancer and become a squad of heroes helping kids fight leukemia and lymphoma.

Over the course of the week of May 7-11, Riverside School students also participated in the inaugural Run for Life fundraiser. During P.E. class and recess, children ran and/or walked laps around the school’s large field to raise money for HERNS, a rare disease affecting the husband of a Riverside School teacher.

Through the Run for Life campaign, Riverside School raised over $6,000 for HERNS disease research. Students who participated completed a total of more than 15,600 laps to raise these funds. Some children even gave up their recess time at the end of the week to run more laps to further support the cause. All money raised by this event will go directly to Mount Sinai Medical Center in New York City for research and treatment of HERNS disease.