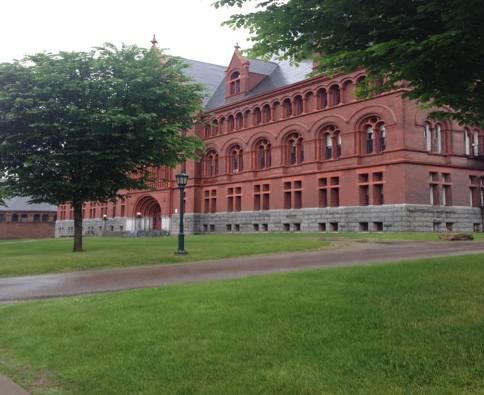 As my high school career nears its’ ‘finale’, I can not help but feel joyous for the weeks ahead of me. Though this happiness comes with thoughts that seem somewhat daunting, like the fact that in a few weeks I will be on my way to college. I can not express to you all the great excitement I have to begin my future but it is also kind of scary to be reminded of the fact that this part of my youth will soon just be a memory, and that in a few weeks I will have to make entirely new friends.

This past week I attended orientation at the University of Vermont, which was seriously nerve-wracking for me since I am a very introverted person. I remember when I was 13 my parents sent me to sleep-away camp and I had such difficulty opening up to my bunkmates and befriending new people. I soon found that my experience at camp would be nothing like this since I had the ability to recreate the person I wanted to be.

Upon arriving students were split into different groups based on the school matching their preferred major, for me that is the College of Arts and Sciences. We then got our temporary bunkmate assignments, which was probably the worst part for me since my bunkmate decided not to show up to orientation. I tried my best to keep a positive mind about it all as we headed off to welcome meetings and lectures however, this was easier said than done. I sat through the lectures feeling disappointed with how the day was turning out. 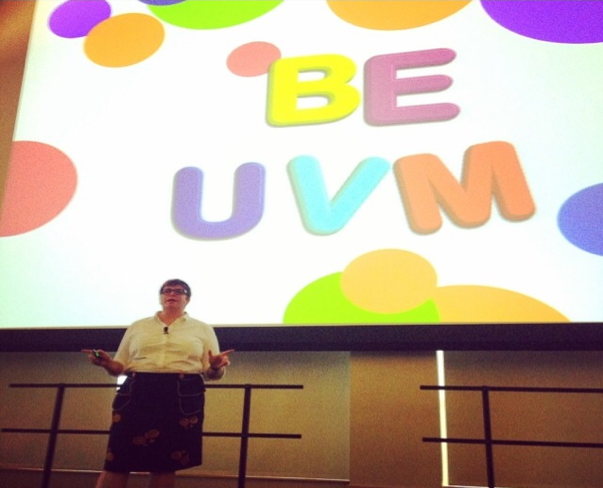 As orientation went on I found myself sitting through one lecture about diversity that really seemed to speak to me. The speaker, Jessica Pettitt urged students to get out of their heads and to eliminate the voice that is reluctant to hear a different perspective. She brought the speech back to the topic of social justice and varying point of views. Something she said that really stuck with me was, “forget being wrong, instead remember there is always room to get righter.” Meaning, no one is ever entirely wrong but no one is ever entirely right either.

This is something I have decided to really apply to my future, because going in to orientation I was harboring feelings of negativity and going off of the idea that I would not make friends and that my overall experience would be bad. Which was pretty much the case. If my perspective had been different perhaps I would have been able to enjoy myself more, however I was so adamant that it would basically just suck. I neglected to notice small details like how beautiful the campus was despite the rain.

A closing note to all readers: Life is what you make it. It is about having a positive perspective, so there is no room to entertain the negative what- ifs and it is about forging your own path but always leaving room to get ‘righter.’