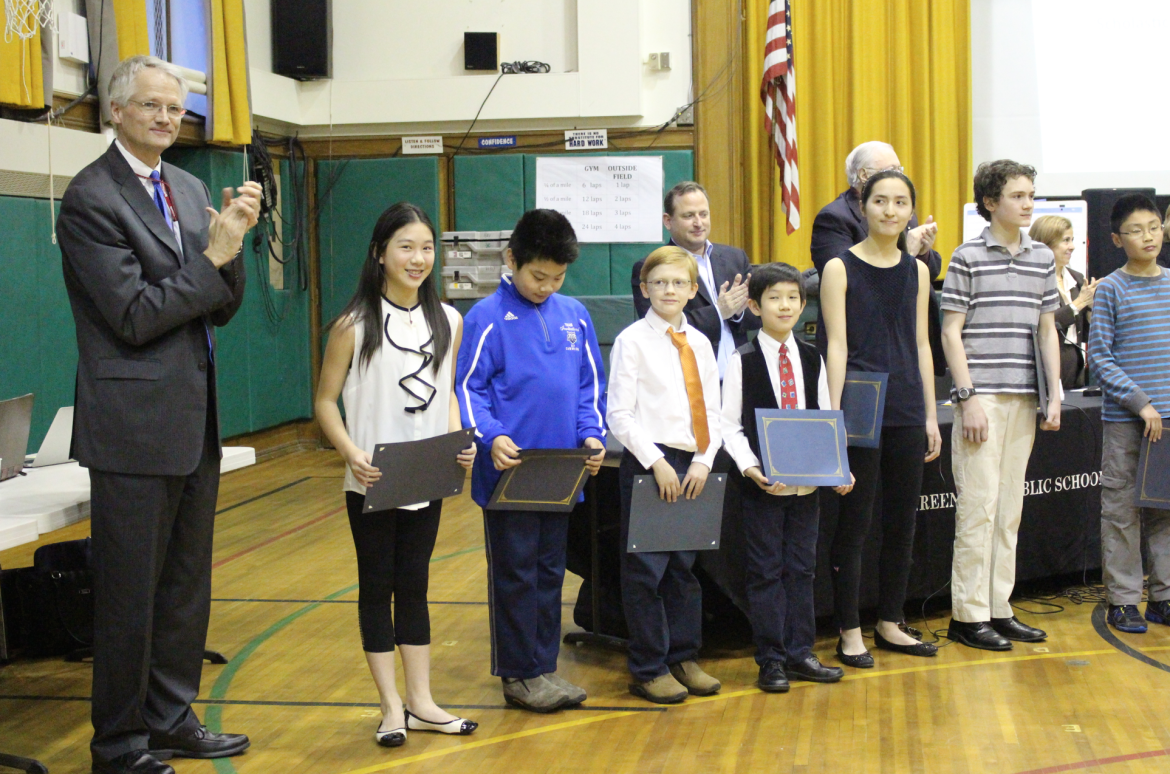 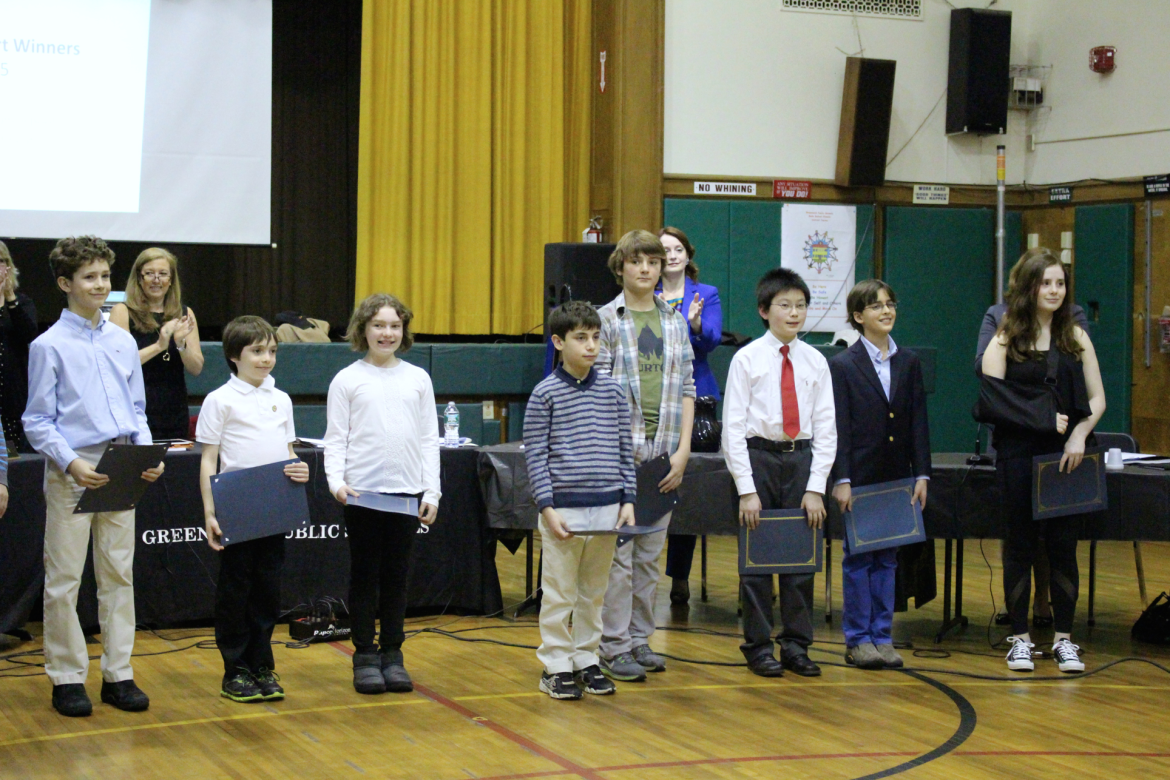 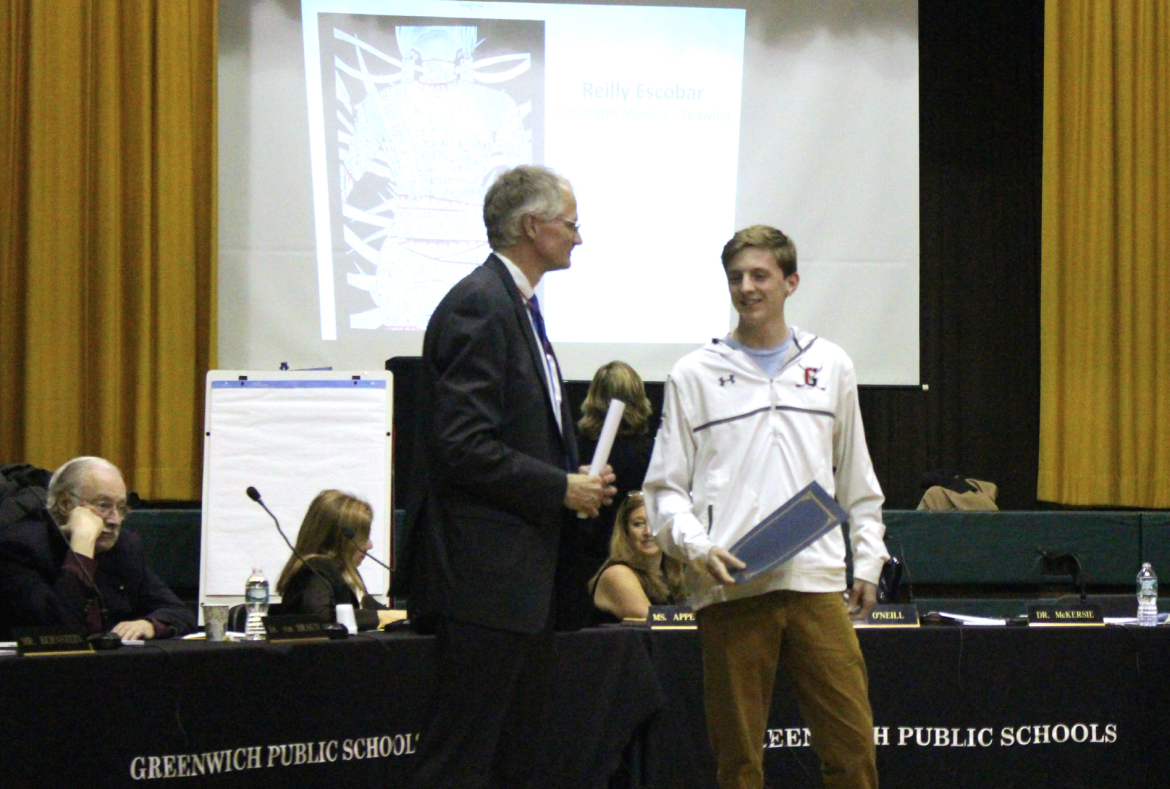 Although the Scholastic Art Awards competition has become more selective, with fewer awards, Greenwich has always  placed in the top 5% of the 130 participating schools in Connecticut.

Now, in their 92nd year, the Scholastic Art and Writing Awards is largest, longest running and most prestigious recognition program for creative young people in the US.

The awards have had an impressive legacy, dating back to 1927, and a noteworthy roster of past winners including Andy Warhol, Sylvia Plath, Truman Capote, Richard Avedon, Robert Redford and Joyce Carol Oates.

This year alone in Connecticut, the competition drew more than 1,500 entries from students around the state. Although Scholastic is a national competition, it begins with each teacher submitting at most 4 entries — either singles or portfolios on the state level.

Gold key winners for the states went on to compete on the national level in March, and Greenwich has a national winner. 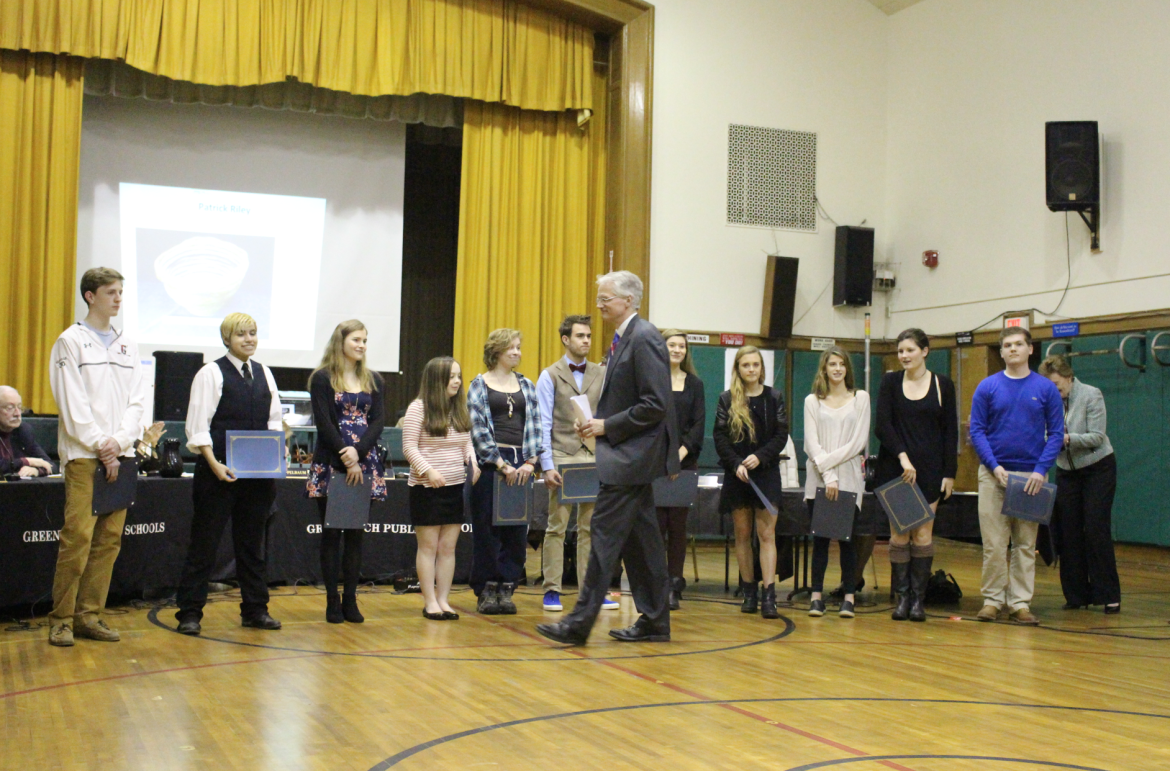 Scholastic Arts and Writing award winners from Greenwich Public Schools were recognized at the March 2015 Board of Education meeting at Julian Curtiss School. Credit: Leslie Yager 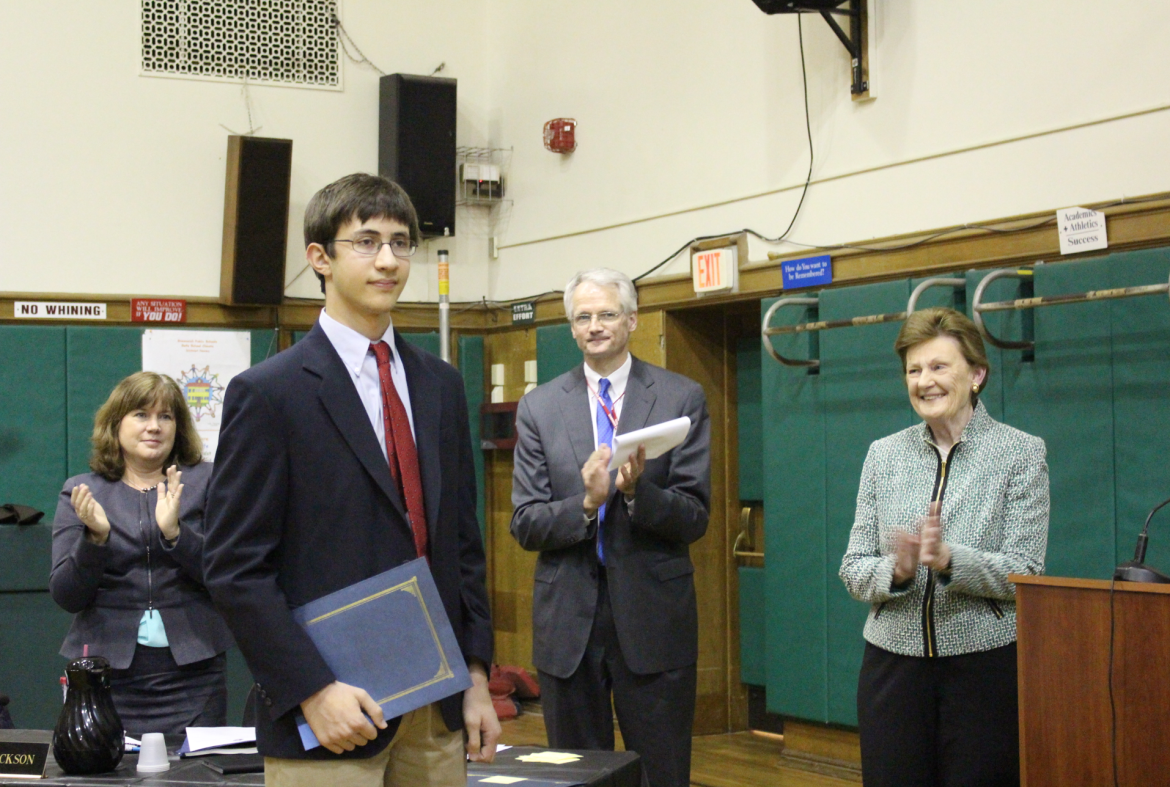 Michael Kural, a GHS junior, won one of 10 Gold Medals in the 2015 Romanian Master of Mathematics competition. Credit: Leslie Yager

GHS junior Michael Kural  competee in the 2015 American Mathematics Competition where he had 75 minutes to answer 25 multiple choice questions. As a sophomore Michael performed in the top 5% of all test takers. In February 2014 and was invited to participate in the American invitational Mathematics Examination. Students had 3 hours to complete 15 questions in which each answer was an integer from zero to 999. Michale was one of approximately 270 students invited to participate in the US Mathematical Olympiad, in which he had nine hours over two days to answer six questions.

These questions required answers that were written in essay or proof form. Michael scored high enough to be invited to the Mathematical Olympiad summer program where he was one of 20 students who qualified to participate in a series of four-hour exams this past December and January.

Now, a Junior, Michael continued to do well and was one of six students selected to compete in the 2015 Romanian Master of Mathematics Competition this past February. Michael received one of ten gold medals during this competition.

In May, Michael will learn whether he was chosen as a member of the International Mathematics Olympiad. Good Luck Michael!