Days before Greenwich High School Homecoming, the bleachers in Cardinal stadium looked like they got slimed. Who you gonna call? The power washer?

This summer was stinking hot. There was also tons of rain, and the showers continued into the fall and a layer of green mold crept along the bleachers.

A proposal up upgrade the stadium with team rooms, viewing deck, concession stand, and rest rooms, included new bleachers, but GHS has no more FAR to add on even a garden shed, and the P&Z proposal for a 30% FAR increase for schools was withdrawn this summer after an outcry from neighbors.

On Thursday the district power washed the green mold off the bleachers. 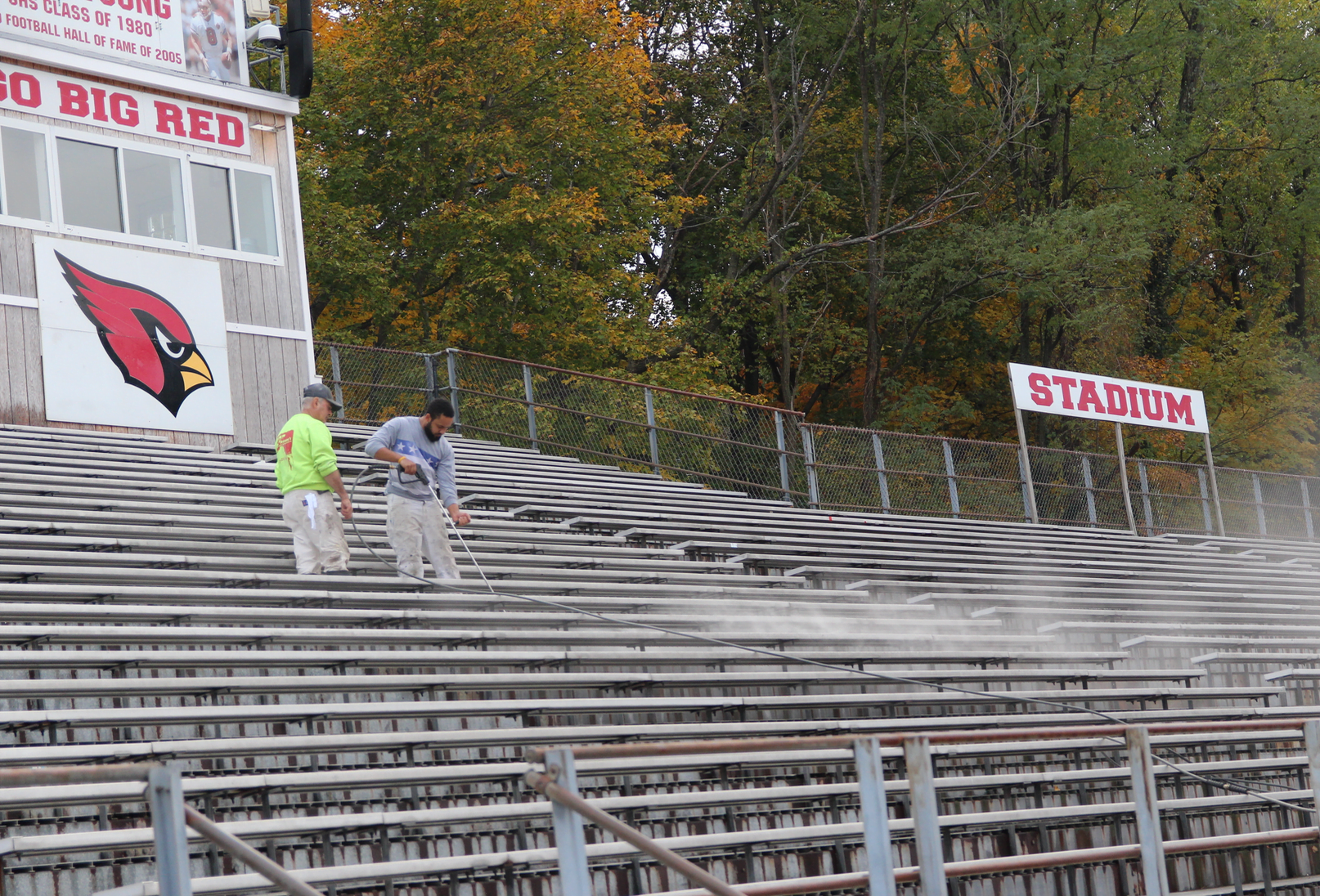 A worker involved with the power washing said the green mold was easily coming off, but that the rust was not. He said the bleachers could be sanded and the rust could be painted over.

Workers from Ferraro’s painting and restoration benefited from mild afternoon temps and hooked into the water source by the concession stand.

The bleachers have a storied history that dates back to 1970. That was the year the then new Greenwich High School opened on Hillside Rd and the former GHS was turned into Town Hall.

The bleachers were originally located in the area of field 4, which was constantly under water after heavy rain. The students joked about needing flippers for PE class.

The town had an ingenious idea in 1978 to fly the bleachers by helicopter uphill to their current location at Cardinal Stadium.

The first time the helicopter attempted the move, it was too windy. The flight was rescheduled, and many GHS alumni of a certain age will recall the sight of the helicopter, if not the image in the Compass yearbook. 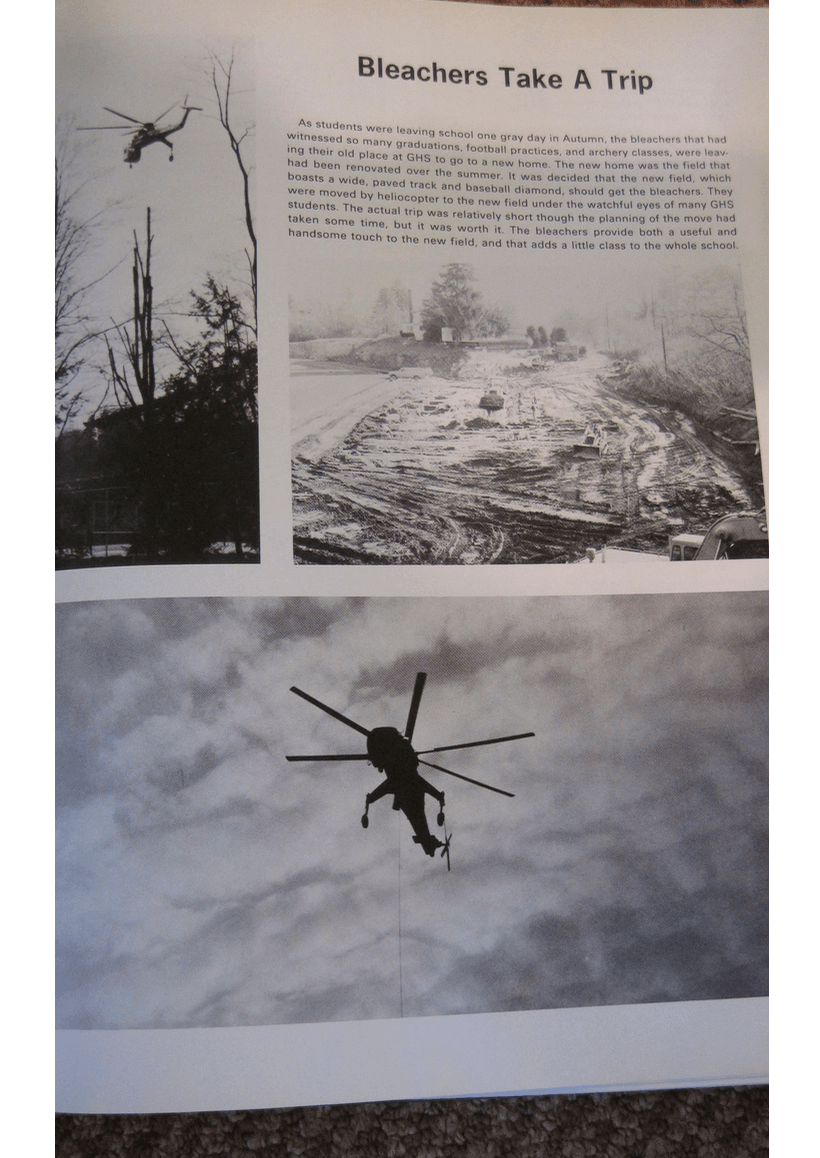 According to Dan Watson, Director of Facilities for Greenwich Schools the Board of Education, not Parks & Rec, is responsible for the care and maintenance of the Cardinal Field bleachers.

Watson said the District had planned to power wash the bleachers on October 25, however, because of the forecast for a Nor’easter on Saturday, and the Homecoming football game being moved back to the night of Thursday Oct 25,  that didn’t leave enough time to wash the bleachers and let them dry.

Underneath the bleachers are stanchions that Mr. Watson said were installed and leased sometime last year. “We have since purchased them,” he said. 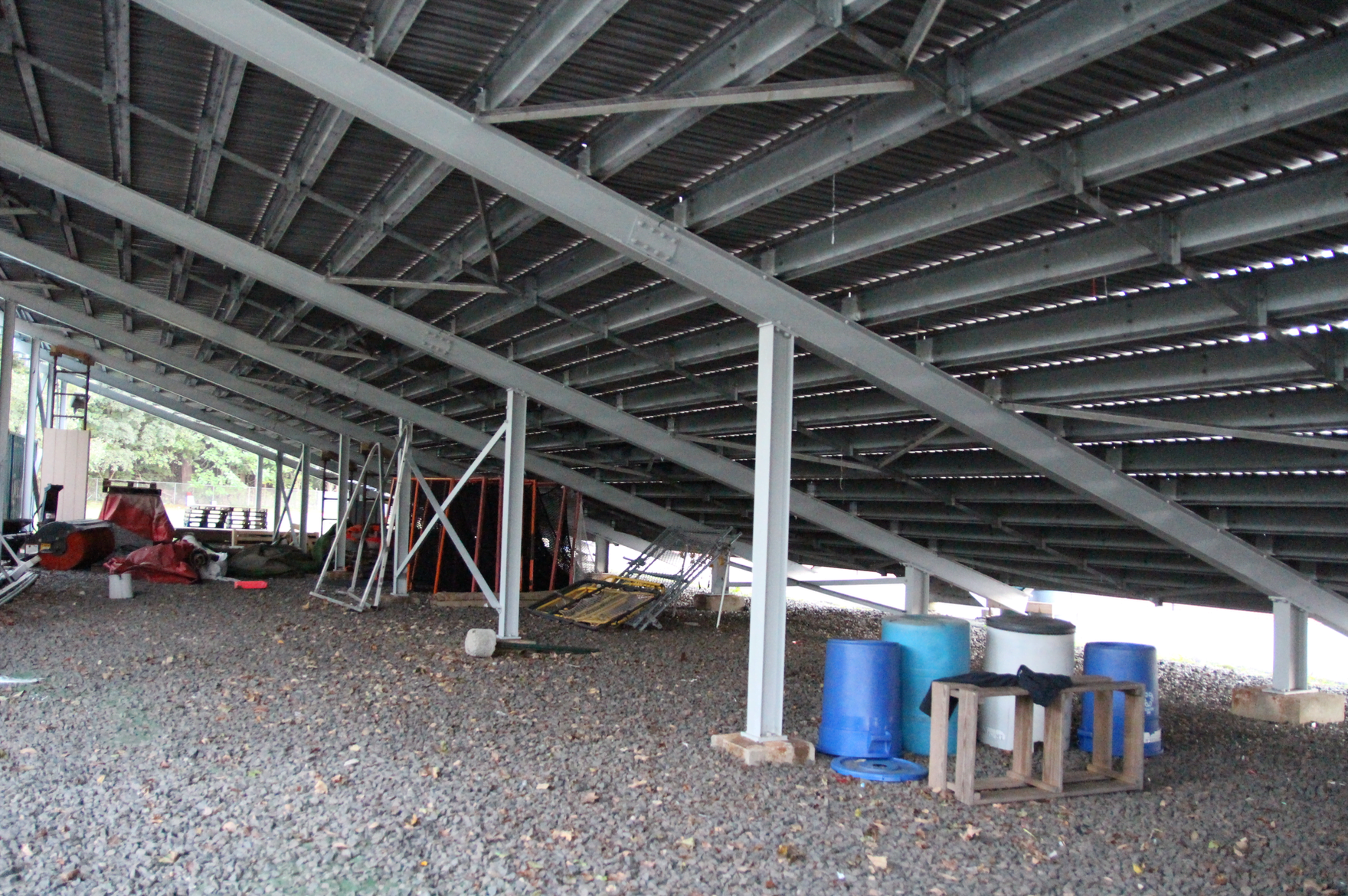 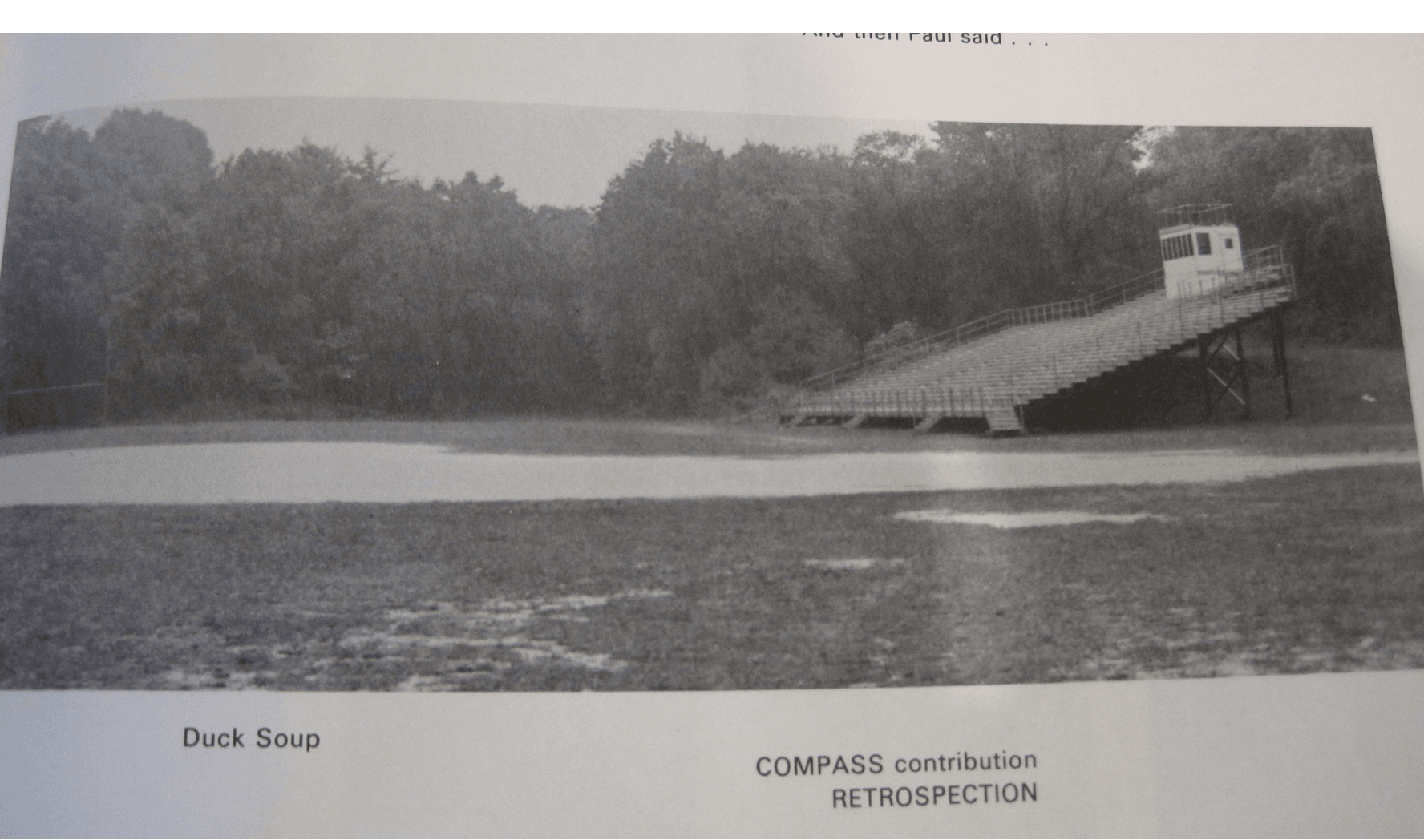