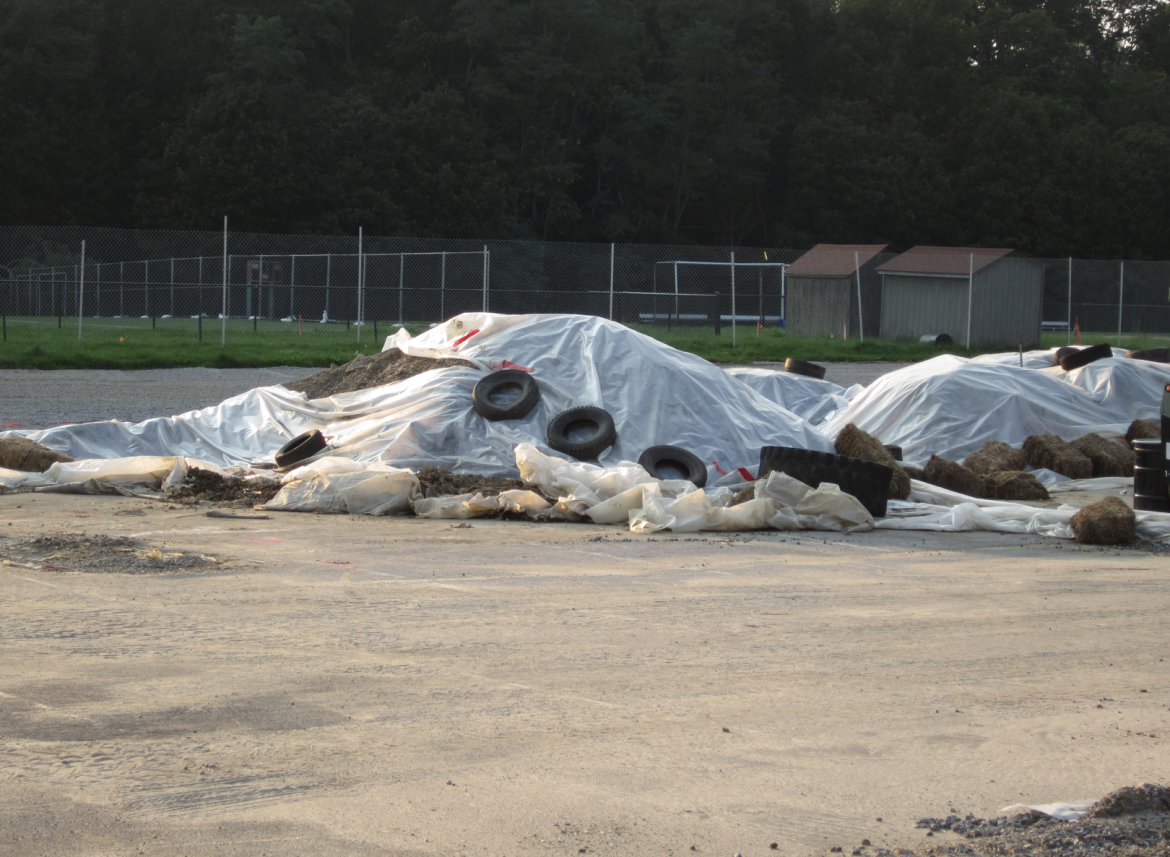 Work is nearly completed on the Summer 2015 phase of the environmental remediation of the Greenwich High School grounds. According to a statement released Friday afternoon by the Board of Education in conjunction with the Town, the Site is safe for use and both the parking lots and athletic fields are ready for use, though some fenced areas remain.

Specific work that has been completed this summer includes expansion of parking in the  west parking lot which in conjunction with the Music Instructional Space Auditorium (MISA) project. The parking lot expansion creates additional parking spaces and improves traffic flow. Bus traffic will be routed through this lot while construction is underway on the front of the building. The entire lot has been repaved and striped in accordance with the approved MISA plans.

According to the statement, this work has improved traffic safety and provided improvements to stormwater management at the Site.

The work completed this summer also included the relocation and grading of stockpiled soil that had been placed between the existing parking limits and athletic fields #3 and #4. Site utilities such as stormwater collection and detention structures and parking lot lighting were also installed.

Work remaining to be completed includes adding topsoil to the soil stockpiles near the west parking lot and adjacent to the tennis courts. This work will be scheduled with the Greenwich Schools Board of Education (BOE) to avoid interference with school activities.

All walking paths or access paths to the school are open and all athletic fields are open. Some limited areas between the new limits of the west parking lot and athletic fields #3 and #4 remain fenced. These areas will remain inaccessible to the general public until the final Site-wide remediation is complete.

Landscaping work on the south side of campus will take place this fall, including planting the islands in the southern parking lot, as well as planting many trees and shrubs throughout the southern portion of the site.

According to the statement, the continued collection of data concerning groundwater quality and site hydrogeology will be performed in response to questions from the regulators. “These data will be evaluated further, and responses will be provided to the regulators’ questions. After discussion of these data with the regulators, we expect that the Remedial Action Plan will be finalized.”