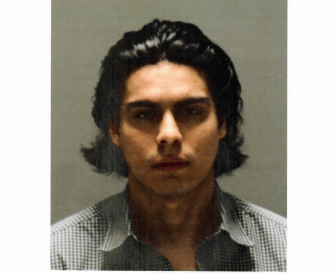 On Wednesday Alexander Rivera, 25, of Bank Street in White Plains turned him self in at Greenwich Police Dept on an outstanding warrant for charges stemming back to two incidents on Oak Ridge Street Greenwich.

In the first incident, which took place on Sept 8 around 9:20pm, Rivera allegedly resulted from an altercation in which he assaulted the victim and kicked a cat during the confrontation.

His bond was set at $75,000 with the condition that River have no contact with the victim.

Rivera was unable to post the bond and was held at Greenwich Police Dept for same day arraignment.

The previous incident took place on Aug 13, 2019 around 10:45pm when Rivera allegedly forced his way into the home and threatened to assault the victim. During the incident Rivera is accused of taking the victim’s phone and throwing it outside.

The charges stemming from this incident include Burglary 2nd degree, Strangulation, Threatening 2nd degree, Criminal Mischief and Larceny 6th degree. Bond for these charges was set at $50,000 with the condition Rivera have no contact with the victim. He was unable to post bond and was held at police headquarters for same day arraignment.