On Thursday two Greenwich Police Dept detectives were promoted to the rank of Sergeant.

The first order of the event, which was held in the ceremonial hall, also known as the truck garage, was to recognize retired officer Joseph Havraneck for his 43 years as an officer and special officer.

“He was my boss when he was a sergeant in the special service,” said chief Heavey, adding that Havraneck’s badge 309 would be retired.

Also recognized was First Selectman Peter Tesei who will soon complete the longest tenure of any police commissioner. Over the years he has promoted six sergeants, eight lieutenants, eight captains, and all told about half of the officers in the 150 members strong department.

“Your support is second to none and, as you have only 80 days left in office, we present you your retired commissioner ID card,” Heavey said.

“It’s bittersweet,” Tesei said. “You’re the last ones I’ll get to promote.” 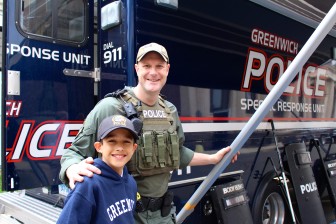 Sergeant Craig Zottola photographed in Ma 2015 at Greenwich Police Dept’s Police Day when he was part of the Special Response Unit and hit it off with Ryan Lewis, who was 11 at the time. Credit: Leslie Yager

Detective Craig Zottola, who was accompanied by his wife Cynthia and children Zachary and Hailey, has a BA from Pace University where he majored in Political Science.

Detective Zottola served as a member of the US Navy where he held the rank of Lieutenant Commander.

He is a graduate of the US Navy’s Intelligence officer Basic Course, the US Navy Officer Leadership Course and the Defense Intelligence Agency Counter Terrorism and Intelligence Analyst Course. He has served on two deployments to the Middle East.

Detective Zottola became an officer with the Greenwich Police Dept in 2010 and has been a patrol officer, Master Police Officer, Detective and member of the Department’s Special Response Unit. 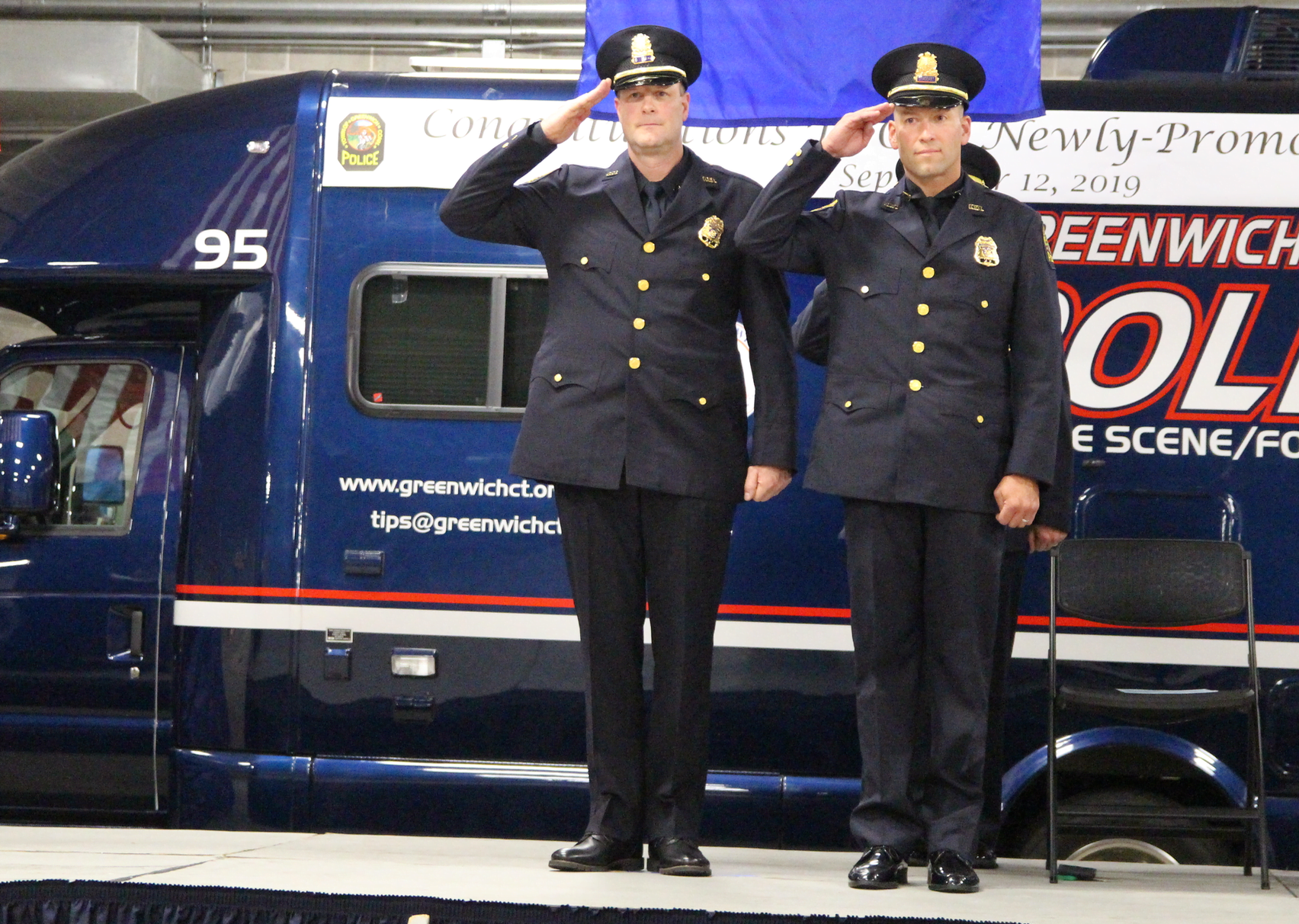 Also promoted to Sergeant was Detective James Ruszkowski, who was joined by his wife Karen and children Ava and Lincoln. Sergeant Ruszkowski has a Bachelor’s Degree in Criminology from Central Connecticut State University.

Sergeant Ruszkowski became a Greenwich Police officer in 2004, and in addition to being a patrol officer, he was a Field Training Officer, Master Police Officer and Detective.

He has been recognized three times by the Connecticut MADD for his DWI enforcement and has received department recognition for various investigations, arrest and lifesaving efforts. 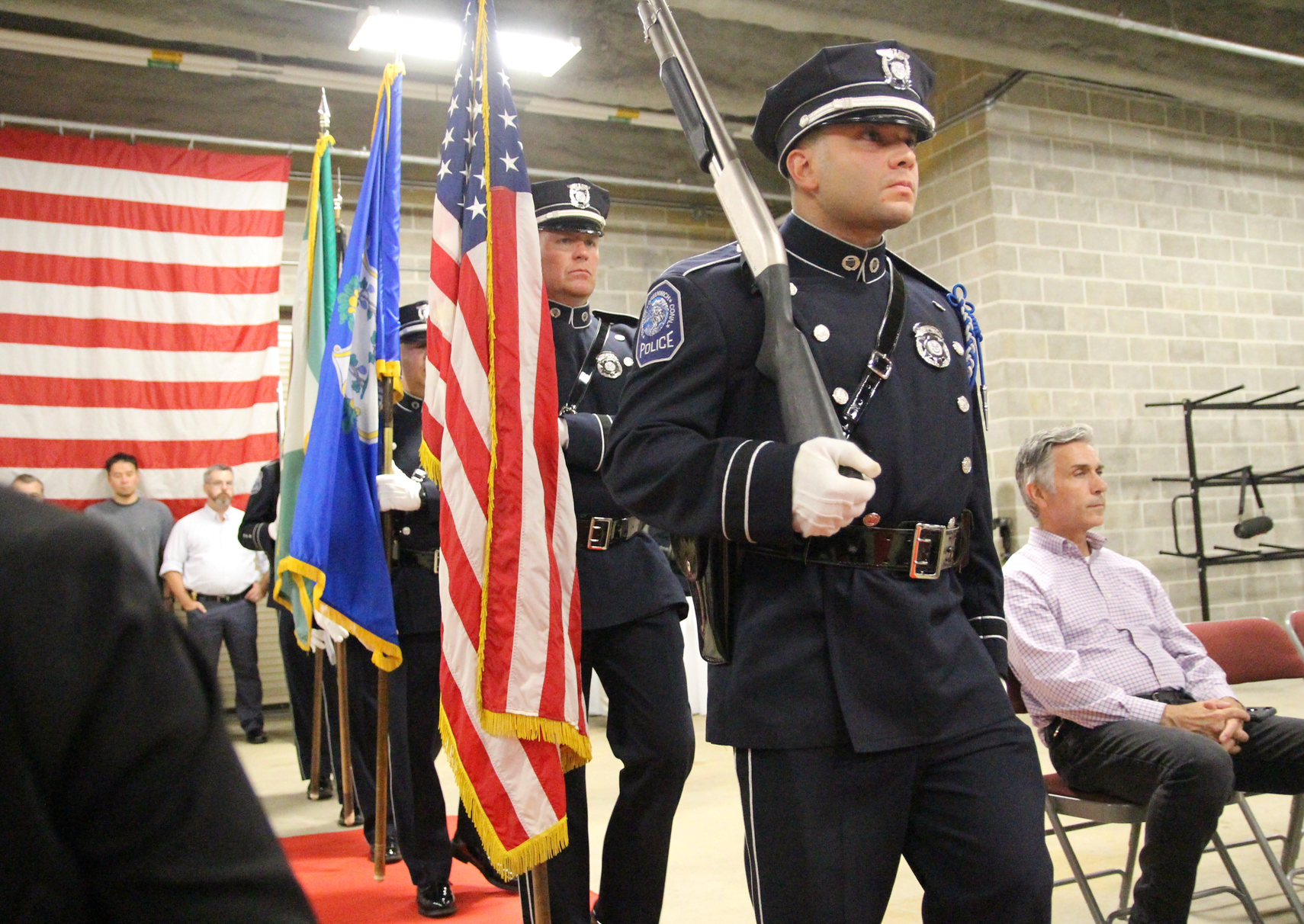 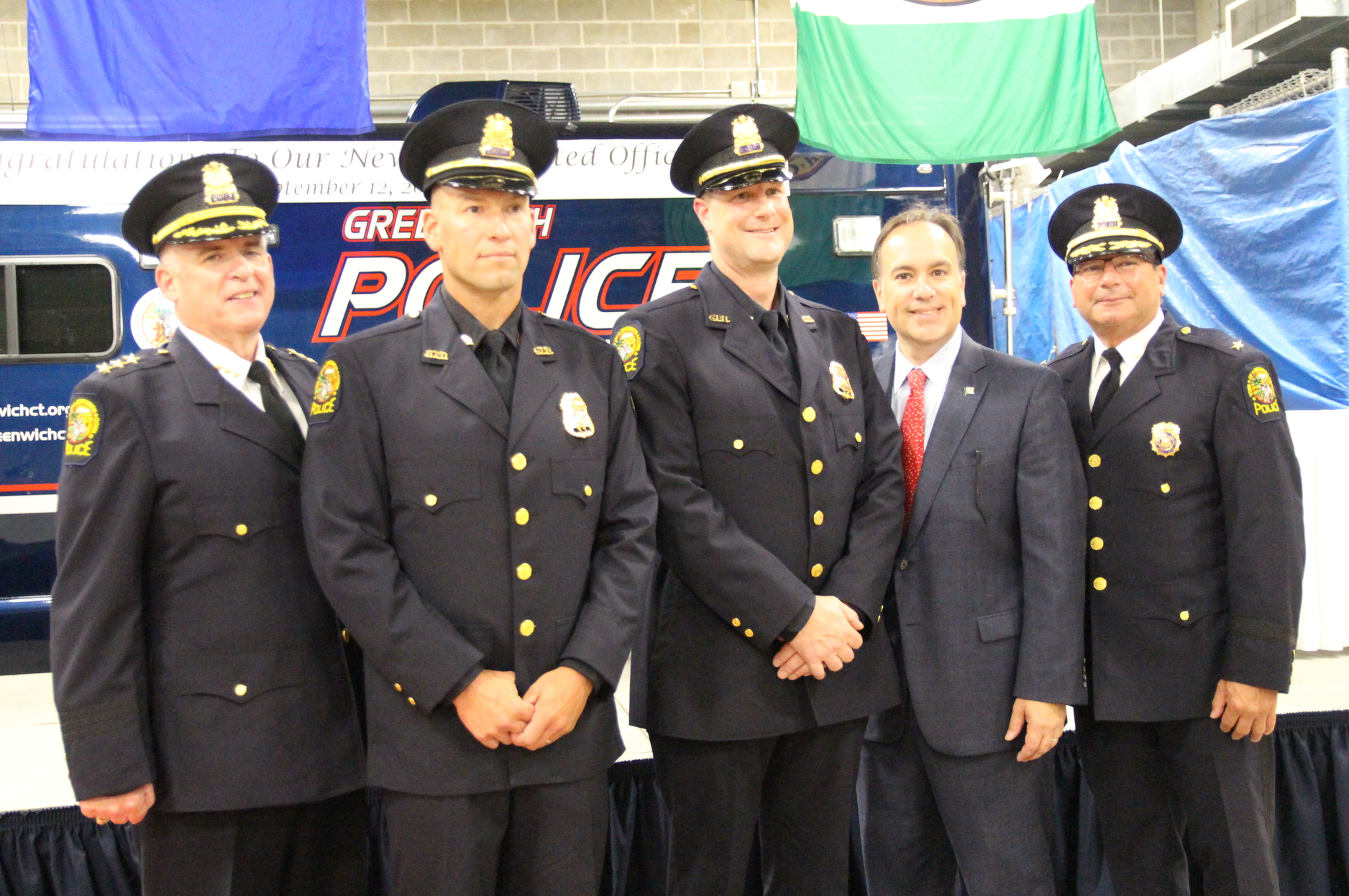