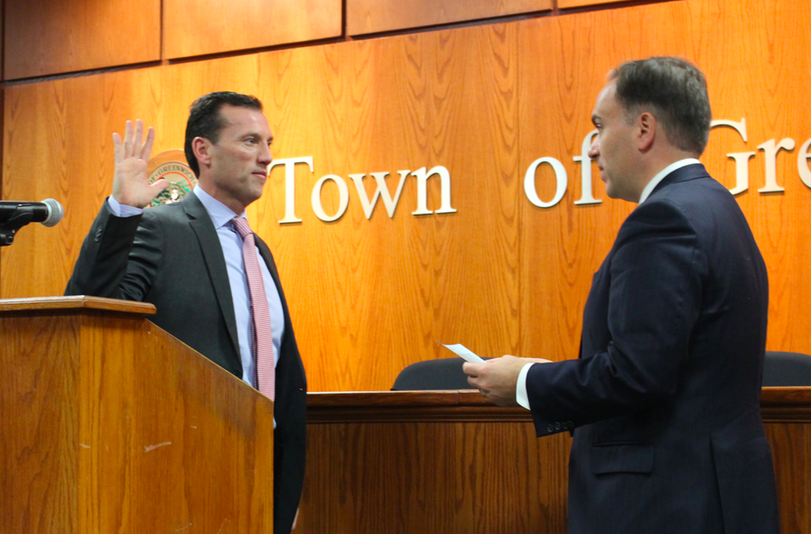 John Browne was sworn in on Monday afternoon at Town Hall by the Greenwich Police Commissioner, Peter Tesei. “We’re fortunate to be able to hire someone of your experience and caliber,” Tesei said to Mr. Browne, who comes to Greenwich with 26 years of experience on the Danbury Police force.

Chief James Heavey who said Greenwich has very high standards in terms of both education and customer service.

“It’s probably the hardest department to become a member of,” Heavey said of the Greenwich Police Dept. “It’s an excellent department, if we do say so ourselves.” 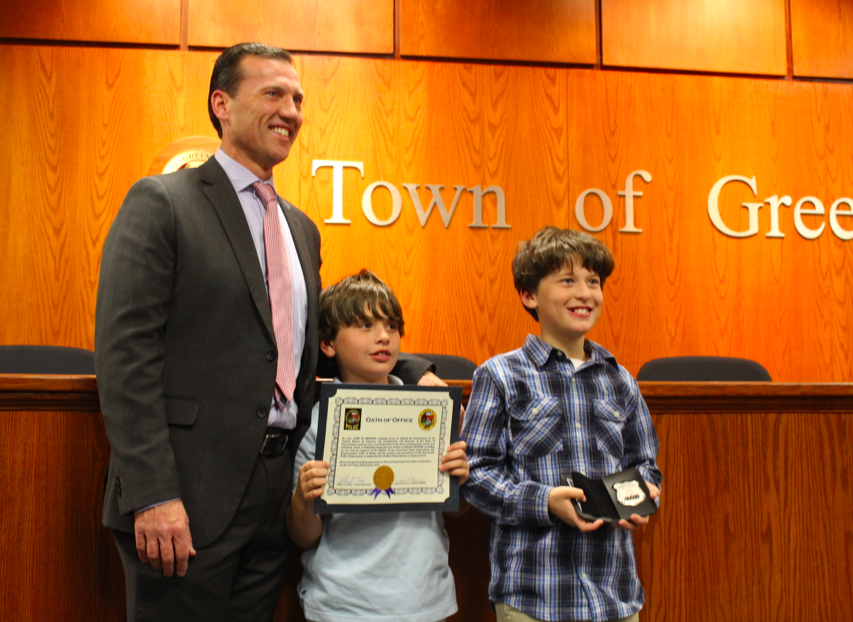 Heavey said the newest Greenwich Police officer resides in Newtown with his wife and two boys. Browne graduated from St. Joseph’s High School in Trumbull and West Conn State University in Danbury with a Bachelor’s degree and Masters degree in Criminal Justice in Laws Administration.

Browne said that he enjoyed being retired for just two days before arriving in Greenwich to be sworn in. He said that he served 13 years as police officer, four years as sergeant, and eight years as a lieutenant, adding that the last seven years in Danbury he was assigned as commanding officer for the community policing unit.

“I really love being a police officer. It’s all I ever wanted to do,” Browne said.

Chief Heavey let Browne’s son Max have a turn being interviewed by It’s Relevant News, which he thought was a television station, and shared the good news of his straight A grades on his recent third grade report card. Both Max, who his family call “Mad Dog Max,” and his brother Owen are good students, and their mom Karen reports that both are enthusiastic hockey players. 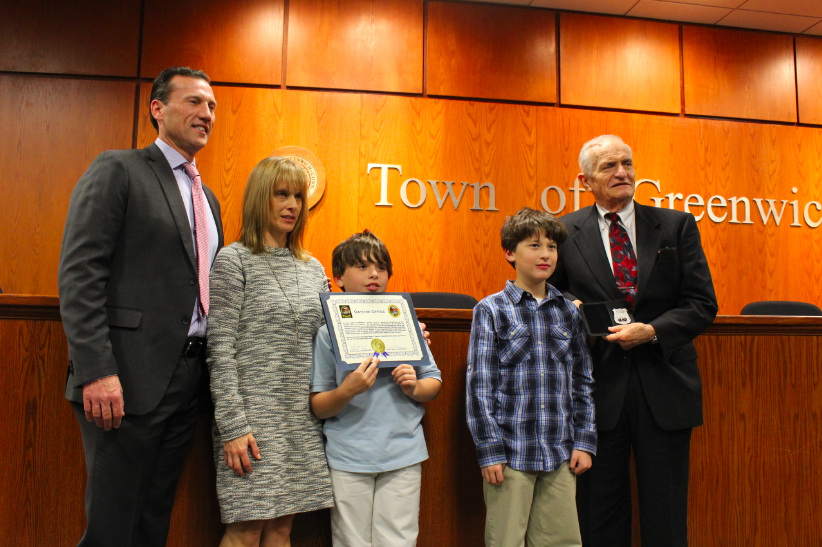 Browne retired this year as a Lieutenent of Danbury Police while he was commanding the community policing unit. He is a field training officer, an evidence technician and an accident investigator. In Danbury Browne was a member of the honor guard and served in department’s victims advocate law enforcement office.