On Monday May 21, an 81 year old Greenwich resident was attempting to park a 2017 Lexus ES 350 when it struck the east facing building door of Sophia’s Costume Shop on Liberty Way in downtown.

According to Greenwich Police Lt Slusarz the driver then put the vehicle in reverse and backed across the parking lot where it struck three parked and unoccupied vehicles.

No injuries were reported.

The May 21 incident, which caused significant damage to the front of the building at 1 Liberty Way, was not the first time a driver has crashed into Ms. Scarpelli’s costumes and vintage clothing shop while attempting to park in the handicapped space right in front of the store.

Back in June 2011, a driver from Port Chester backed his Buick Century over a sign and plowed through the front of the store.

After that incident the Town installed four ballasts between the parking spot and the store, but when the sidewalk was repaved a few years ago the ballasts were removed and not replaced.

Just feet away, a recently installed parking pay station across from Sophia’s is protected by nine ballasts. 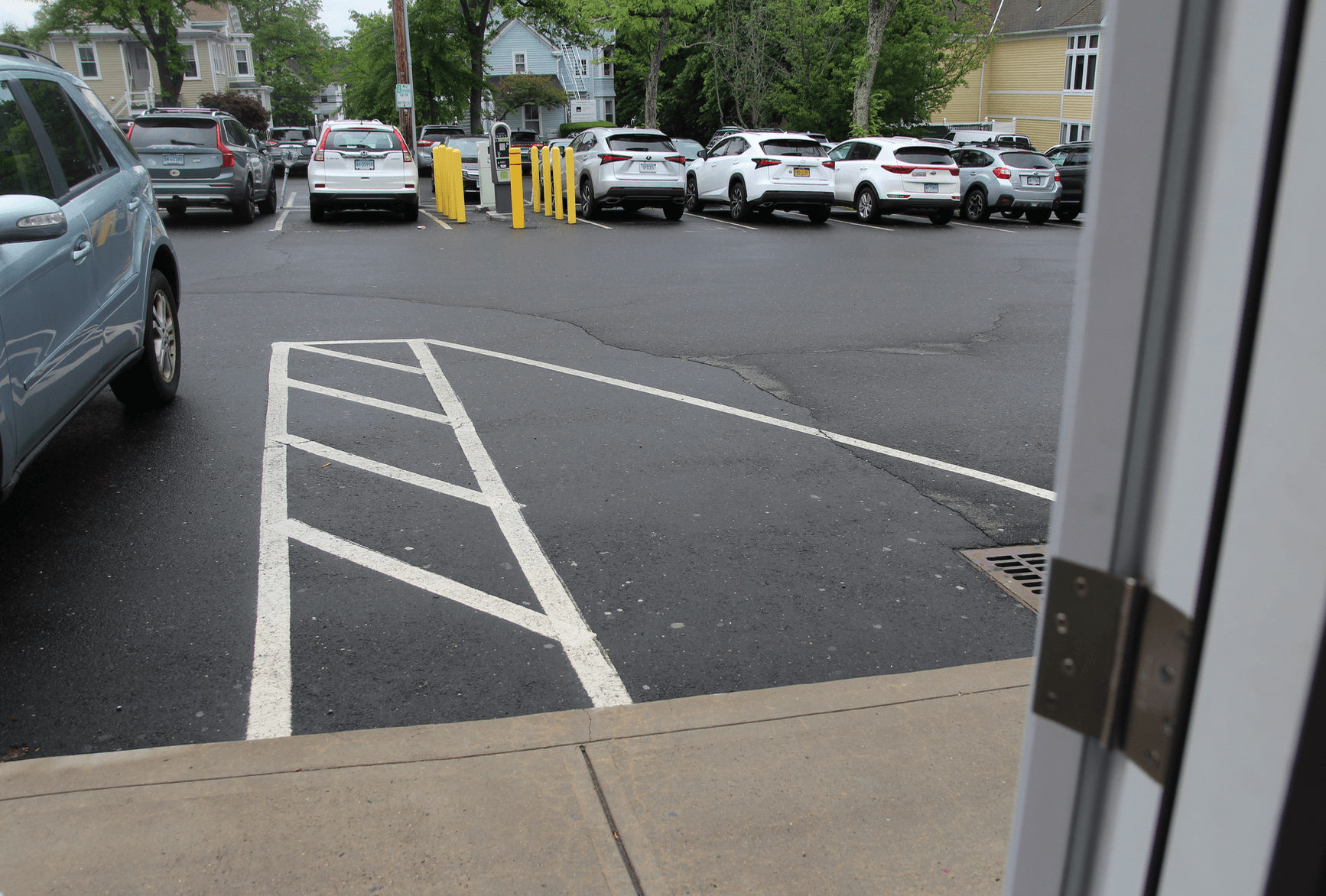 Nine ballasts protect a pay station across from the entrance to Sophia’s Costume Shop where a row of ballasts were removed after the sidewalk was redone. 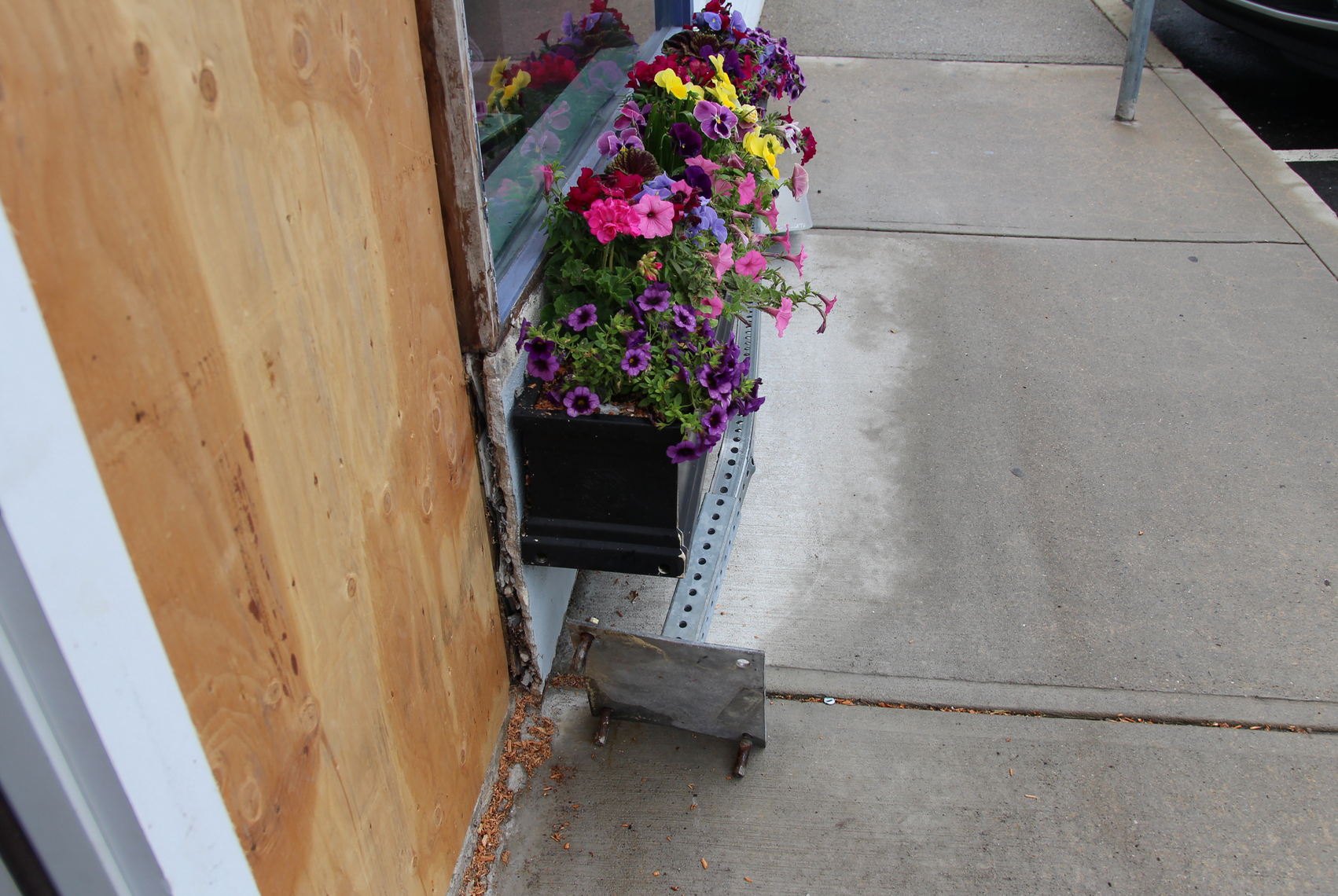 On May 28, the handicapped sign was on the sidewalk after a car crashed into it and plowed into Sophia’s on Liberty Way on May 21. Photo: Leslie Yager