The vehicle, which was being driven by an 18-year old Greenwich resident with a valid learner’s permit whose mother was with her in the car.

The driver had been heading east on West Putnam Ave and had just turned right onto Josephine Evaristo to travel south when it collided with the brick wall on the side of the liquor store.

According to Lt. Kraig Gray, the car sustained disabling damage to its front end. “The building’s sustained a large cavity on the eastern wall due to the vehicle’s impact,” said Lt. Gray. “The operator and one passenger both sustained minor injuries but both refused medical attention.”

Lt. Gray said a witness with a clear view of the intersection related he saw the vehicle turn onto Josephine Evaristo and randomly accelerate.

Inspection of the vehicle  found the breaks to be working.

Greenwich Professional Firefighters and Greenwich Police officers responded. The crash did not result in injuries.

Bellmore Wine & Liquor is located at 380 West Putnam Ave, next to Greenwich Motor Sales, at the corner of Josephine Evaristo. 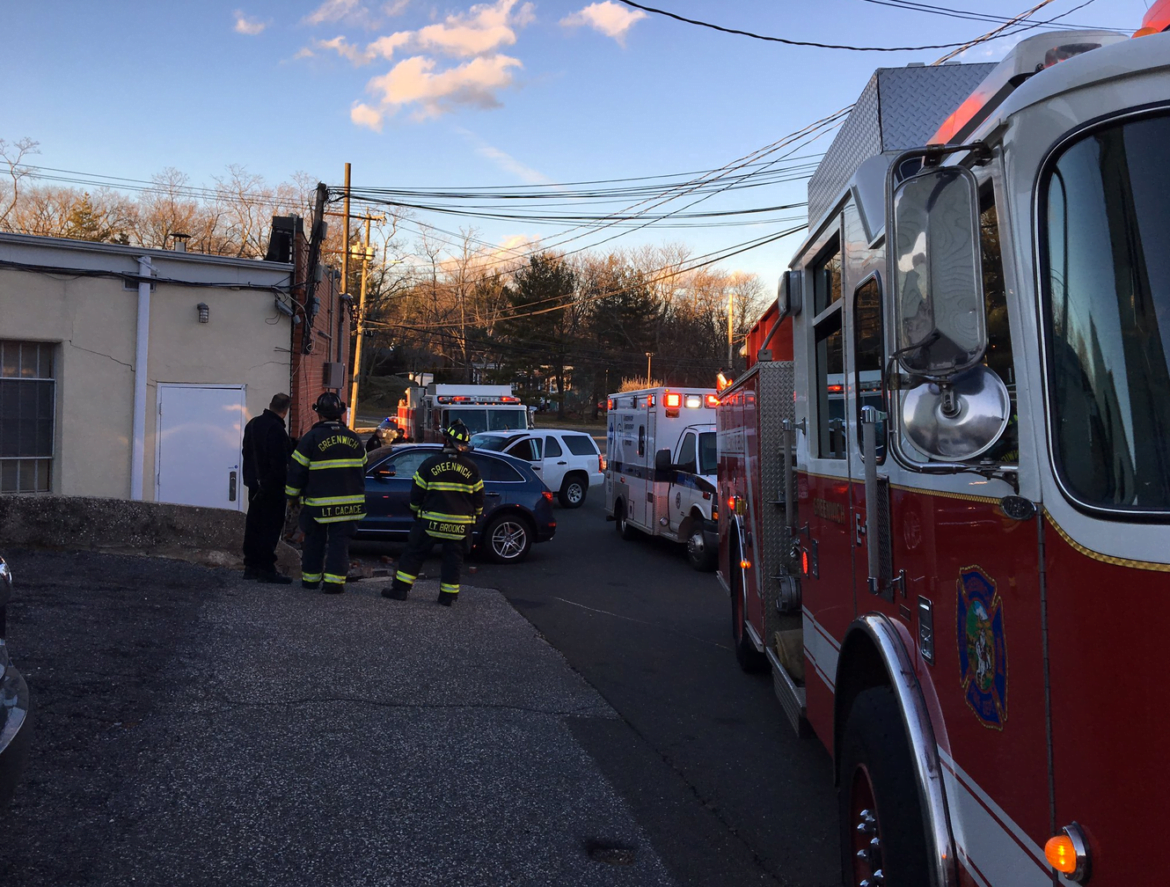 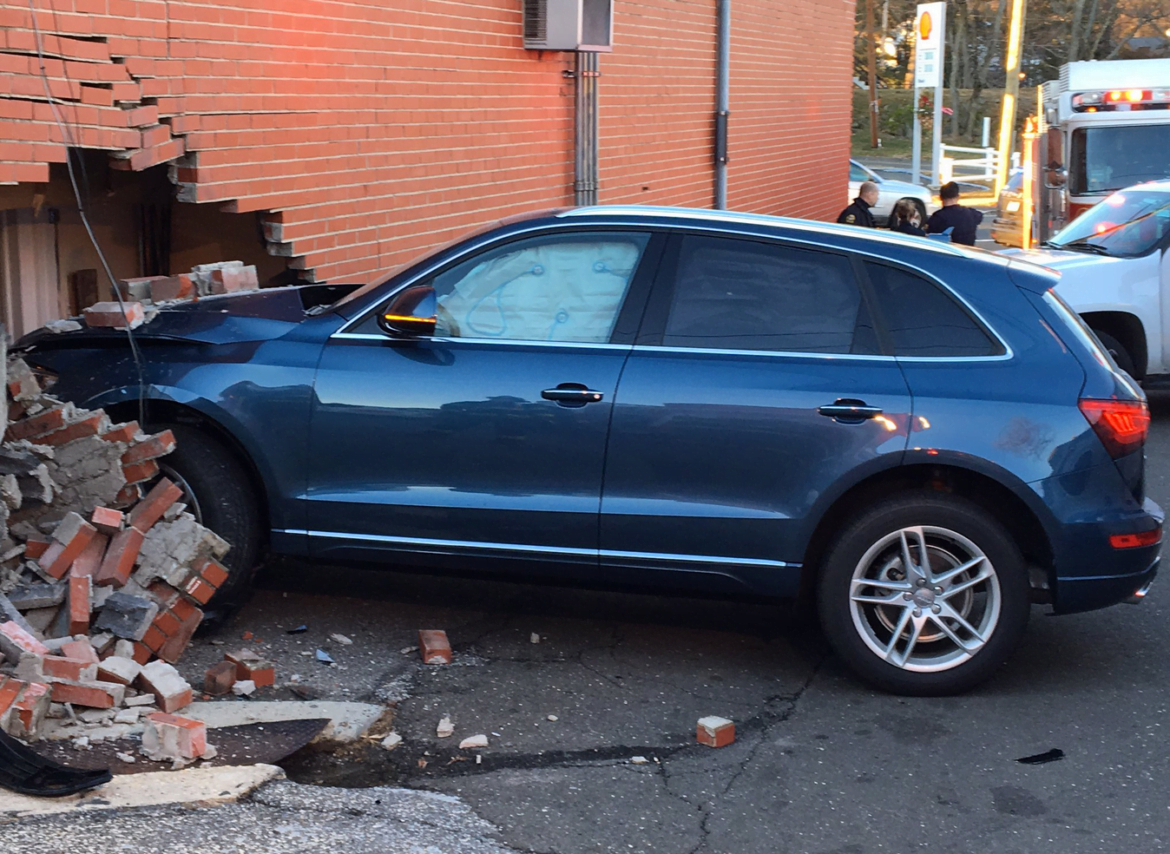