Greenwich Town Hall was the setting for a swearing in ceremony on Monday Morning of Greenwich’s own Patrick O’Connor. The swearing in was unique in that Patrick is following in the footsteps of several members of his Greenwich family for a career in law enforcement. His brother Michael was sworn in not long ago himself.

Patrick grew up in town and graduated GHS in 2008. That same year he also completed an internship at the Greenwich Police Department. Next, heading to Southern Connecticut State University, Patrick graduated in 2013 with a Bachelor’s Degree in Sociology/Criminal Justice. Patrick worked at Bruce Park Sports before becoming a Naugatuck Police Officer, where he was a member of the force for 2-1/2 years. He is an MRT and was a member of the Naugatuck Traffic Division.

In 2015 Patrick received a Unit Citation for catching a repeat offender for car burglaries.

“To get to be a Greenwich police officer, it’s a long and toilsome journey,” said Greenwich Police Chief Heavey, who described written tests physical fitness tests, and psychological testing followed by a polygraph test.

“And then, if you get through all that, which takes probably a year, you get sent off to the Academy. The Academy is now six months long, and then when you come back, it’s three months of field training with a field officer who teaches you the ropes,” Heavey said.

“A few years ago, we implemented a plan to recruit lateral officers –officers who are already certified – so the new officer O’Connor will be our third lateral officer,” Chief Heavey said. “All with great, close ties to the Greenwich Police Department.”

The O’Connor family has a long history of service to the town. Back in 2014 Michael O’Connor was sworn in at Greenwich Town Hall. (see below). MaryAnn O’Connor, a nurse at Greenwich High School, met her husband husband Mike when they were both volunteers with the Cos Cob volunteer department in 1984. 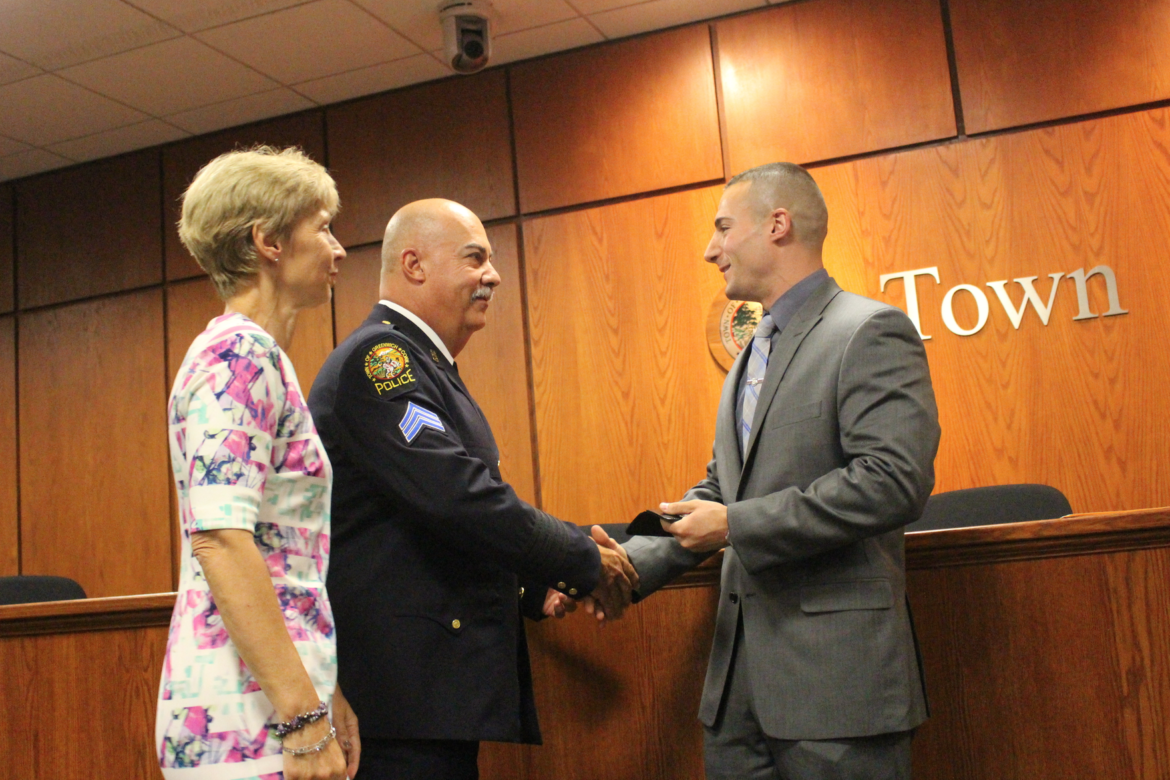 Patrick was congratulated by his father, Sgt. Michael O’Connor, Sr. who assigned to the Marine Section of Greenwich Police Dept. Credit: Leslie Yager 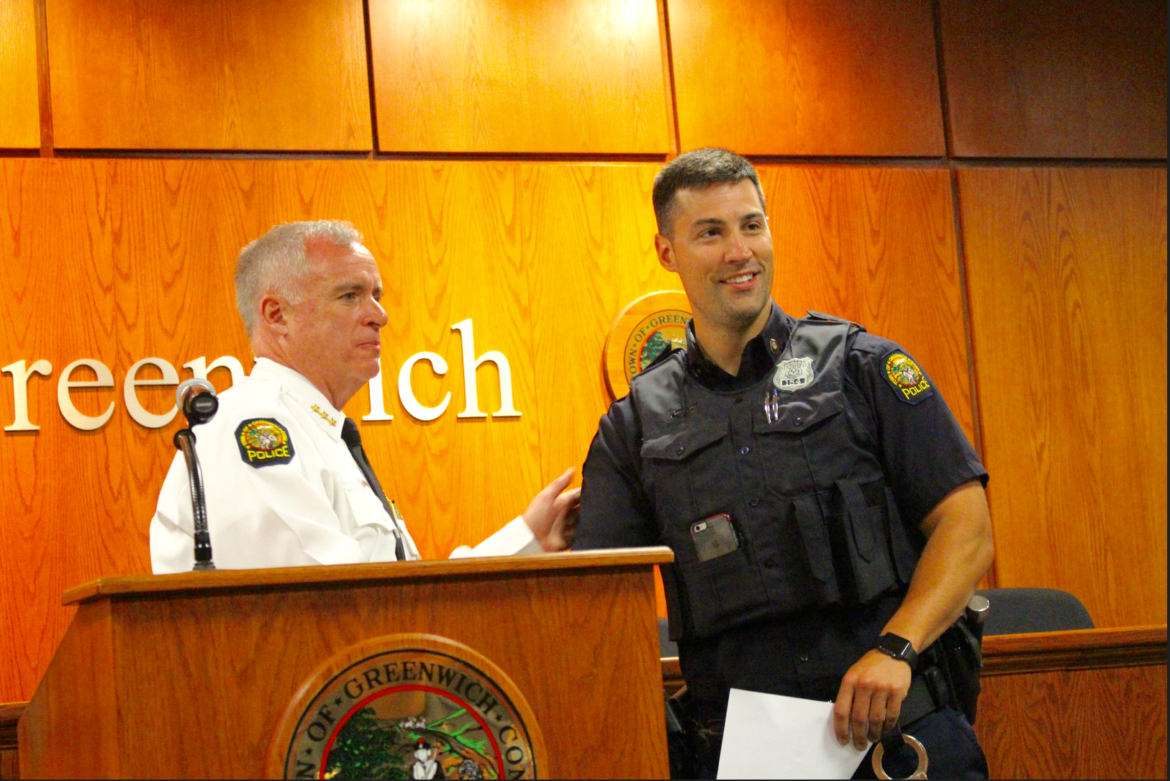 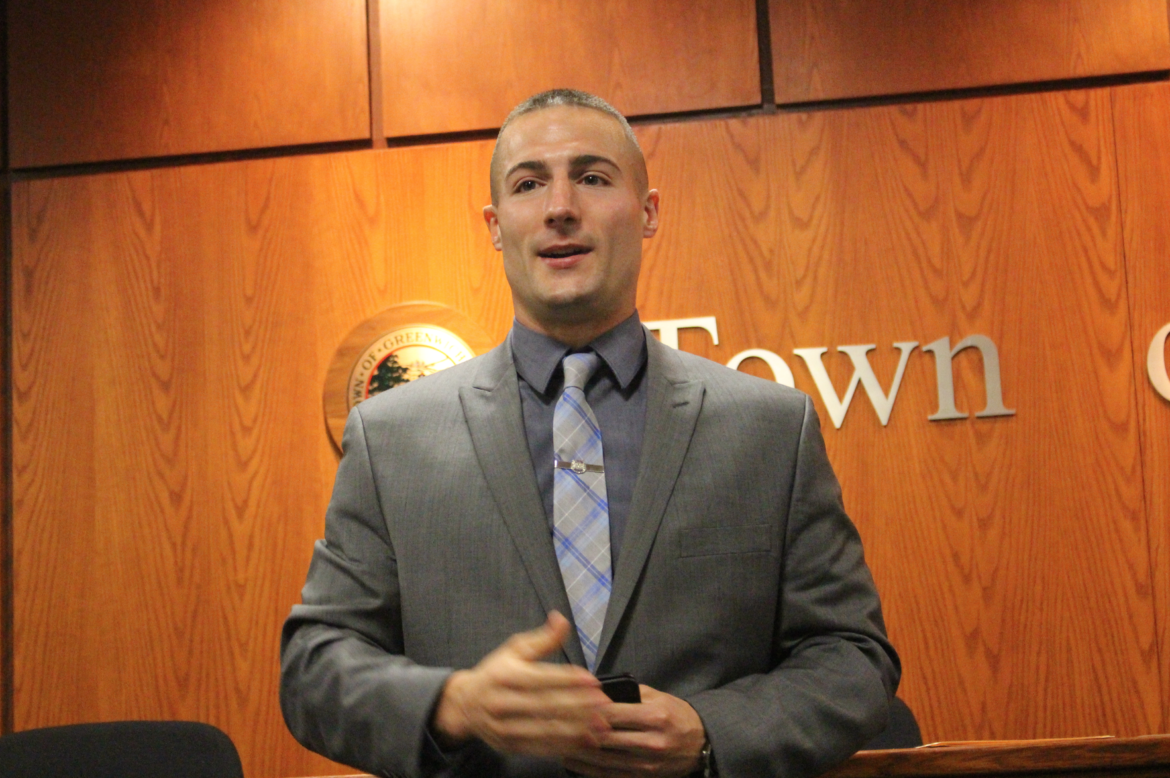 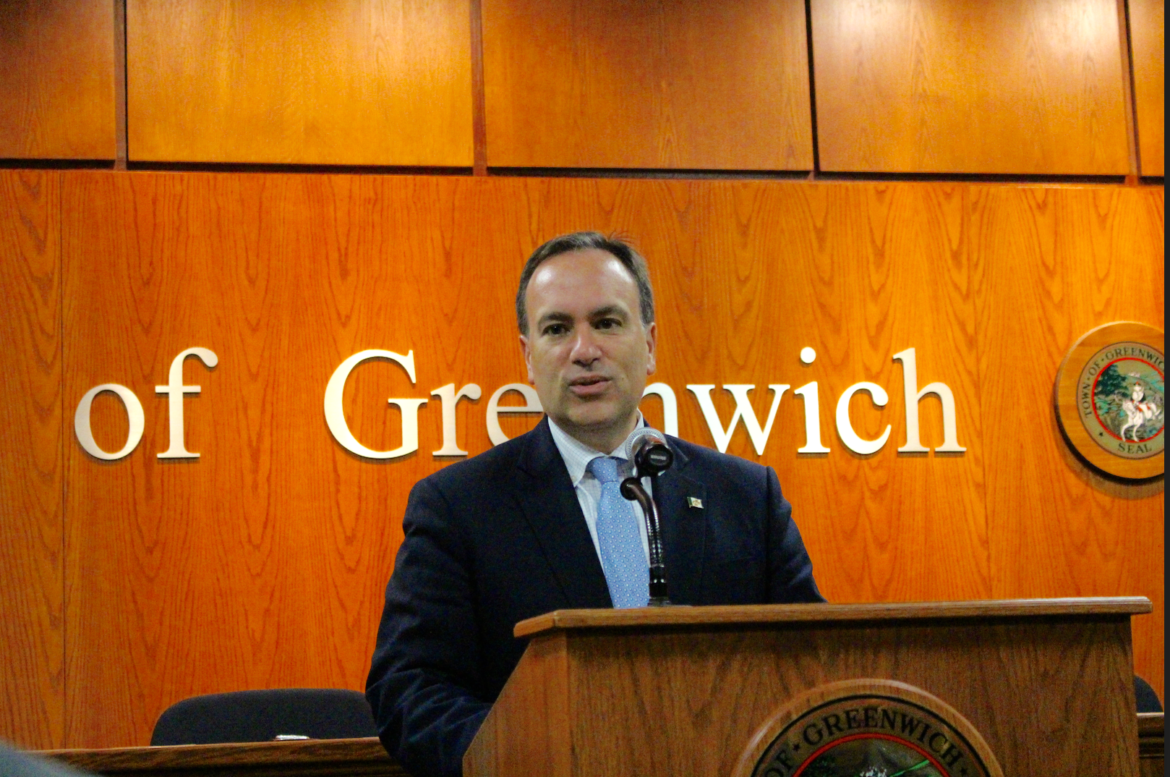 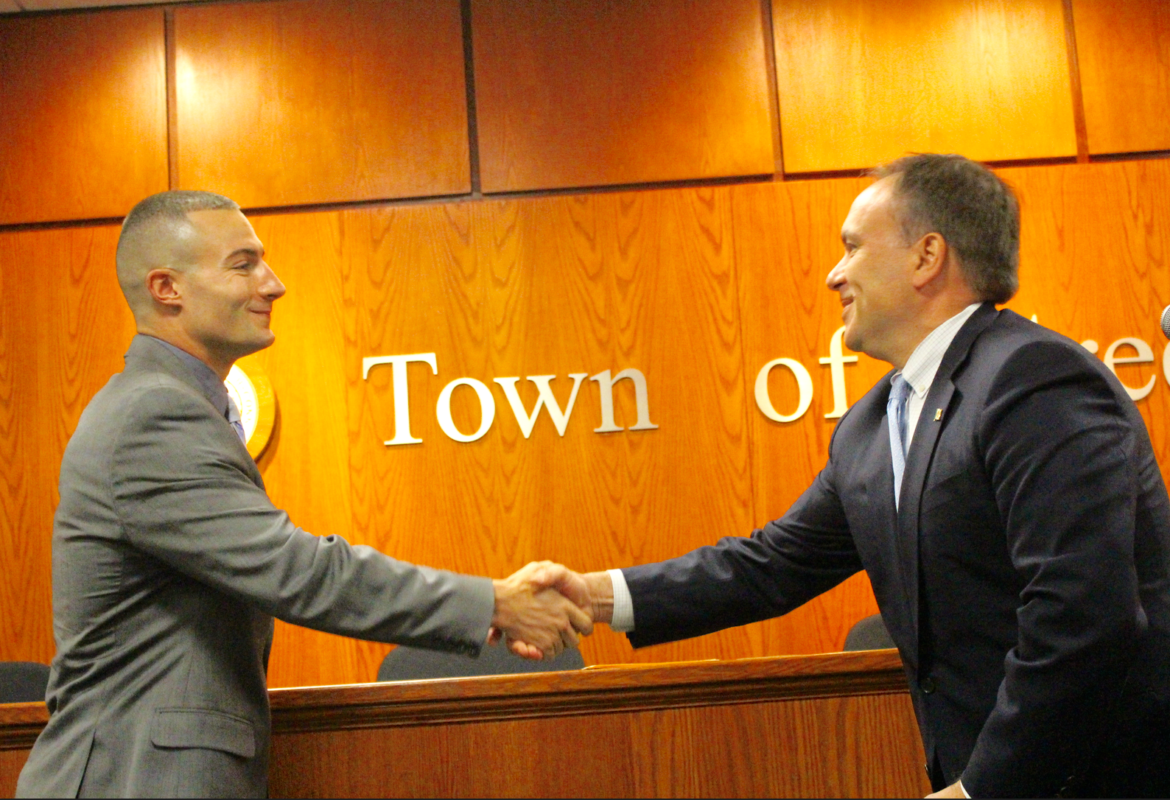 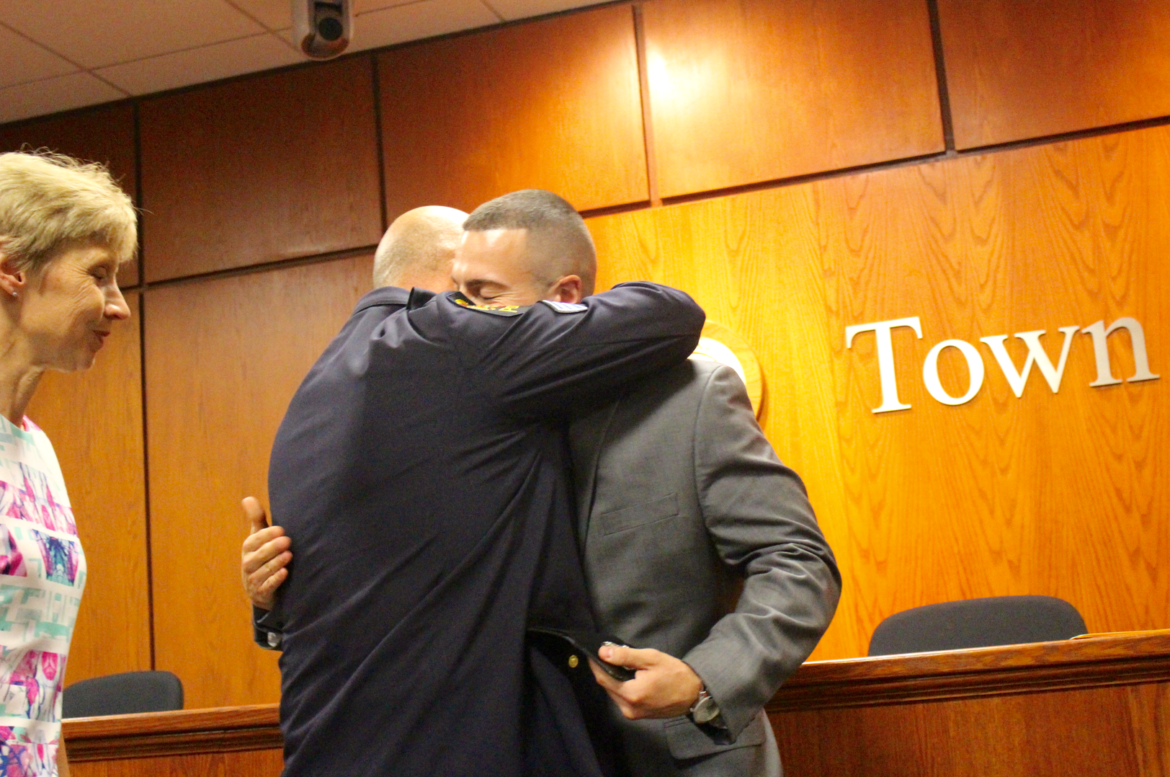 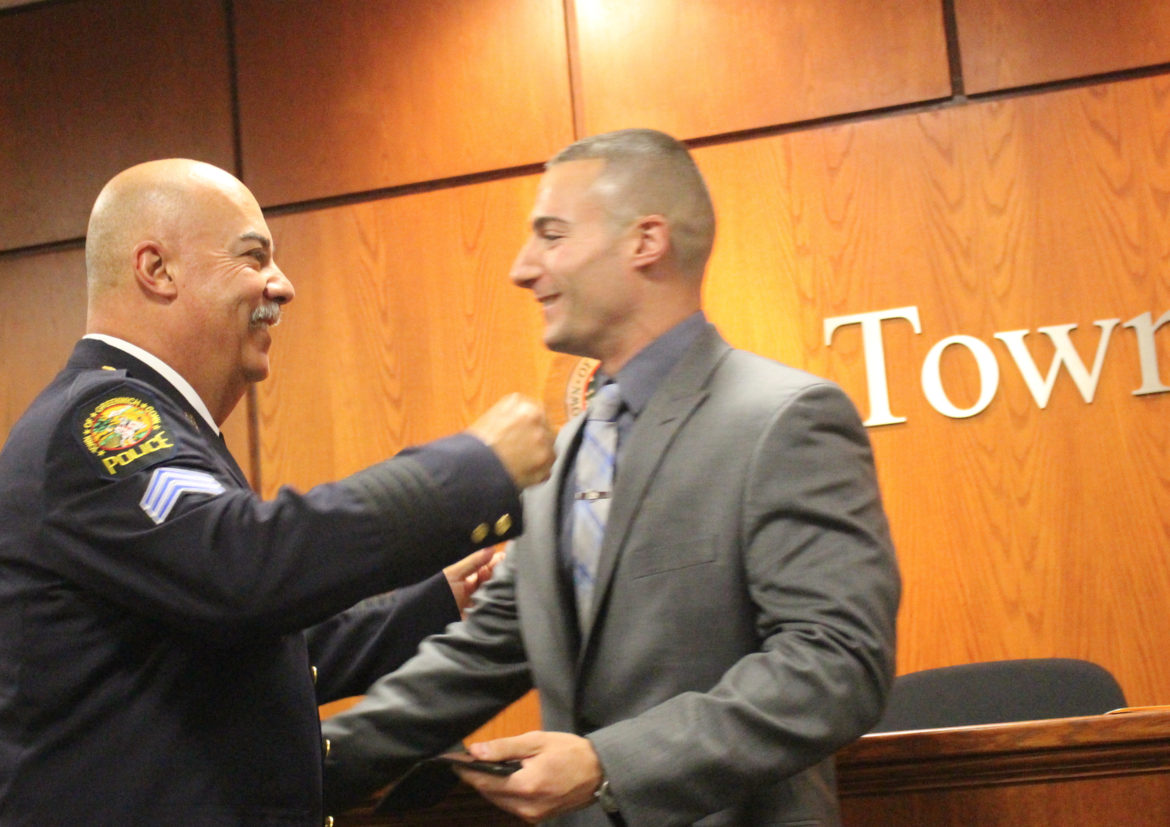 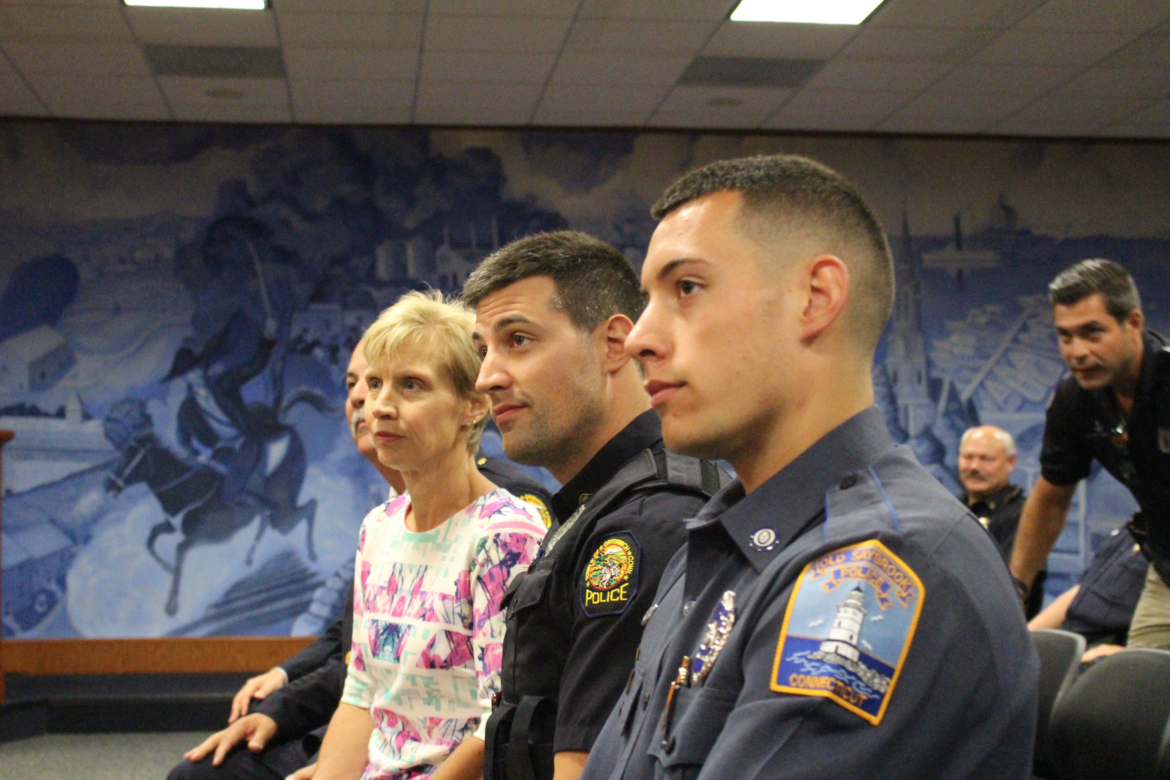 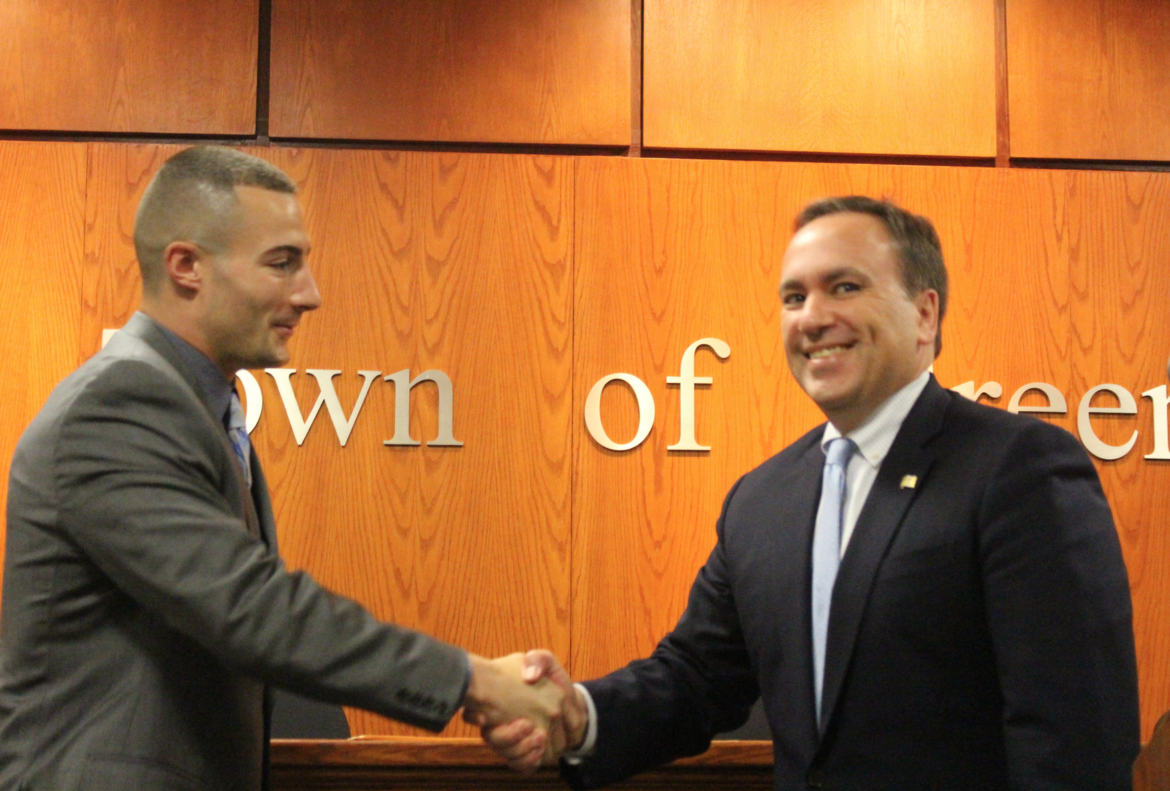 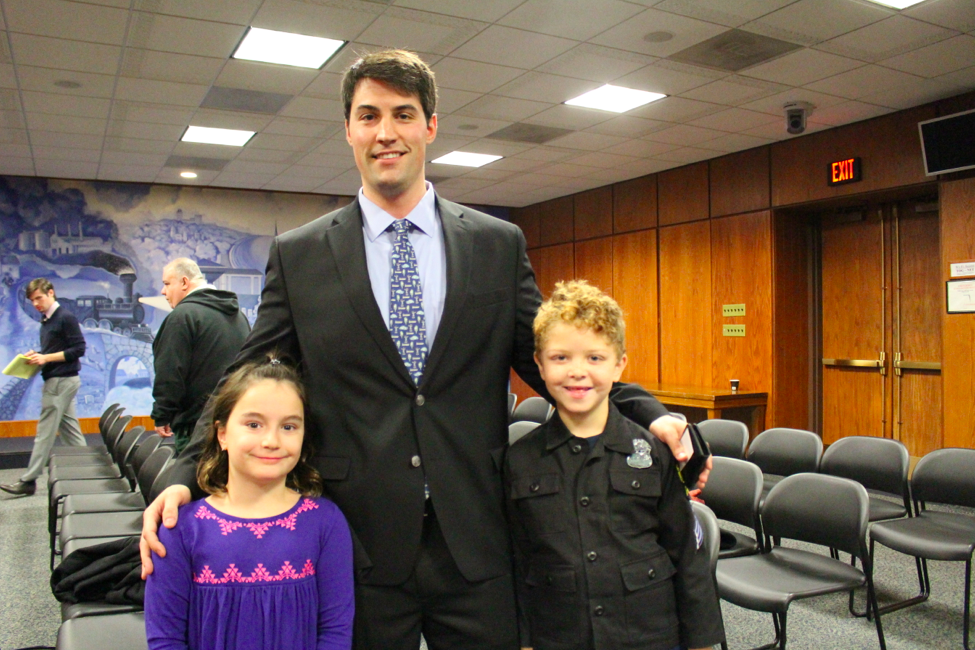 Back in 2014 Michael O’Connor was sworn in at Greenwich Town Hall. Credit: Leslie Yager