No further suspects are believed to be in the area. More information regarding the case will be released after the details have been reviewed.

Original Story: 7:50am Friday, June 3, 2016 At approximately 3:30 am on Friday morning, June 3, a Greenwich Police Officer was on patrol on Hamilton Ave when he observed a vehicle traveling with no lights.
According to Greenwich Police Lt. Kraig Gray, the vehicle had been reported as stolen about week ago from Stamford’s jurisdiction.  The operator of the vehicle engaged the officer in pursuit and drove away at a high rate of speed.
After the operator crashed the car, two suspects fled on foot and have evaded apprehension.
Shortly after the suspects fled, a local resident reported the theft of their car within the vicinity of the search area.  As officers were responding to that theft, they spotted the second suspect still on foot fleeing the area.
As of 7:30am officers continue searching for the suspect in the area of Davis Ave.  The suspect is described as a male of average build, dark complexion, wearing a light colored sweatshirt.  If  anyone sees the suspect  dial 911 and notify dispatch. 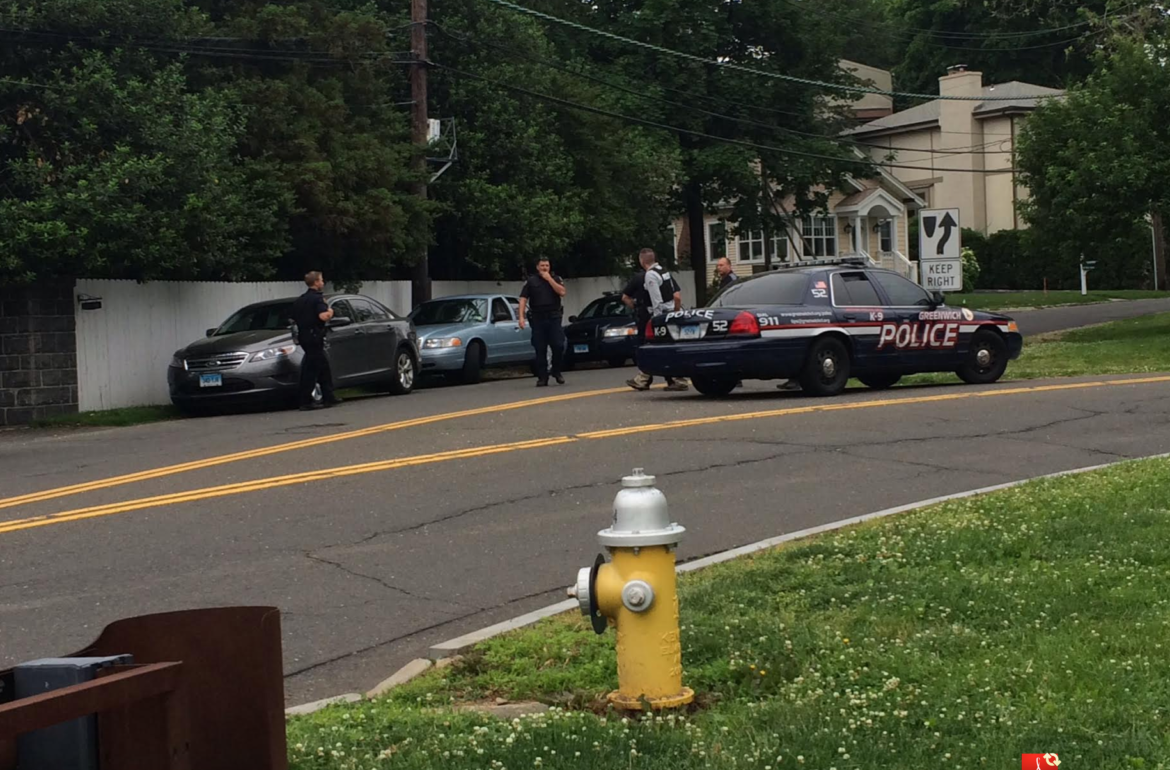