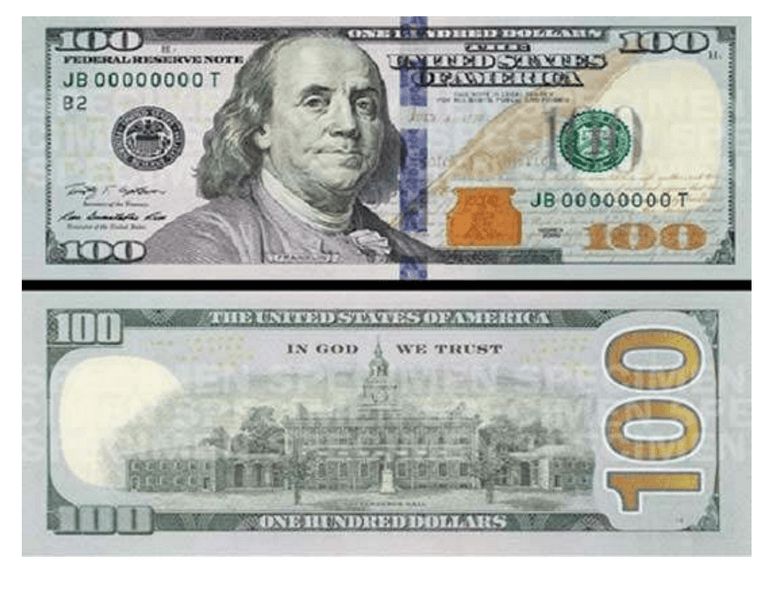 Greenwich Police alert the public to beware of counterfeit money.  Can you spot counterfeit US currency? Real US bills will have color shifting ink, a watermark of the US President on the bill, UV strip embedded in the bill and there will be blue and red fibers in the paper. 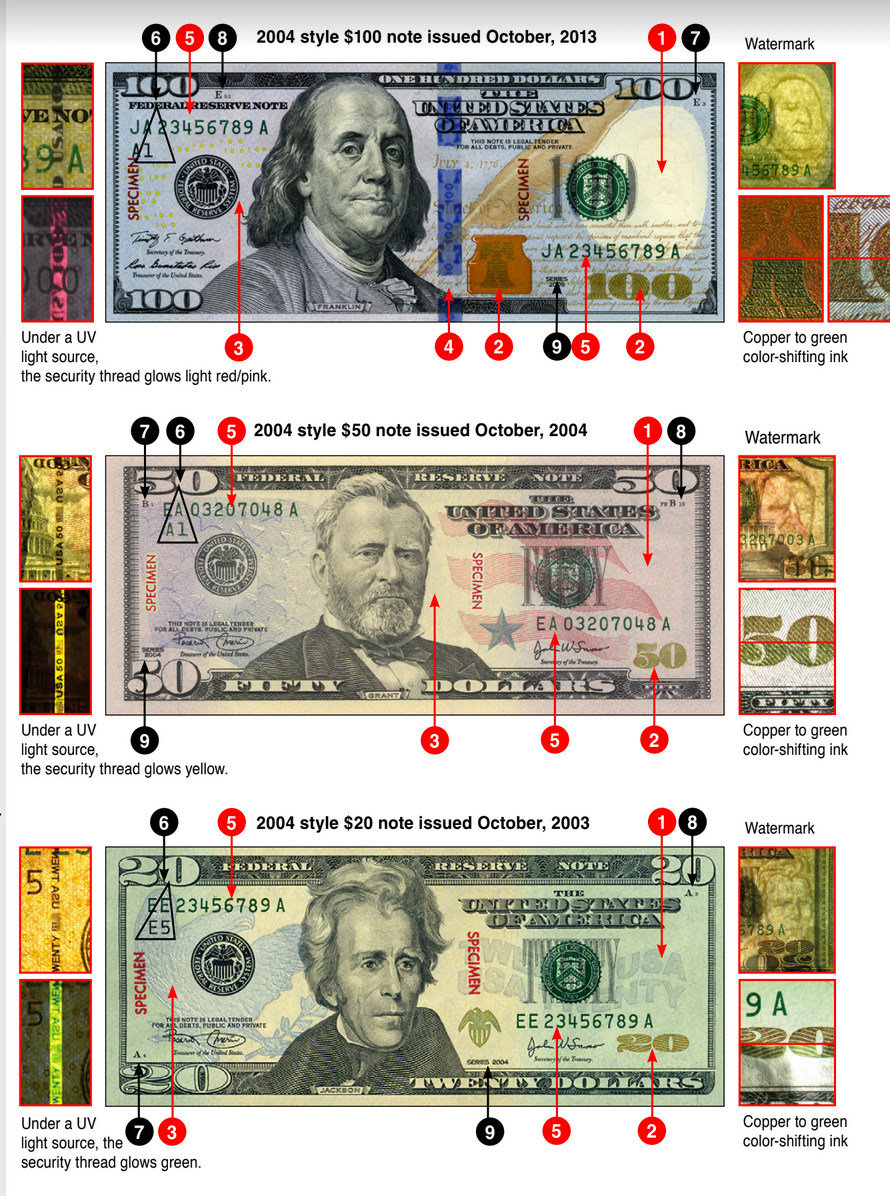 Portrait The 2004 style Federal Reserve notes have an enlarged and off-center portrait without a frame.

1.Watermark The 2004 style Federal Reserve notes have a watermark that is visible from either side when held to light.

3. Security Thread All genuine FRNs, except the $1 and $2, have a clear thread embedded vertically in the paper. The thread is inscribed with the denomination of the note and is visible only when held to light. Each denomination has a unique thread position and glows a different color when held to ultraviolet (UV) light.

6. Federal Reserve Indicators The 2004 style FRNs have a letter and number designation, which identifies one of the 12 distributing Federal Reserve Banks. This letter and number designation appears beneath the serial number on the left. The number corresponds to the position of the letter in the alphabet, e.g.: A1, B2, C3, etc. The letter matches the second prefix letter in the serial number.

10 Back Plate Number (Not shown) Found on the bottom right-hand corner of the back of the note.

See the Know Your Money website for more information.
https://www.secretservice.gov/data/KnowYourMoney.pdf