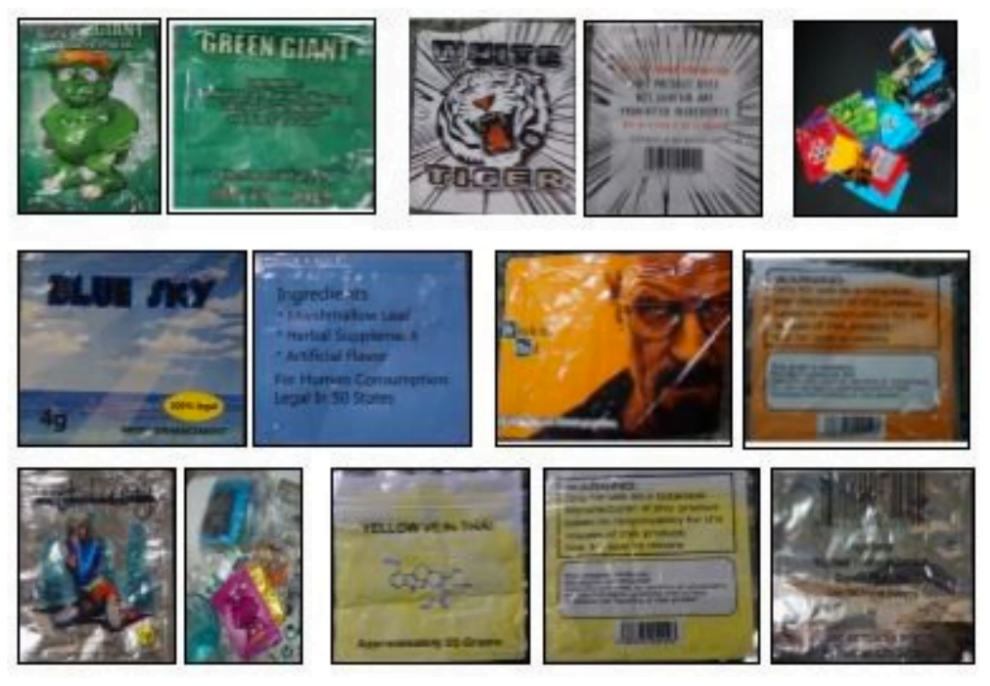 The active ingredient in K2/Spice (5-fluoro-ADB) is a Schedule 1 synthetic cannabinoid that is marketed as a cannabis substitute3. Synthetic cannabinoids are used to mimic the effects of THC. 5F-ADB will appear as a white, crystalline solid in its pure form. It has also been seen as a powder, liquid, and on blotter paper.

5F-ADB is often marketed in an “herbal” form mixed or sprayed on green plant like material and is typically smoked or “vaped.”

These products are then labeled as incense, potpourri and “not for human consumption.”

They can be found in convenience stores, gas stations, and head shops under many different names and packaging.

5F-ADB is designed to maximize potency and is approximately 715 times more potent than THC. There is no known therapeutic or medical use.