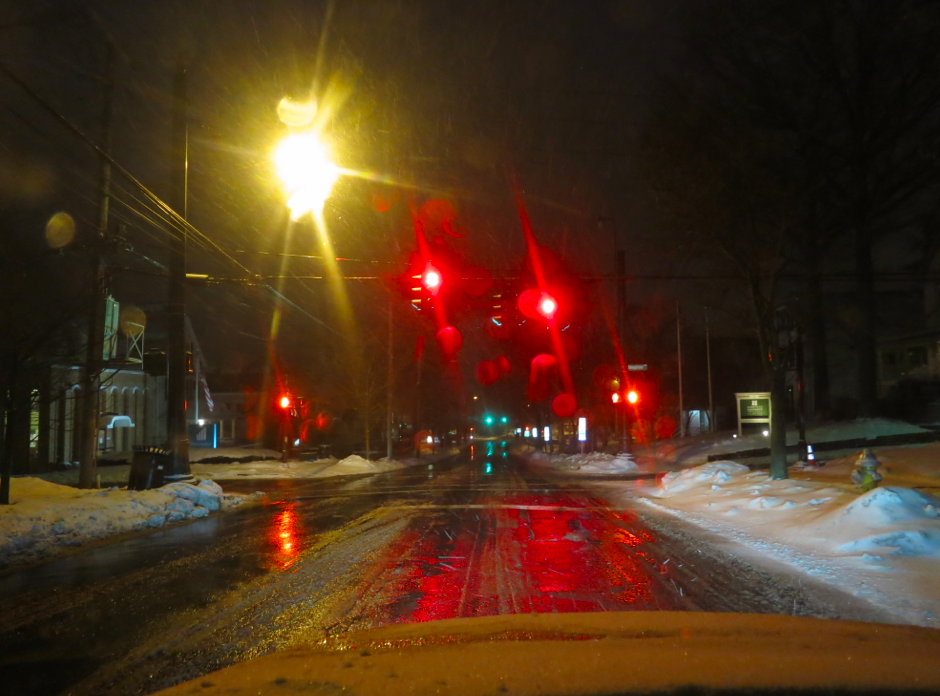 Eastern Middle School and the Bendheim Western Greenwich Civic Center will be on standby as shelters, but are not open at this time. Please make sure to bring your medications with you to the shelter. Both shelters have generators available.

There will be extra Police Officers assigned to shifts, including staff available to man the Emergency Operations Center overnight. GEMS will have an additional ambulance available tonight starting at 6:30 p.m.

The Department of Parks and Recreation has one full tree crew on holdover, and has prepared 2 crews to react depending on the types of calls received. The Department of Public Works Highway Division has 26 trucks available.

Residents are advised to monitor local and regional media outlets for up-to-date forecast information. WGCH Radio – AM1490 will remain on the air throughout the storm.

Everyone should take the opportunity to check and refresh their family’s emergency kit. Use caution when shoveling heavy snow to avoid injury. If you must be outdoors, exercise extreme caution and be wary of road conditions.

Vehicles are not permitted to be parked or otherwise remain standing or stationary on posted Snow Emergency routes during a declared snow emergency. Vehicles not in compliance are subject to ticketing and immediate towing.

Off-street municipally-owned parking lots can be used for parking vehicles displaced from Snow Emergency routes, with the exception of the garage at Greenwich Town Hall and the lot at Greenwich Library.

• For general information, visit our Town website at www.greenwichct.org

• The Fire Marshal has requested that residents please mind the closest fire hydrant to their homes. Fire hydrants should remain visible and accessible during a storm event to prevent delay in a fire emergency situation.

• The Holly Hill Transfer Station will be closed tomorrow, January 27, and may be

reopened on Wednesday, January 28, depending on weather conditions.

If power is lost, please keep safety in mind when using an alternative heating source and consider the following:

• Carbon monoxide, or CO, is an odorless, colorless gas that can cause sudden illness and death. A single gas-powered generator can produce as much as 100 times more poisonous Carbon Monoxide gas than a car’s exhaust.

• Never use a generator inside your home, basement or garage. Opening the garage door does not make it safe.

• Never use a generator in a flooded area.

• Operate generators outdoors as far away from your house as possible. The National Institute of Standards and Technology reports that even 15 feet away may still be dangerous because the CO fumes can enter the home through windows, doors or vents.

• Never refuel a generator while it is running or hot.

• Install CO detectors inside the home near all the sleeping areas.

• Electric or Gas stoves should never be used in an attempt to heat your home or any other heating element that may be dangerous in emitting gasses.

The forecast for the current winter storm is for blowing and drifting snow. This along with the forecast for as much as 2 feet of snow could create drifting of snow against buildings. This should be of great concern to any home or building owner who has a direct vent appliance (ie; boiler, furnace, water heater, etc.). These direct vent appliances can be located in a basement and vented through an exterior wall. These vents can be vulnerable to being blocked by snow if they are close to the ground. If the vent becomes blocked by snow the appliance will not be able to properly vent the products of combustion to the exterior possibly causing a backup of carbon monoxide in

the building. Something that could be very dangerous to the occupants. If you have such an appliance you should carefully monitor the exterior vent to make sure it is not blocked by accumulating or drifting snow and keep the area around the vent clear of such snow.

The CT State Building Code requires roof structures to be designed for a 30 psf snow load, in Greenwich. This could be a concern to some building owners due to the predicted snow fall. The National Climatic Data Center approximates the average density of snow fall (the ratio of snow to liquid water – snow/water ratio) to be between 8:1 and 20:1 (ie; 8:1 ratio translates to 8 inches of snow = 1 inch of water) . The US National Weather Service has set the current rate of converting snowfall into liquid water equivalent at 13:1. Since the weight of 1 cubic foot of water is 62.4 lbs, 1 inch of water over one square foot would weigh 5.2 lbs.

Using this data and the average current snow/water ratio of 13:1. One inch of average snow fall would weigh approximately .42 lbs/sf. At this rate an average 6 inch snowfall would weigh just over 2.5 lbs/sf. This does not appear to be a very large load on roof designs since they are required to be designed for 30 lbs/sf.

Rain falling on a snow pack can quickly increase the snow load because a snowpack can absorb rain until it’s about 45% saturated. (The snow pack will start melting when the saturation point is above 45%.). When this happens the snow to water ratio changes to a point where sopping wet snow can reach a ratio of 3:1. This dramatically changes the weight of the snow to 1.73 lbs/sf, more than 4 times that of average dry snow. At this rate 6 inches of sopping wet snow could weigh as much as 10.4 lbs/sf. Of course 6 inches of dry snow once it becomes wet will shrink to a lesser depth. Data was not available to determine how much the snow pack depth will decrease and at what rate.

With the predicted snow fall Monday through Tuesday, and another possible but smaller snow event being predicted for the end of this week, building owners should be monitoring roofs that have been accumulating snow. Those structures that have low slopes, flat roofs and especially those that have drifting snow should be monitored closely. Owners who may have concerns about the amount of snow on their roof should be prepared by obtaining contact information of a contractor they can call should their concerns become realized.