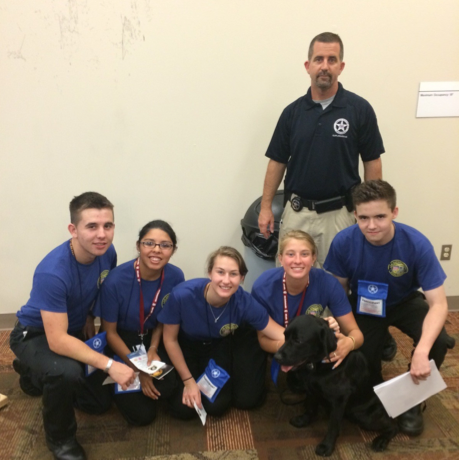 Over the past two summer months the Greenwich Police Dept. Community Impact office reached out to the residents, resulting in the completion of several training academies geared toward the interaction between citizens and local police.

The Spring 2014 Citizens Police Academy (CPA)
Citizens Police Academy (CPA) met twice a week for seven weeks. The CPA is geared toward an adult demographic and provides a deep understanding of the inner workings of the Greenwich Police Department. Topics of instruction included some of the following: Patrol Operations, Forensics, Crime Prevention and Domestic Violence. Thirty five adults completed the spring class.

The Spring Women’s Self Defense Course (WSDC)
This course also met twice a week for five weeks. The course was geared for women ranging in age 18-55 to gain confidence and situational awareness.

The course had both physical and mental challenges for the students. The class graduated 44 students, almost twice as many as previous classes.

The Greenwich Police Explorer Program
This learning for life organization is operated under the Greenwich Council Boy Scouts of America.

The Greenwich Police Explorers also attended the National Police Exploring Conference in Bloomington, Indiana. This year the national conference was attended by over 3,000 cadets from all over the United States. During this week long conference, police explorers attended numerous seminars on policing as well as gaining independence in a safe and productive manner.

The Greenwich Police Department is currently accepting applications for the 2014 Fall Citizens Police Academy. Applications can be found on the Town of Greenwich Website or within the lobby of Police Headquarters and Town Hall. Classes begin on September 30, 2014 and application must be completed by September 25, 2014 to be considered. Classes meet twice a week on Tuesdays and Thursdays.

The Youth Citizen Police Academy is tentatively scheduled for the week of June 22 2015. With the addition of some topics, the Greenwich Police Department is planning on making this a five day academy. Applications are currently not being accepted at this time.

The Woman’s Self Defense Course is tentatively scheduled to begin on October 1, 2014. Classes meet twice a week on Monday and Wednesday. This year the Greenwich Police Department will be offering one class solely for Greenwich High School students (public or private) in grades 11 or 12. The additional class will be for woman between the ages of 18 to 55. Applications will be available online at the Town of Greenwich Website after September 3, 2014.

For any additional information regarding these programs please contact the Greenwich Police Community Impact Office at 203-618-8307.