Charlee Javier Rodriguez, 28, of 222 Davis Ave in Greenwich, was arrested on Saturday after he voluntarily turned himself in to Greenwich Police.

He was wanted by warrant for Reckless Endangerment 1st degree and Sale of a Narcotic Substance, which is a felony.

Police say the arrest of Mr. Rodriguez followed their investigation of an overdose.

Lt Mark Zuccerella said the arrest warrant alleged that Rodriguez sold heroin to another person, who then overdosed.

The subject was revived by Greenwich EMS. 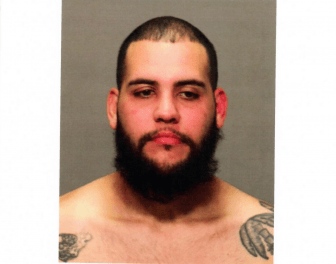 In October 2019, Rodriguez was charged with Larceny and Resisting Arrest after engaging police in a chase following a shoplifting incident on Greenwich Ave.

Mr. Rodriguez is known to Greenwich Police. In 2015, when he was a resident of Wilbur Peck Ct, he was charged with multiple drug related offenses including Operating a Drug Factory after the Narcotics Section of GPD executed three Search and Seizure Warrants.