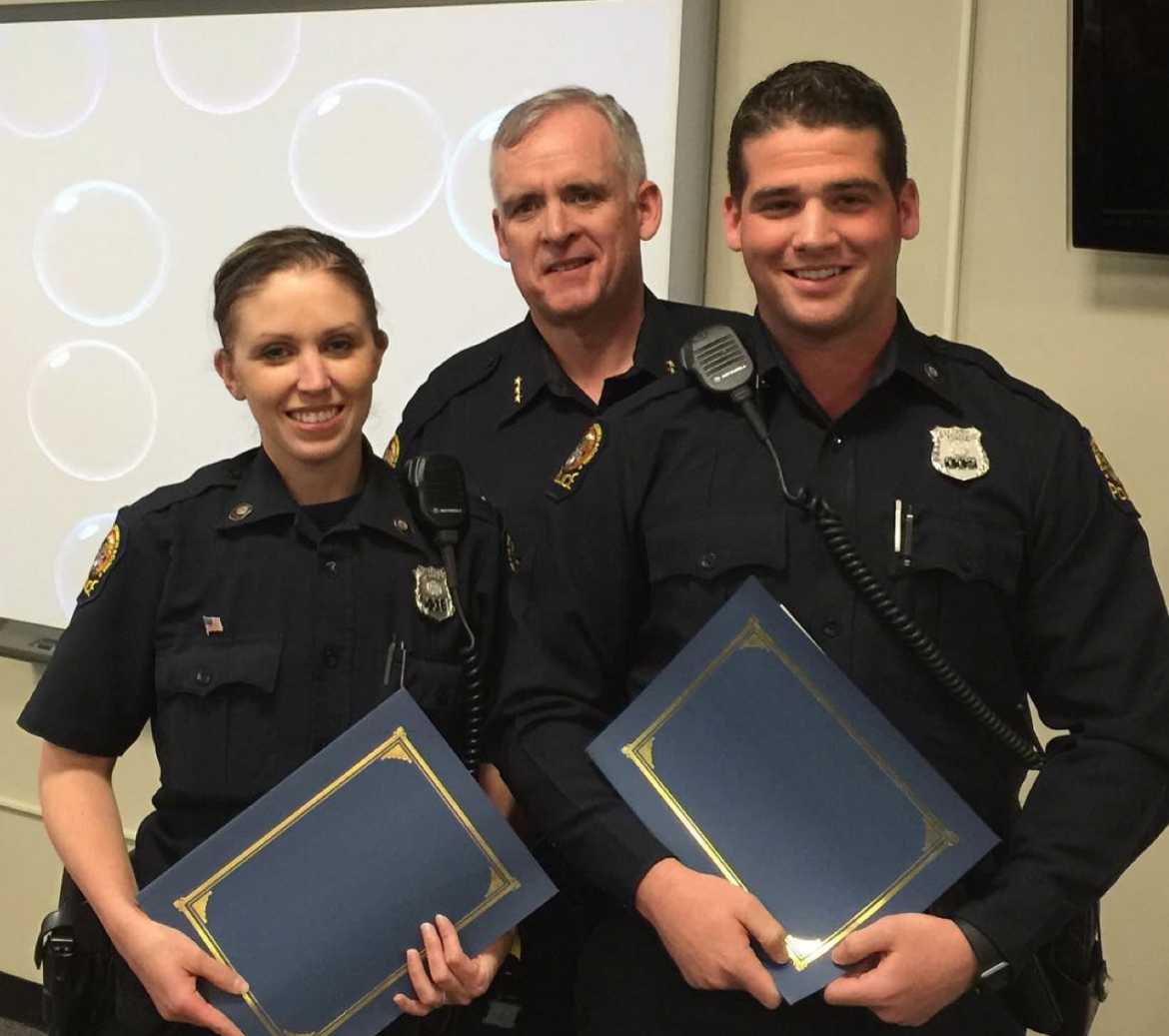 Officer Alan Pesce and Aran Santilli were recognized for their efforts catching a serious threat to our community. Silver Shield Facebook page

Greenwich Police Officers Alan Pesce and Aran Santilli have been honored as Officers of the Month for February.

Officers Pesce and Santilli investigated the actions of a dangerous Level 3 sex offender from New York, where courts consider a Level 3 to be at high-risk of repeat offense and a threat to public safety.

According to a statement from Greenwich Police Chief Heavey, the  suspect had lured a 15-year Cos Cob girl to his car and placed her in a dangerous situation.

“Officer Pesce was able to identify the suspect who is a notorious sex offender with a lengthy criminal history, multiple aliases, and no real home of record,” Heavey said in the statement. “After obtaining a warrant, Officer Pesce, Officer Santilli, and the other investigating officers from the Detective Division developed a clever investigative plan and were able to locate the suspect in a nearby New York jurisdiction quickly.”

The Greenwich Officers coordinated with the White Plains Police Dept to affect the arrest. The suspect remains in the custody of the Department of Corrections in Westchester County, Valhalla, New York, pending extradition back to Connecticut.

“Both Officer Pesce and Santilli demonstrated initiative and investigative aptitude, and I commend them both for their professionalism and dedication to duty,” Heavey said. “Their actions bring great credit to our department and on the behalf of the community; I thank them for a job well done.”