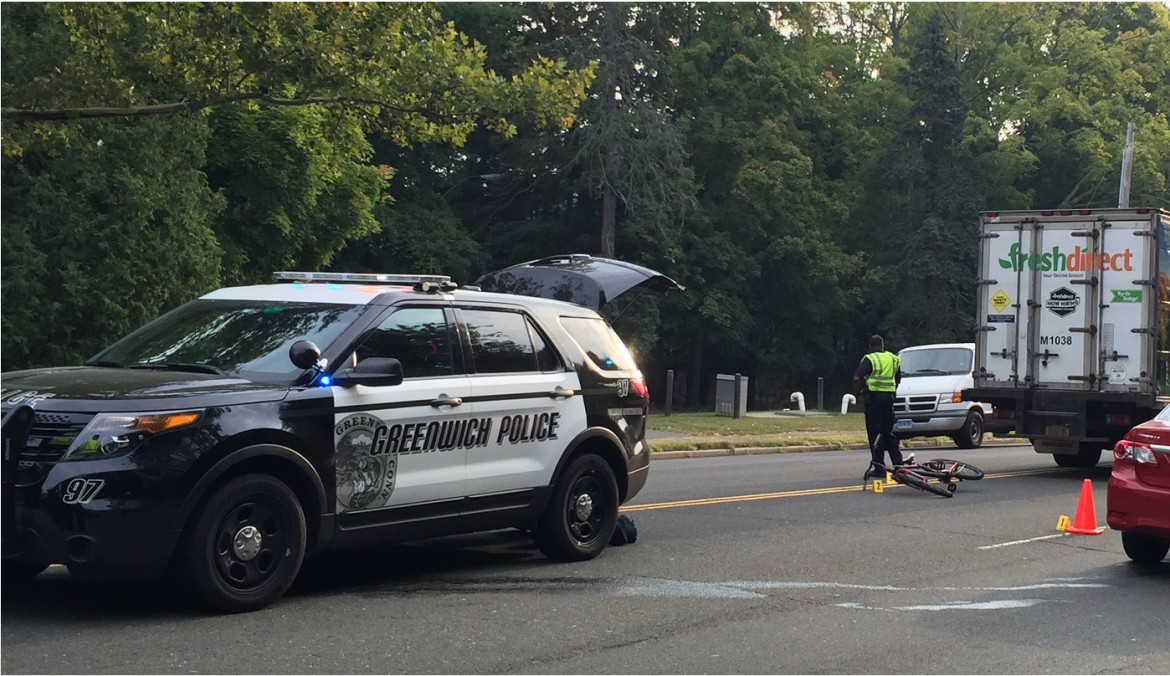 At about 6:20am on Monday, a GHS football team member riding his bike without a helmet attempted to cross East Putnam to get to Cardinal Stadium just past Overlook Drive.

The boy’s bicycle struck a box truck that was also traveling east on Rt 1.

“The impact took place place just in the center area of the passenger doors. It appears the student most likely struck the leading edge of the box section of the truck where he was knocked to the ground,” Greenwich Police Lt. Kraig Gray said in a recorded statement. Lt. Gray pointed out the boy was not wearing a helmet. He suffered a concussion and a collapsed lung.

The injured boy was transported to Stamford Hospital by Greenwich EMS and underwent surgery.  Lt. Gray characterized the injuries as severe, but said the boy is expected to make a full recovery.

The Greenwich Police Traffic Section continues to investigate the accident.