On Saturday Greenwich Police arrested three people including a juvenile in connection with a burglary at the Mobil Gas Station at 520 East Putnam Avenue.

The incident began around 4:00am when police observed a white van passing through the Mobile Station at a high rate of speed.

According to Lt Slusarz officers saw that the van appeared to be trying to catch up to another vehicle and followed both vehicles until they reached Salem Street.

The cars both stopped and the trio ran away on foot into Milbrook.

Police stopped one vehicle near Church Street and were able to obtain a confession from Mr. Tapia that he and his friends were responsible for the gas station burglary and attempted larceny.

A stop of the other vehicle was conducted on Old Church Road around 7:00am after police say they spotted a suspicious vehicle traveling west on East Putnam Ave and observed a man walking east and talking on his cell phone while trying to flag the vehicle down.

Police learned that the vehicle that had been left on Salem Street had been reported stolen from Stratford.

“Greenwich Police are up and paying attention at 4:00am,” Slusarz warned. 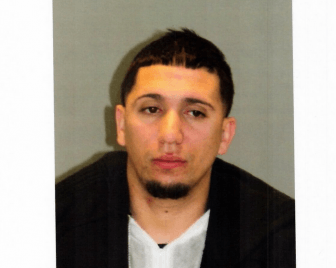 Luis Lopez, 24, of 3 Third Street in Ansonia and Kenny Tapia, 23, of 156 Steven Rd in Bridgeport were both arrested as was a youthful offender, age 17.

Mr. Lopez was charged with Burglary 3, Larceny 3, Interfering with an Officer/Resisting, and Conspiracy. His bond was set at $100,000 which he was unable to post. He has a court date on Dec 10, 2018 in Stamford. 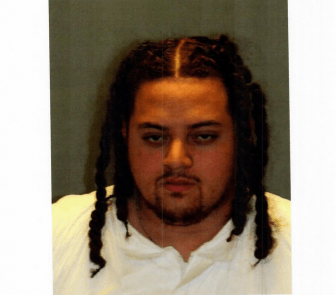 The youthful offender was issued a juvenile summons for Burglary 3, Conspiracy to Commit Burglary 3, Larceny 3 and Interfering with Officer/Resisting Arrest.

He was transported to the Special Victims Section at Greenwich Police Dept. He was released into the custody of his mother.