Greenwich Fire Chief Siecienski gave an update on the progress of the fire station at the public safety complex in central Greenwich this week. In an interview with Tony Savino on WGCH 1490, Chief Siecienski said the construction heating plan has been approved and is operating on the inside the building. The temporary heaters necessary for the concrete block work to continue through the winter are up and running. Hallways and rooms are beginning taking shape.

“Things are looking good,” he said. “The hallways are up, and there is a lot of utility work including electrical and alarm systems under way.”

Chief Siecienski said with luck the project will be completed in time for the 2016 holiday season. He said the lease at Holly Hill for the administrative offices of the fire marshals and training division goes through December, 2016. 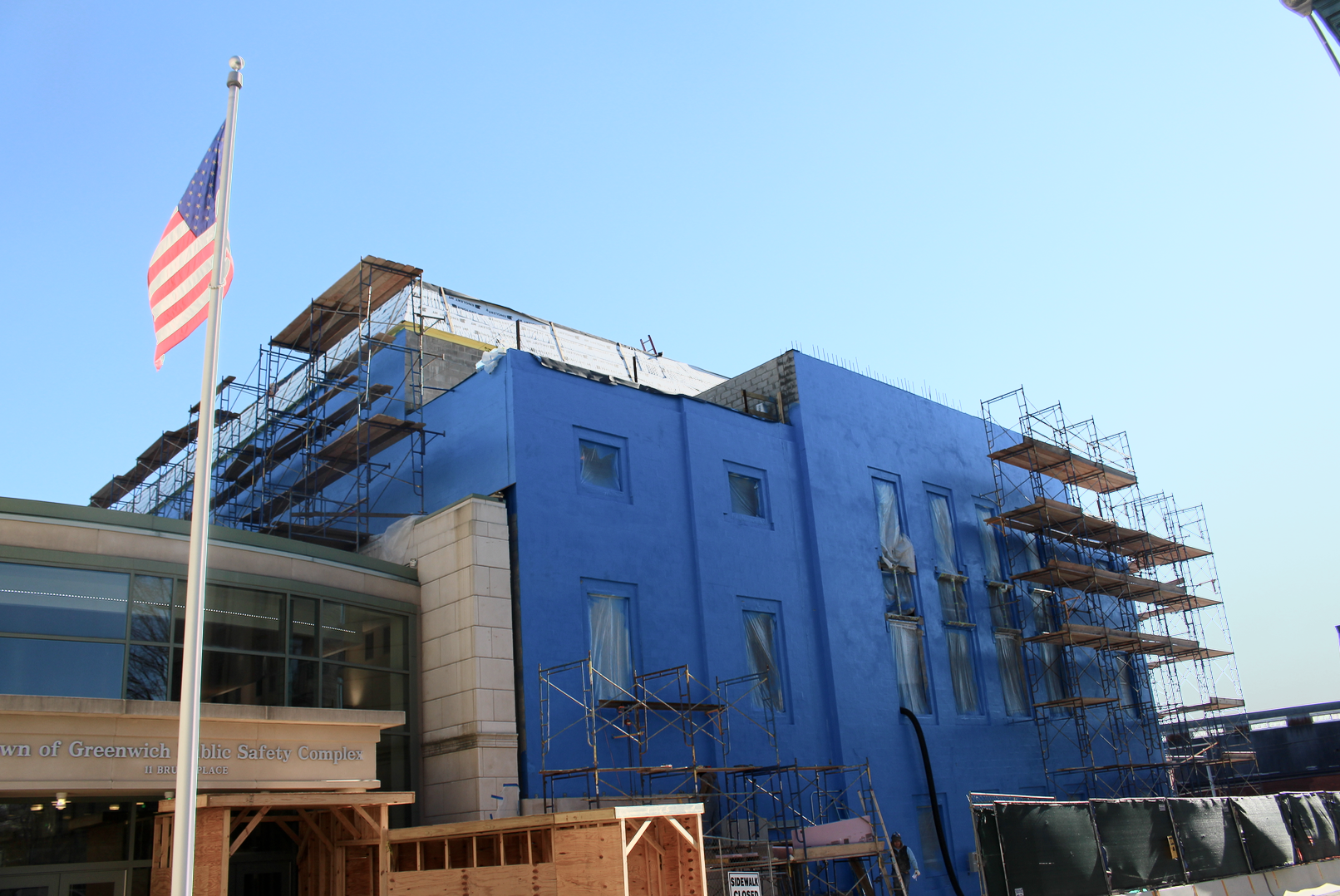 Coated in blue, construction of the fire station at the Greenwich Public Safety Complex, on Monday, Jan. 11, 2016