On Wednesday Greenwich Police stopped a car that ran a stop sign on Greenwich Avenue around 1:30pm.

The occupants of the car initially denied knowledge of the wallets and could not produce receipts for them.

Shortly after, the passenger admitted to having stolen the wallets from a central Greenwich retailer shortly before being pulled over.

According to Lt Slusarz, the wallet thieves were driving a rental vehicle, which is common with people coming to Greenwich to commit larceny.

Because of a recently enacted police policy not to identify the name of stores targeted by shoplifters, Slusarz would only say the store was in the 300 Block of Greenwich Ave.

Both the driver and passenger were determined to have come to Greenwich with the intent to commit organized larceny. Mr. Patrone was charged with Failure to Obey Stop Sign as well as Organized Retail Theft, Conspiracy To Commit Larceny 3 and Larceny 3. 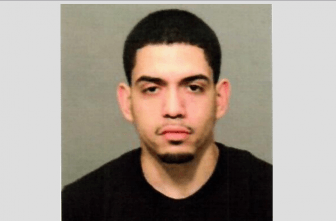 The passenger, Emmanuel De-Jesus Navas, 27, of Bailey Ave in Bronx, NY, was charged with Organized Retail Theft, Larceny 3 and conspiracy to Commit Larceny 3. His bond was also $1,000 which he was unable to post. H shares a date in Stamford Superior Court with Mr. Patrone on Feb 27, 2019.