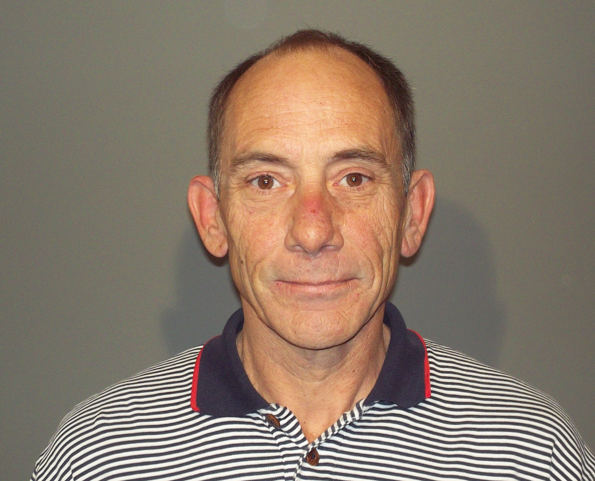 The Greenwich man arrested by warrant last week for hurling expletives and racial epithets, including a reference to ‘Ferguson’—the Missouri town where a police officer last month shot and killed an unarmed black teenager—at an African-American parking enforcement officer in New Canaan, later told officials that he was targeted “because I’m white” and tried to get out of the $15 ticket, documents show.

On Aug. 28, hours after driving away from Morse Court, where he’d been issued a $15 parking ticket around 9:45 a.m., David G. Liebenguth, 55, of Cos Cob, phoned the New Canaan Parking Bureau and left a message saying, “You have a racist working for you” and that the parking enforcement officer “wrote me a ticket because I’m white but let the black guy go,” according to the New Canaan Police Department’s application for Liebenguth’s arrest.

That claim is at odds with at least one eyewitness’s version of the encounter as well as with what Liebenguth himself summarized in a letter that he later sent to police. In the letter, Liebenguth argued that he shouldn’t be arrested for second-degree breach of peace, though he later turned himself in on the misdemeanor charge.

New Canaan Police, after investigating the incident and securing a warrant for Liebenguth, notified the Greenwich man by letter on Sept. 10. A response letter from Liebenguth, sent to First Selectman Rob Mallozzi, Town Attorney Ira Bloom and Police Chief Leon Krolikowski, starts (his capitalization and punctuation): “BREACH OF PEACE??? Quite honestly I was expecting an official apology on your employees behalf.”

The letter goes on to say that the parking enforcement officer had blocked Liebenguth in after issuing the ticket, that the parking officer began to “rant and rave, berate me, raise his voice, exhibit flailing physical movements towards me, and scream at me, ‘You don’t want to go there,’ after his initial racially veiled slur of me and my ‘WHITE’ car was responded to with my question of ‘So this is a racial issue’?”

Liebenguth in the letter also said that the parking attendant was standing far away from his own vehicle, which was open and running, and flirting with a woman across the parking lot.

“To provide further details and factual description of the aforementioned female, she as an overweight Caucasian woman,” Liebenguth said in his letter. “Unless of course that description constitutes ‘breach of peace’? In that case she was just a fat white lady.”

At the end of his letter, Liebenguth reiterated that the charges should be dropped “and in a reciprocal offer to waive my right to file charges of my own in relation to the aforementioned verbal encounter between a private citizen and a municipal employee.”

Ultimately, Liebenguth turned himself in at 7 p.m. on Sept. 17, shortly after Greenwich Police attempted to reach him at home.

NewCanaanite.com obtained Liebenguth’s letter as well as the New Canaan Police Department’s application for his arrest warrant, through a Freedom of Information Act request.

According to the arrest warrant application, Liebenguth began escalating the $15 ticket for parking in an unpaid space, telling the parking enforcement officer it was “[expletive] unbelievable” and then saying he was ticketed because the car was “white.”

“The male [Liebenguth] stated that it was ‘racial’ that he was issued the ticket. [The parking enforcement officer] responded to the male that he should watch what he says,” the application said. “The male told him it was a free country and free speech, and that he could say what he wanted to say. The male then got into his vehicle, and as he was doing so he blurted out, ‘Remember what happened in Ferguson,’ which [the parking enforcement officer] took to mean a reference to a recent police officer involved in the shooting of an unarmed black male in Ferguson, MO.”

The male then mumbled expletives and racial epithets as he drove off, circled the lot and did so again, the application said.

A witness corroborated parts of the exchange, the application said, including that Liebenguth said “You’re only ticketing me because I’m white.” She also heard the reference to Ferguson.

Liebenguth was released after promising to appear Sept. 29 in state Superior Court in Norwalk.