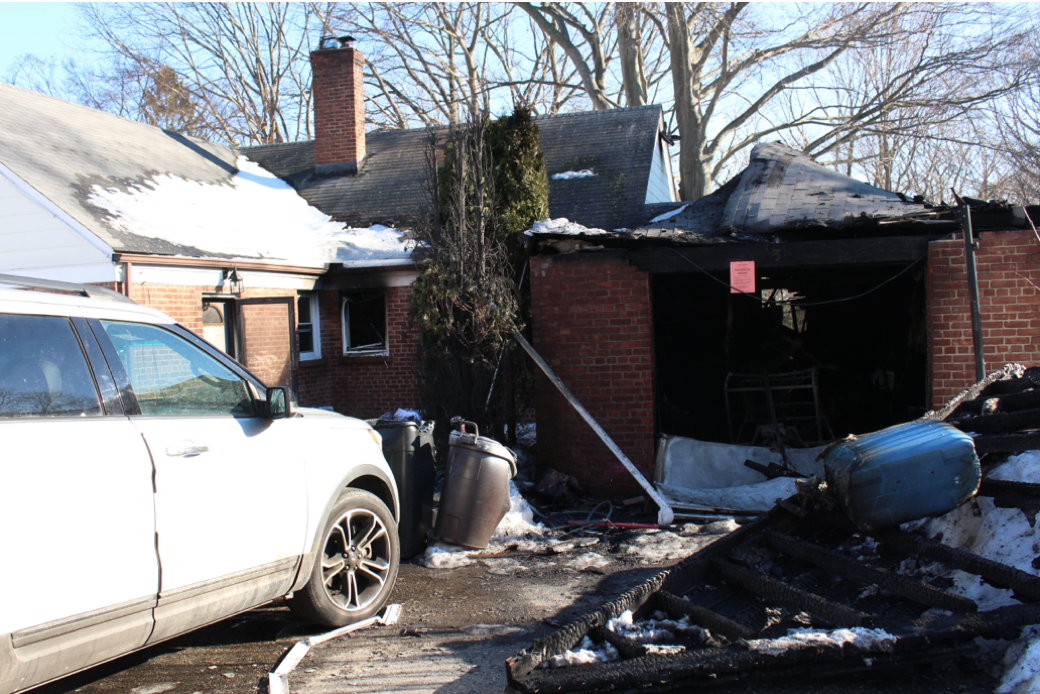 Henry Calam, 45, of 83 Halsey Drive in Old Greenwich turned himself into Greenwich Police Headquarters on Tuesday on an arrest warrant issued by Stamford Superior Court.

The charges stemmed from the explosion and residential fire at 30 Northridge Rd on March 9 in which Calam was injured and the house severely damaged. According to Greenwich Police, the fire came after a very similar incident early this year on January 7, 2015.

In the January incident, there was a smaller explosion and fire in that garage while Calam was working on a project. During the ensuing investigation into that incident, fireworks were discovered in that same garage. Police determined the fireworks had been inappropriately stored, and although they were not deemed the cause of the fire, they were acknowledged a potential hazard.

Calam was warned of the seriousness of improperly stored combustible material and general fire safety by the Greenwich Fire Marshall.

In the March 9 incident, the investigation revealed that Calam, who rents the home at 30 Northridge Rd, was working in the garage. He was using spray paint and an electric grinder while working on a Go-Kart. The electric grinder was the ignition source that created an explosive atmosphere created by the paint fumes in an area with no ventilation. The fire quickly engulfed the garage and spread to the main house causing significant damage to the structure with only Calam suffering serious but not life threatening injuries.

According to Greenwich Police, the fire was a direct result of improper ventilation and carelessness. The investigation concluded that this was this was a preventable fire. Calam was charged with Reckless Endangerment 1st degree and Criminal Mischief 3rd degree. Calam was able to post the court set bond of $10,000 and given a court date of April 29, 2015 in Stamford Superior Court.

Explosion at 30 Northridge Under Investigation