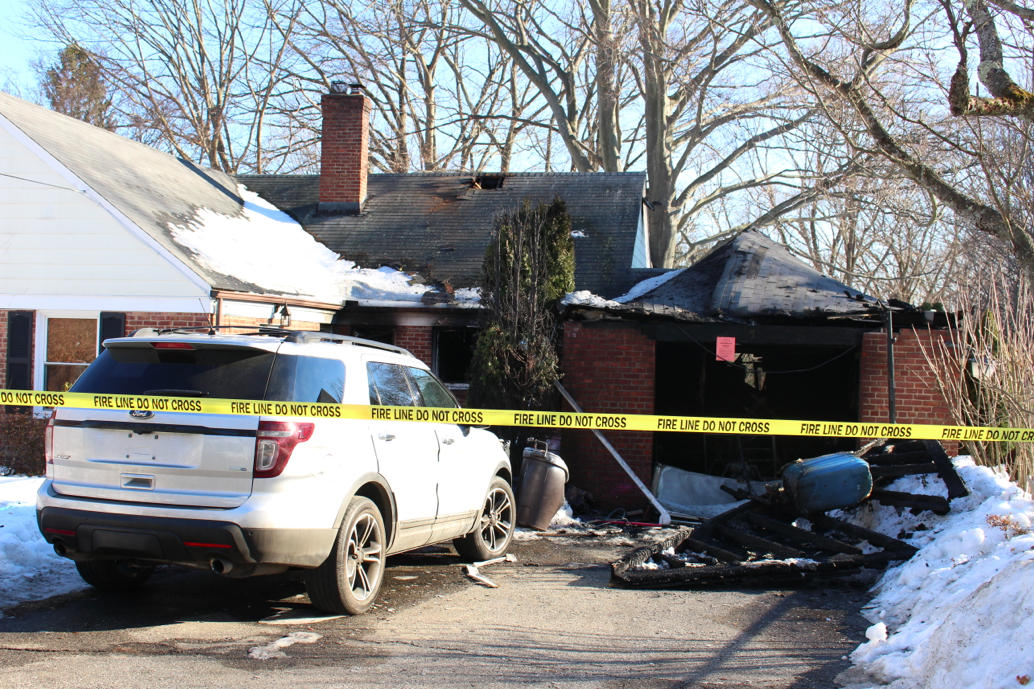 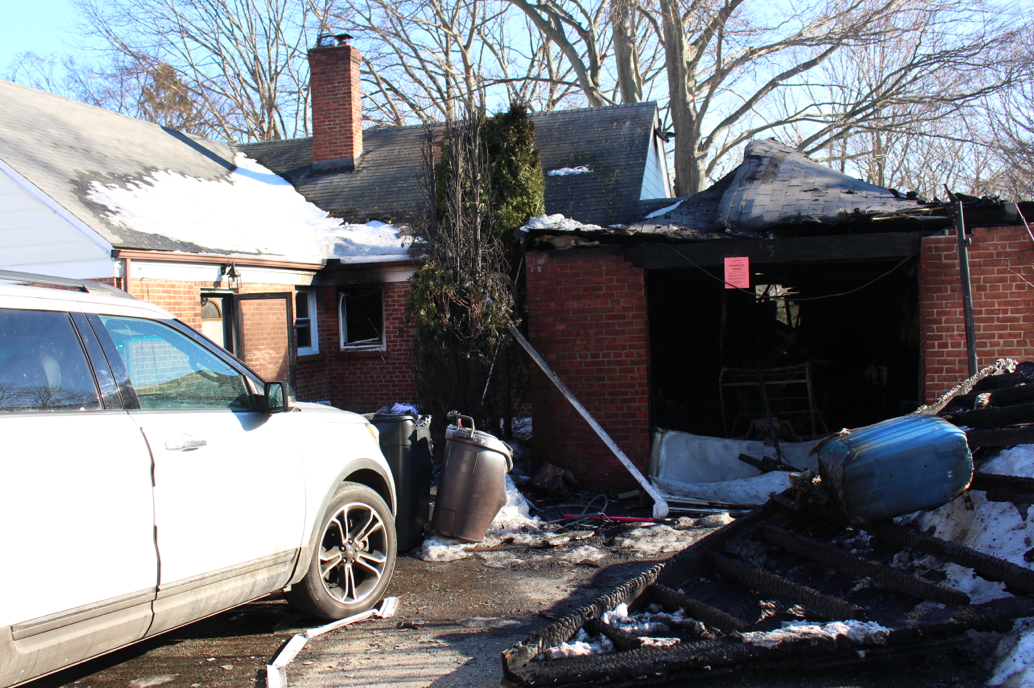 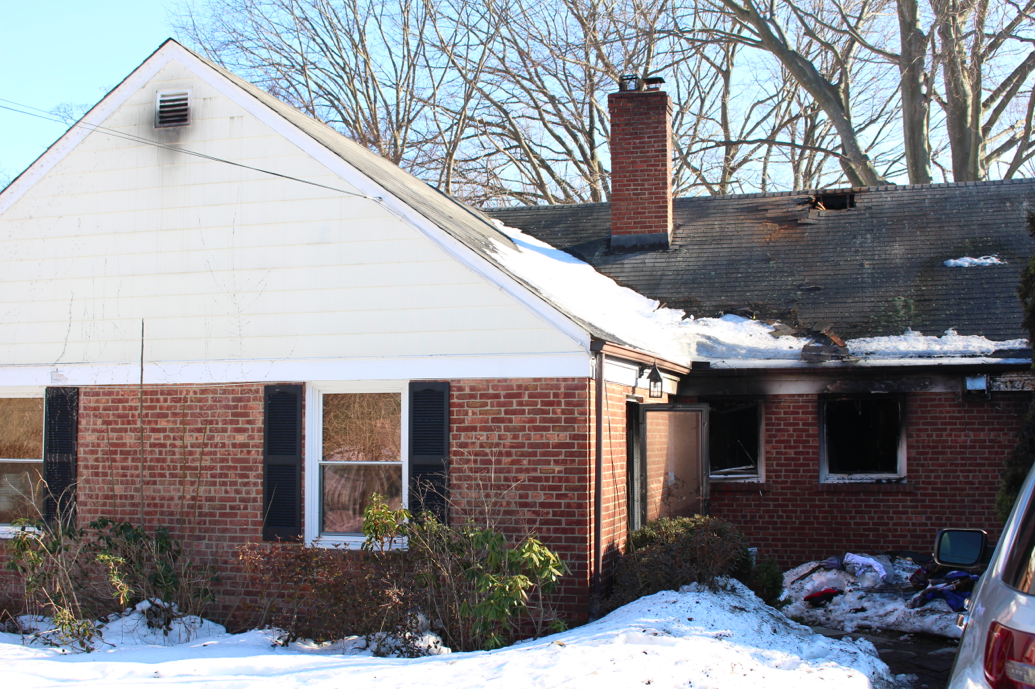 A Cape Cod style home at 30 Northridge, which is located off Havemeyer Lane in Old Greenwich suffered major damage after a mid-day explosion in the home’s one-car garage. According to multiple reports an occupant of the home  had been working in his garage just before the explosion. An off duty fire fighter from Stamford happened to be working across the street, and as neighbors called 911, he escorted the injured man to the street. The injured man was taken to Stamford Hospital to be treated for minor injuries.

At about 5:00pm, the smell of the burnt garage hung in the air. The house was cordoned off with yellow police tape and, as neighbors milled around the home, a steady stream of cars stopped in the road for a look.