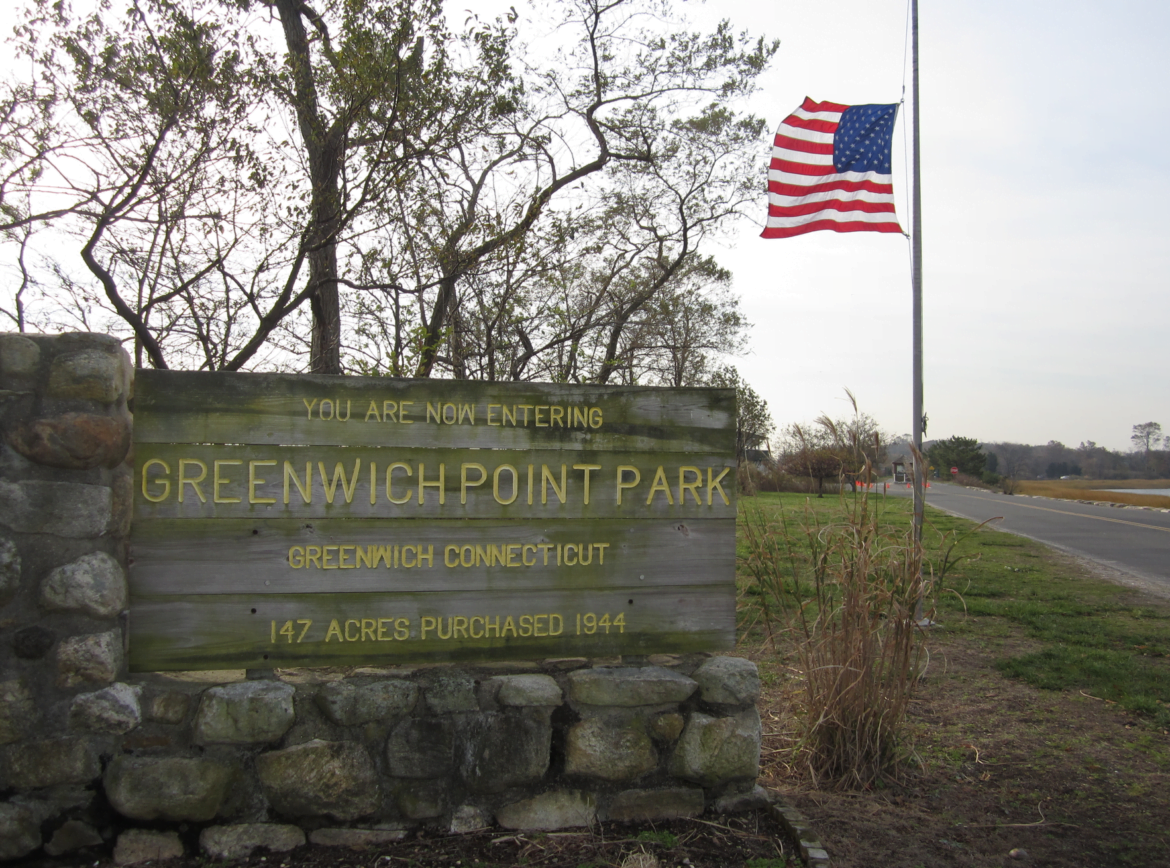 Update: December 1, 4:00pm: In an update from Greenwich Police, the bottle found containing odd items was a “message in a bottle” that was set adrift and likely had washed up on the shore.

“The bottle could better be described as a clear jar similar to ones used for pickles allowing it to be sealed tightly,” Police said in a statement around 4:00pm. “It appears that the jar contained no threats or harmful substances.”

Although the resulting investigation may have been inconvenient to the public, police say their meticulous response ere key to public safety.

“Across the nation, we’re all part of communities. In cities, on farms, and in the suburbs, we share everyday moments with our neighbors, colleagues, family, and friends,” Police said in the statement. “It’s easy to take for granted the routine moments in our every day-going to work or school, the grocery store or the gas station. But your every day is different than your neighbor’s-filled with the moments that make it uniquely yours.”

If you see something you know shouldn’t be there, or someone’s behavior doesn’t seem quite right, it’s important to speak up.

Informed, alert communities play a critical role in keeping the nation safe. “If You See Something, Say Something,” engages the public in protecting the homeland through awareness-building, partnerships, and other outreach.

The bottle contained what police described as “odd items.”

The resident who spotted the bottle followed the national “see something – say something” protocol and called police.

According to the statement, a Greenwich Police officer responded and agreed that the contents of the bottle were odd and worthy of further inspection.

Police closed off the area and followed the protocol for a suspicious package, meaning the Stamford Bomb Squad was contacted, in addition to Police and Greenwich Fire Dept.

Initial investigation revealed that the contents were not hazardous to the community, but were indeed “odd.” Police will continue to investigate the circumstances of how the bottle and contents arrived at Greenwich Point.