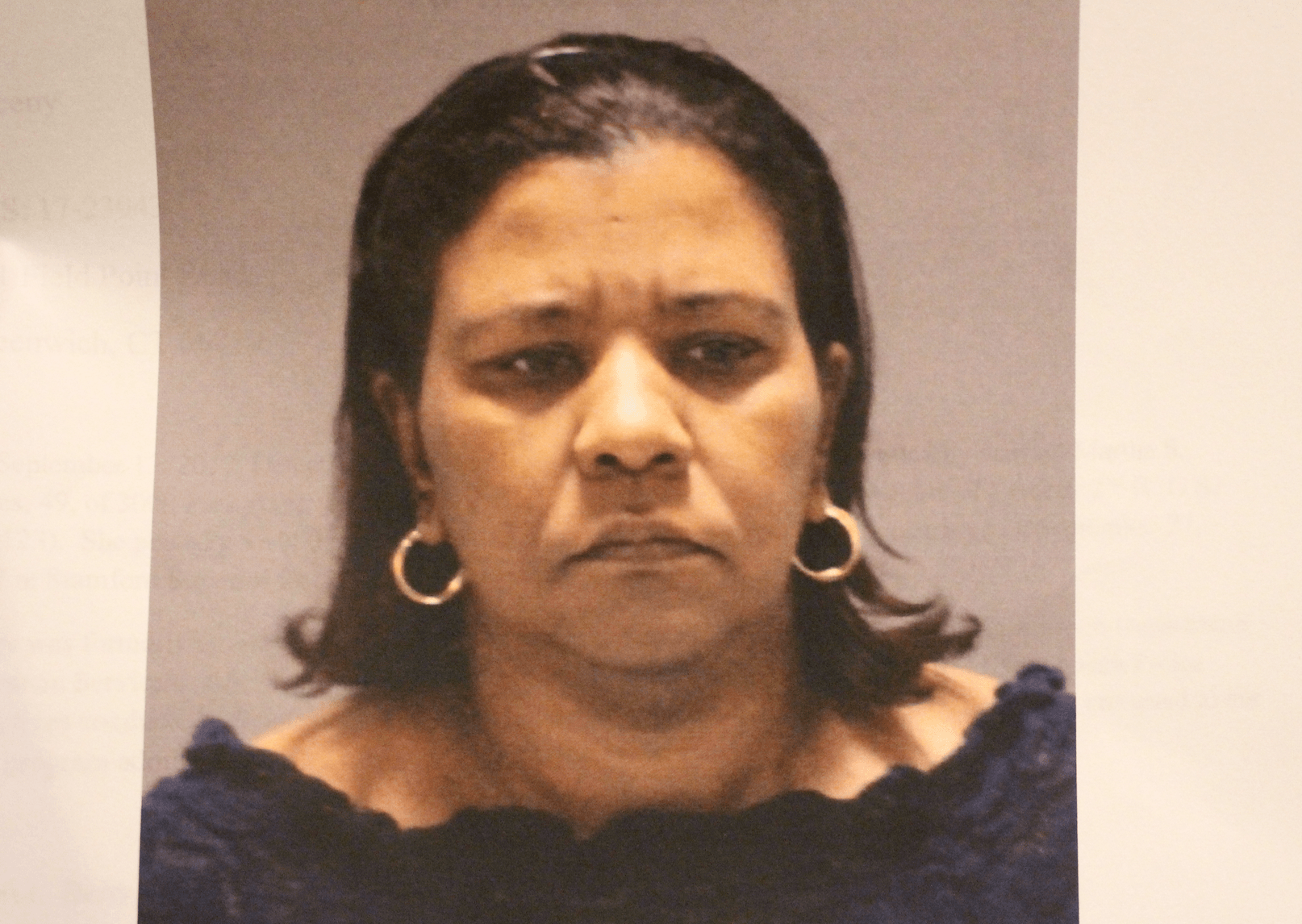 Update: the article has been updated to reflect that the amount allegedly stolen was less than $2,000, not $10,000 as originally reported

On Wednesday around 10:00am, Martha S Reyes, an employee of Greenwich’s Dept of Human Services, which changed its name last March from Dept of Social Services, surrendered to Greenwich Police on an outstanding warrant for Larceny 2.

According to Greenwich Police, Reyes was formerly a Budget and Systems Supervisor for the department which is led by Alan Barry.

According to Greenwich Police, after receiving a report from Ms. Reyes’ supervisors of missing money from the Dept of Human Services’ petty cash, Greenwich Detectives conducted a lengthy investigation.

According to the Town of Greenwich website, the Dept of Human Services’ mission is to enhance the quality of life of Greenwich residents through support in meeting basic human needs and fostering self-sufficiency.  The department assists residents by connecting to essential resources for support including food, shelter, educational and employment opportunities, personal safety and access to health care services.

According to Greenwich Police Dept’s Lt. David Nemecek, Ms. Reyes, who is 49, allegedly stole public funds from petty cash in an amount under $2,000. Nemecek said the police began investigating the thefts back on July 5.

“They took statements from a number of people including supervisors and other employees, and then sought an arrest warrant,” Nemecek said.

Back in April, Michal Gordon, an account clerk for the Parking Services Dept since 2009 was charged with Larceny 2, Forgery 2, and False Entry by Officer or Agent.

Greenwich Police arrested Mr. Gordon on a warrant stemming from an ongoing investigation that uncovered Gordon was diverting money from the Dept of Parking Services for personal profit.