After that story, we were sad to hear Ms. Green was leaving GHS for the 2014-15 school year, but delighted to hear she returned from the leave of absence and is safely ensconced in her familiar corner of the media center. 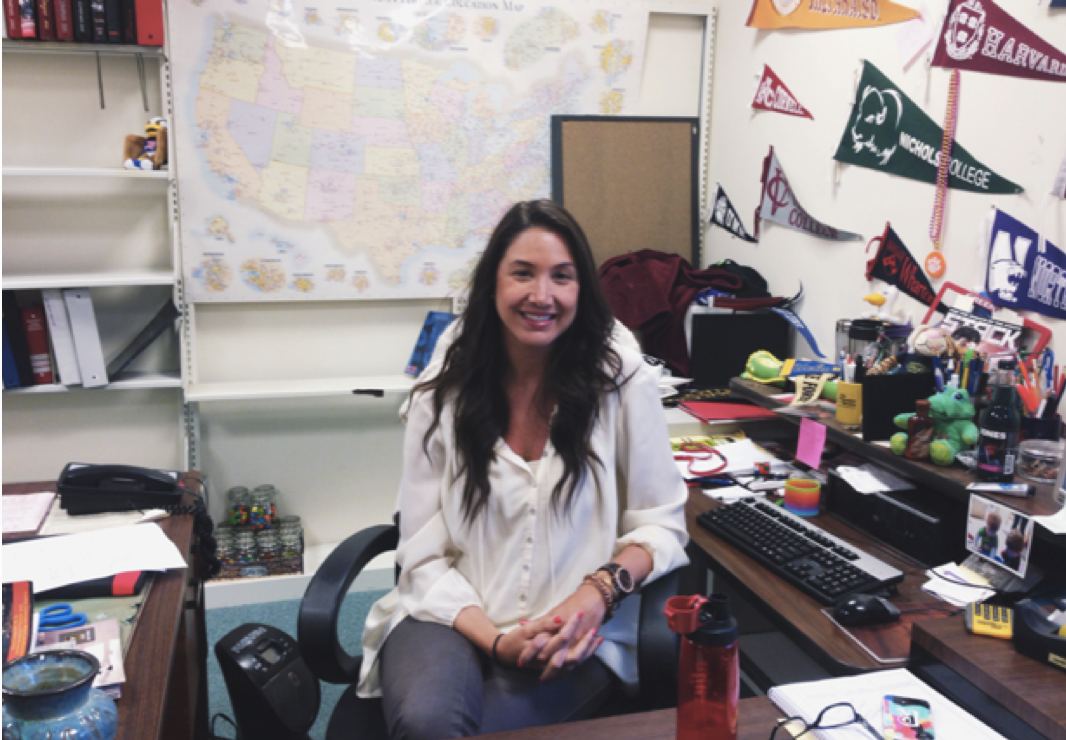 Green said that in addition to missing both friends and family on the east coast, and New York City in particular, she is thrilled to be back “home” at GHS.

She said her year working at a private high school in California gave her added perspective on her ninth year at GHS.

It was interesting to hear how her year at a private high school, away from the New England epicenter of the admissions frenzy informed her.

“The college pressure and all the craziness is a geographic issue, because even though it was an expensive private prep school, there wasn’t the same college insanity. They could breathe a little bit.” – Randi Green on working in a private high school in California

In addition to learning a great deal about the University of California system, Green said the private high school where she worked had a cap of 3 AP courses. She pointed out that many high schools limit how many colleges a student could apply to.

Contrast that to Greenwich High School, where students often apply to numerous colleges and can become overwhelmed when they actually have to pick one.

“For these 17-year-olds, this is often the biggest decision of their lives,” Green said. “There’s no right answer. You might become a different version of yourself at one school versus another.”

In fact, while Green declines to make a decision for any student, she said sometimes students beg her to decide for them.. (In those cases she keeps a Magic 8 Ball on her desk – Ask Again Later. Signs Point to Yes.)

“I want you to be happy,” she continued, adding that there are always students who come back after all or part of their freshman year in college and say they’re unhappy, have anxiety, or are overwhelmed by the work load.

Green said that in the last ten years, much has changed in the landscape of the college admissions process in Greenwich, as in all affluent communities. And, she said, “because GHS is so big, like a mini society, after middle school, you can be the math kid, the robotics kid, the athlete, the theater kid or whatever you want.” The corollary to that is a student can find an equally unique and fitting college.  “There’s thousands of colleges,” she said, but the tendency every year is for certain colleges to pick up a certain “buzz.”

“You don’t need to all be applying to the same 50 colleges,” she said, referring to the tendency of students to gravitate to schools. And, she said, a lot of that buzz is generated by schools themselves.

“They spend a lot of money and resources and market to specific economic tiers, so it’s not a mistake that a lot of kids apply, and then the school becomes more selective,” she said.

“They do targeted mailings and counselor fly-ins to target certain high schools,” Green explained, adding that schools also offer the “Zap-apps,” making it free to apply – ultimately ‘recruiting to reject.’

Think Outside the (GHS) Box
Ms. Green said she urges students to omit prestige as a top priority when they compile their lists.  And, she said,  part of her job is re-calibrating expectations of parents who went to college themselves maybe 30 years ago, as so much has changed in intervening years.

Green said that Naviance is a useful tool. In fact, at this point Naviance incorporates 11 years of information and it’s possible to look historically at the data and catch trends.

“It’s a good guideline for us. I suggest to parents and students not to ignore the data,” she said, adding, “It’s a conversation stater. It doesn’t tell the whole story.”

Much of what she does at GHS is help students who are college-bound, providing an additional resource to services of the individual guidance counselors. She helps students come up with their “lists,” plan their application strategy in terms of early decision or early action, practice mock college interviews, conduct scholarship searches and write resumés. Quite often, she said she’ll give one last look at a students’ common app before they hit “submit.” She also organizes the senior internship program that goes into effect the last five weeks of the year. 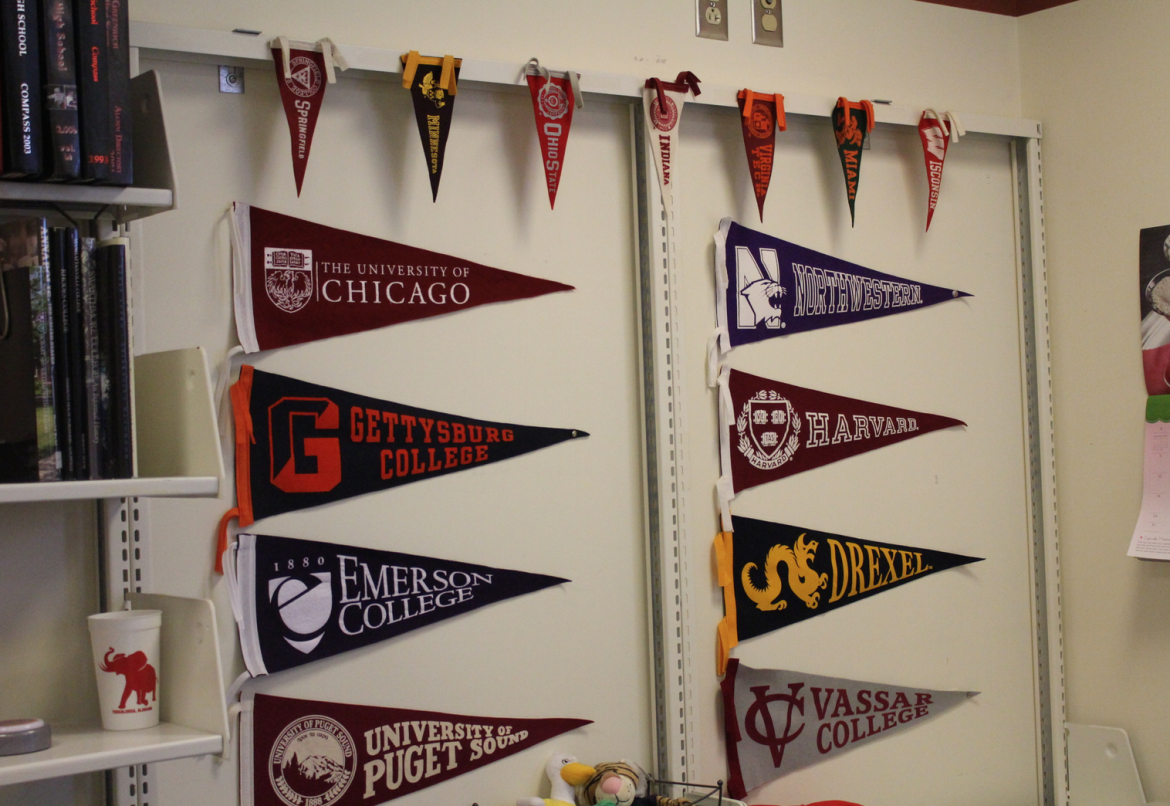 It’s a busy job. Consider there are roughly 700 students in a GHS graduating class. Green estimates that she assists about 300 students at least once, though some seek her out on a more regular basis.

“The most fun part of my job in general is to get to meet students spring of their junior year, help them set their goals, and watch them in the process,” Green said, adding that along the way she nudges and prods with questions that help students become more introspective. She said introspection is key to writing a thoughtful essay, and to picking a school that is a good fit.

Ms. Green said 17-year-olds are infinitely amusing, often hilarious. “If you can joke and laugh with them it helps take away some of the stress and anxiety,” she said. Amen to that.

Another aspect of her job she enjoys is that past graduates return to visit. In fact, students stay in touch, even after college, when they embark on their working life.

On a final note, Ms. Green’s message to parents is to reconsider their earliest goals for their children. “Do you want them to be happy, be kind, have a career that is fulfilling and make good friends?” she asked. “They should remind their children of those goals too.”

Going Above and Beyond: Randi Green, GHS College & Career Counselor