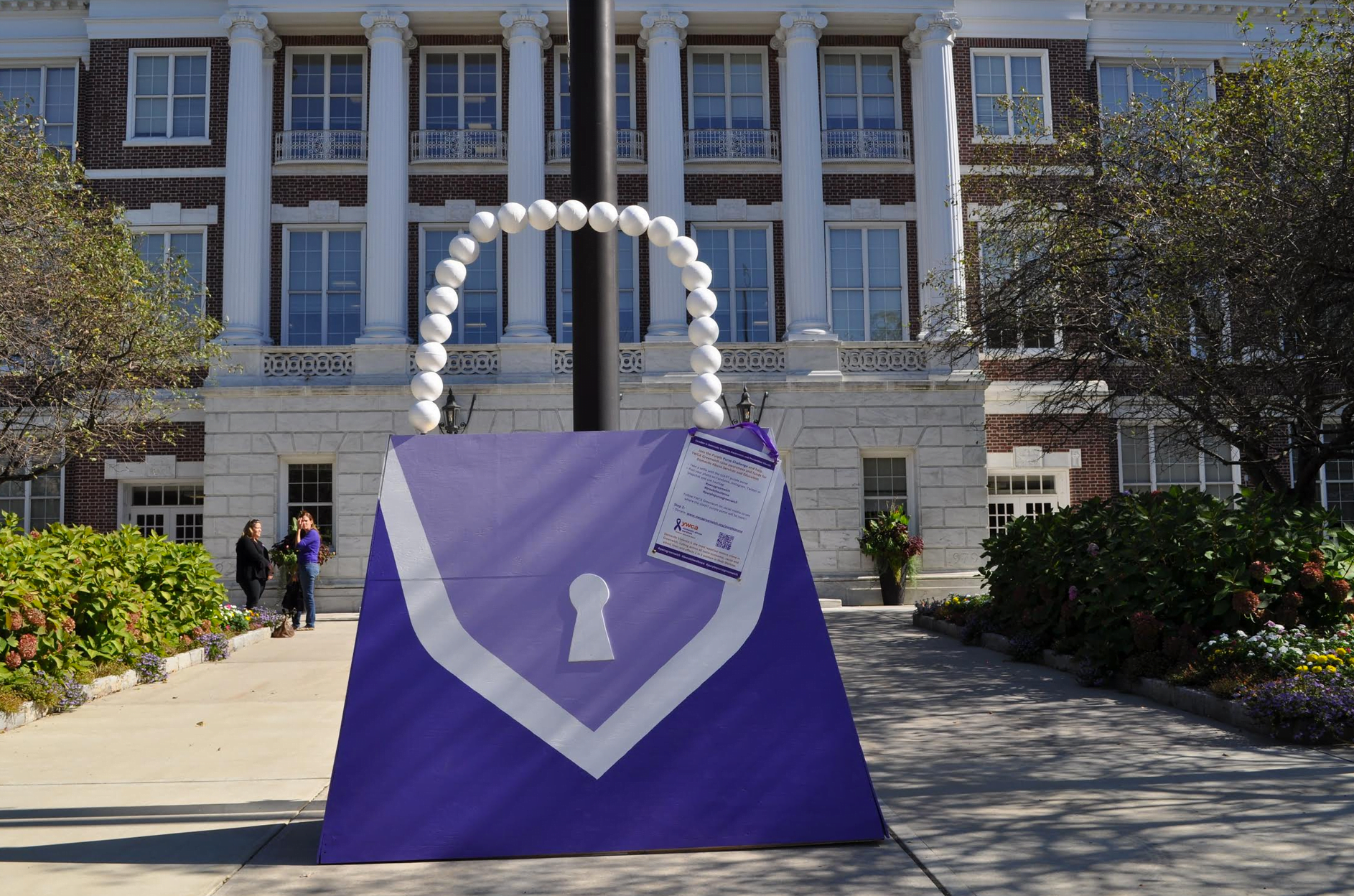 October is domestic violence awareness and prevention month across the country and here in Greenwich.

Domestic violence occurs when one partner intimidates, manipulates or threatens the other in order to establish dominance. Domestic abuse can be emotional, sexual, verbal, physical, as well as financial.

Domestic violence is at an epidemic level in the United States. According to the Center for Disease Control, one in four women and one in seven men will experience physical violence by an intimate partner in their lifetime. Last year, YWCA Greenwich Domestic Abuse Services answered more than 4,100 hotline calls — an average of 11 calls a day — from people, mostly women, who are in need of help. They are from all walks of life, education levels, and economic status, and race, ethnic or religious backgrounds.

That’s why the Allstate Foundation is raising awareness about financial abuse through their annual Purple Purse Campaign. YWCA Greenwich is again participating in this year’s campaign, and Greenwich residents may notice a purple purse popping up in locations around town. The purse is a metaphor for women’s power, and purple is the color of domestic abuse.

Allstate’s research demonstrates the lack of understanding and impact of financial abuse:

• One in five (22 percent) Americans say they know someone who has been the victim of financial abuse by their spouse or partner.

• Eight percent say they have personally been the victim of financial abuse. This abuse is most common among those who have been separated or divorced (37 percent), among single mothers (40 percent) and is higher among African-Americans (22 percent) than White non-Hispanics (11 percent) or Hispanics (13 percent).

• Respondents say financial abuse is the least likely (3 percent) to be recognized by an outsider, and the least understood (42 percent) form of abuse when asked about the different types of abuse inherent to domestic violence (physical, sexual, emotional and financial abuse).

• Less than one in four (39 percent) say they have taken steps to protect themselves from financial abuse, including just one-third (33 percent) of Millennial womenand less than half (45 percent) of Hispanic women.

If you consider that an abuser wants absolute power and control in their relationships, then it is not difficult to understand why making the victim financially dependent would be a way of keeping the victim from leaving.
According to the Connecticut Coalition Against Domestic Violence, financial abuse takes many forms:

• Forbidding the victim to work or attend school

• Jeopardizing employment by stalking or harassing the victim at the workplace

• Withholding money or giving “an allowance”

• Running up debt in the victim’s name

The long-term impact of financial abuse can be devastating to a victim and a victim’s children. McKinsey & Co estimates that violence against women costs about $4.9 billion in the United States annually.

Seventy percent of this comes from direct medical costs, 15% from lost productivity, and 15% from lost earnings over women’s lifetimes. In response, Allstate has developed a set of tools and information called “Moving Ahead Through Financial Management,” which educates and empowers victims to be financially self-sufficient.

• Strategies for addressing the complex financial and safety challenges of ending a relationship with an abusive partner.

• Methods for dealing with the misuse of financial records.

• Tools to help people of all incomes and earning power work toward long-term financial empowerment, including budgeting tools and step-by- step planners.

If you suspect that you are a victim of financial or any other form of abuse, please call the YWCA Greenwich hotline at (203) 622-0003 and review the Allstate materials at http://purplepurse.com/get-empowered/financial-tools/financial- tools-introduction/financial- empowerment-curriculum.

Both the
YWCA services and the Allstate financial empowerment tools are 100% free.