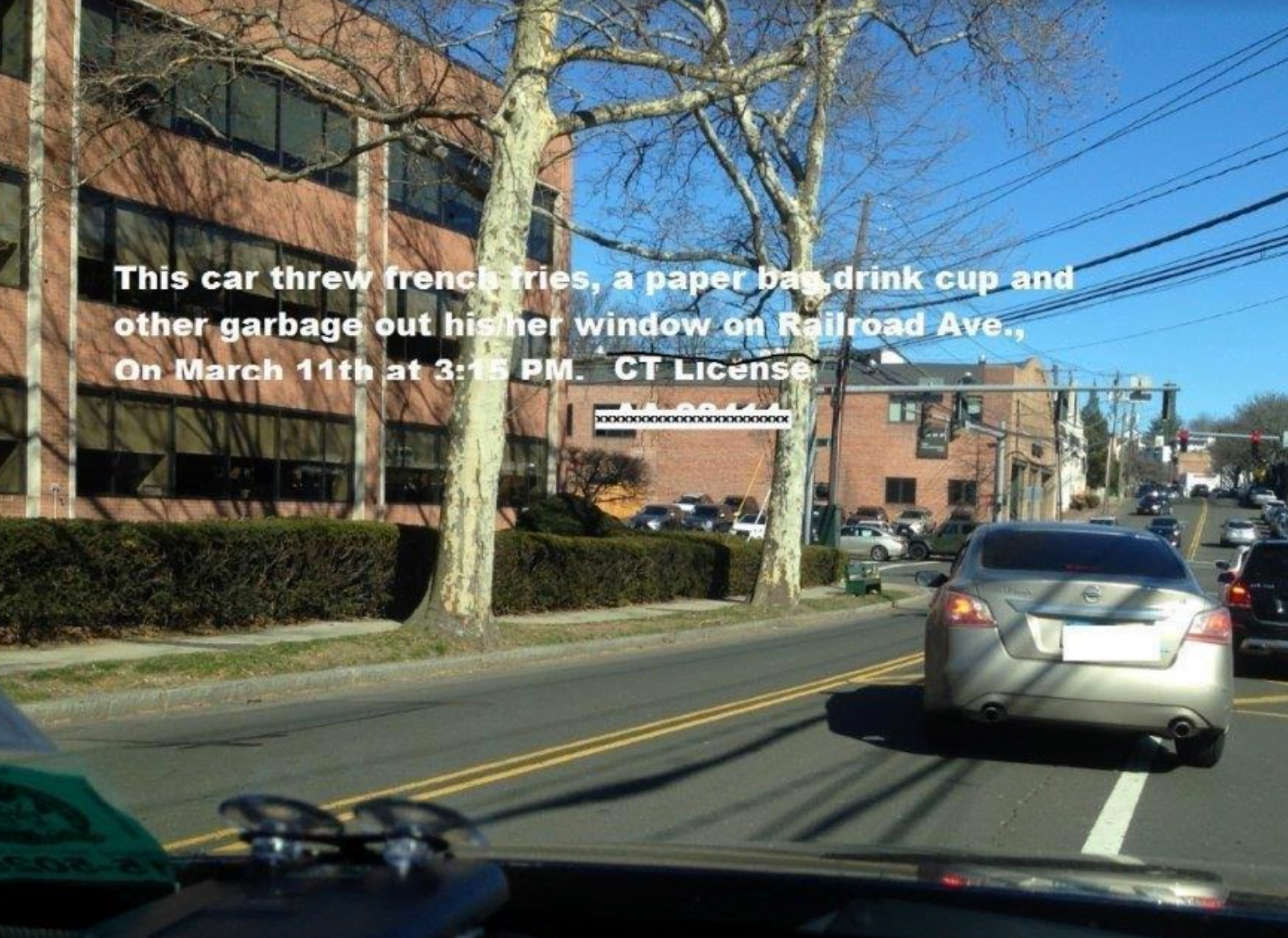 Submitted by Steve G, aka The Greenwich Curmudgeon on March 17, 2018

Returning from Port Chester, my wife and I were on Railroad Avenue heading back to Greenwich when a car in front of us had a paper bag blow out the passenger side window.

“It must be a gust of wind that did it” we said.

Wrong. Shortly after, a container of half-finished french fries followed. Then more debris, including paper cups and napkins.

I took a photo of the car, but wasn’t able to catch the actual garbage exiting the window as it was obviously and purposely tossed out on to the street.

I have the individual’s license plate shown clearly in a photo I took.

Since the newspaper can’t publish the picture, I plan on bringing it to the  Greenwich Police Department, perhaps they can do something?

It seems in today’s environment, normal decency is in a decline.

I am truly saddened by the state of mind of people like the “garbage violator.”