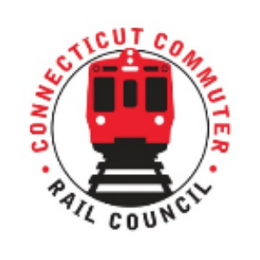 Jim Gildea of Derby was elected Chairman of the Connecticut Commuter Rail Council at their recent organizational meeting.

Gildea has been on the Council for three years and previously served as Vice Chairman for the last two years.

Terri Cronin of Norwalk and John Hartwell of Southport were elected Vice Chairmen of the Council.

“As the Governor’s transportation plan moves forward, it is an exciting time to serve,” Gildea said. “I look forward to helping the Council fulfill its legislative charge by working with all of the various stakeholders to ensure that the voice of the commuter is heard. As daily commuters, the Council has a keen understanding of the issues that the rail commuters within the State of Connecticut face”.

Gildea was appointed to the Council by Governor Dannel Malloy in 2012. He is a daily commuter of both the New Haven main line as well as the Waterbury branch line. He has mobilized legislators and commuters along the Waterbury branch line and organized commuter forums that have attracted corridor legislators including Senator Richard Blumenthal and Senator Chris Murphy, resulting in much needed attention for that line.

“Being a daily commuter of both the New Haven line and Waterbury branch provides me the unique opportunity to experience the operations and service of two of the rail lines that operate within the State of Connecticut,” Gildea added.

The Connecticut Commuter Rail Council is an independent state board that acts as an advocate for commuters on all rail lines throughout the State of Connecticut, (including the New Canaan, Danbury and Waterbury branches, Shore Line East railroad and the Hartford line.

In addition to his role on the Council, Gildea also serves on the Derby Board of Education (having previously served as Chairman for 12 years) and is in executive committee member of the Bridgeport Regional Business Council and serves as Co-Chairman of the Board of Directors for the Leadership for Greater Bridgeport.