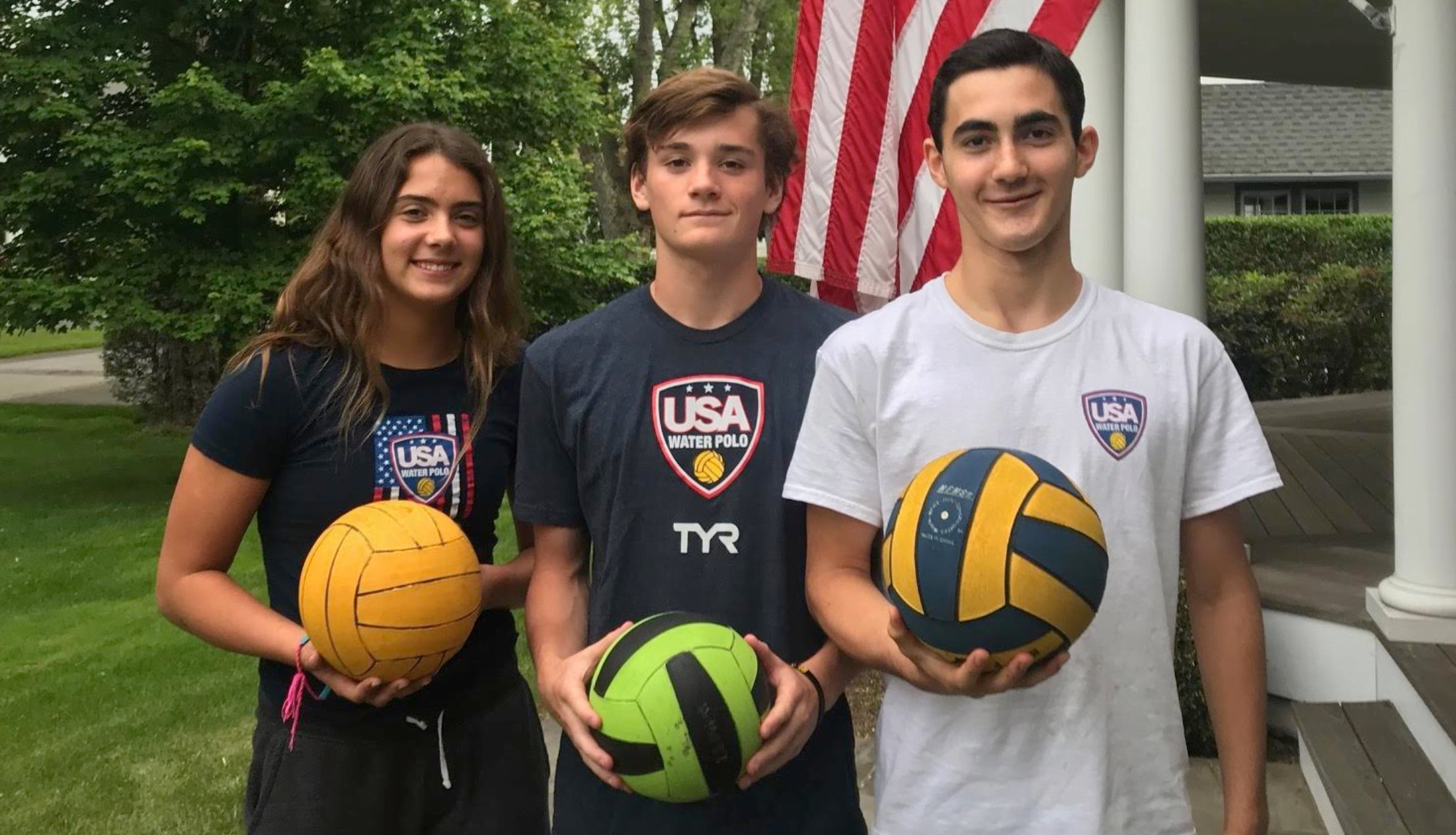 The center of gravity American water polo is California, but this year Greenwich represented the rest of the country by placing an astonishing three athletes on USA National Teams. This historic achievement continues the recent water polo trend started by the Greenwich YMCA standout Thomas Dunstan, who made the 2016 Olympic team and now plays for USC. Last year, Kayla Yelensky represented the USA in the Youth Pan American games. This year the trend continued for both the boys and girls teams in several age groups.

Out of thousands of players trying out for the USA National Water Polo Age-Group Teams, only 22 players in the country make the various National team (Development, Cadet & Youth).

Gavin West, a 14-year-old 8th grader at Brunswick, was one of only two cadets (15U) outside California to make the team. He will be the first representatives from the Eastern Zone in 7 years.  Patrick Mullen,a 13 year old 7th grader at Greenwich Country Day School was the only Eastern representative on the Development team (14U).  Nina Chamberlain, a 14-year-old Freshman at Greenwich High School, made the girls cadet team (15U) as the only Eastern representative from the team.

In total, there were more male national team athletes from Greenwich than all non-California states combined. This speaks to the growing participation at young ages and the quality of the local coaching at the Greenwich YMCA under Head Coach Ulmis Iordache.

“All three athletes have worked really hard over the last four years and it is a top honor to be selected for the National team,” said Iordache. ” Our entire club is so proud of them.”

All three will continue their training with the National Team in California over the summer.