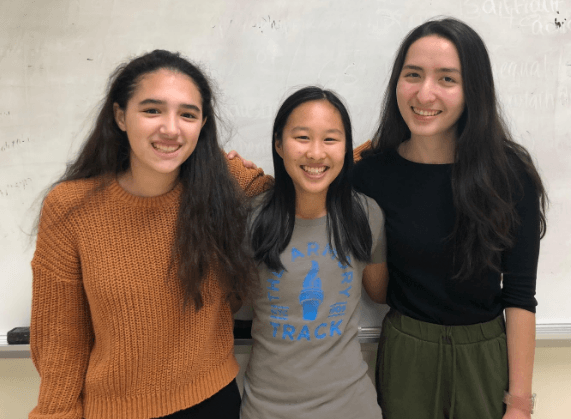 A Greenwich High School debate team has advanced to the round of 32 in the International Public Policy Forum (IPPF) debate tournament.

“After all the hours of work we put in, it was amazing to see the results,” said team member Monique Nikolov. “We’ve learned that every word counts.”

Sponsored by the Brewer Foundation and New York University, the IPPF debate tournament is unique in that schools debate by sending papers back and forth. The topic for this year is: international climate accords for greenhouse gas emissions should adopt binding enforcement mechanisms.

Each time the IPPF team advances to a new round they must switch their position on the topic. Through extensive research and writing, they have become well-versed in the nuances of climate change treaties.

“It’s important to be conscious and informed about issues such as climate change,” said team member Hadley Delany.

If the Greenwich High School team advances to the “Elite Eight” round, they will compete in oral debates in New York City for a $10,000 grand prize and the Brewer cup.

“This style of debate favors those with critical reasoning, research, and top-notch writing skills,” said debate coach Aaron Johnson. “I’m so proud that they are succeeding and wish them the best throughout the tournament.”