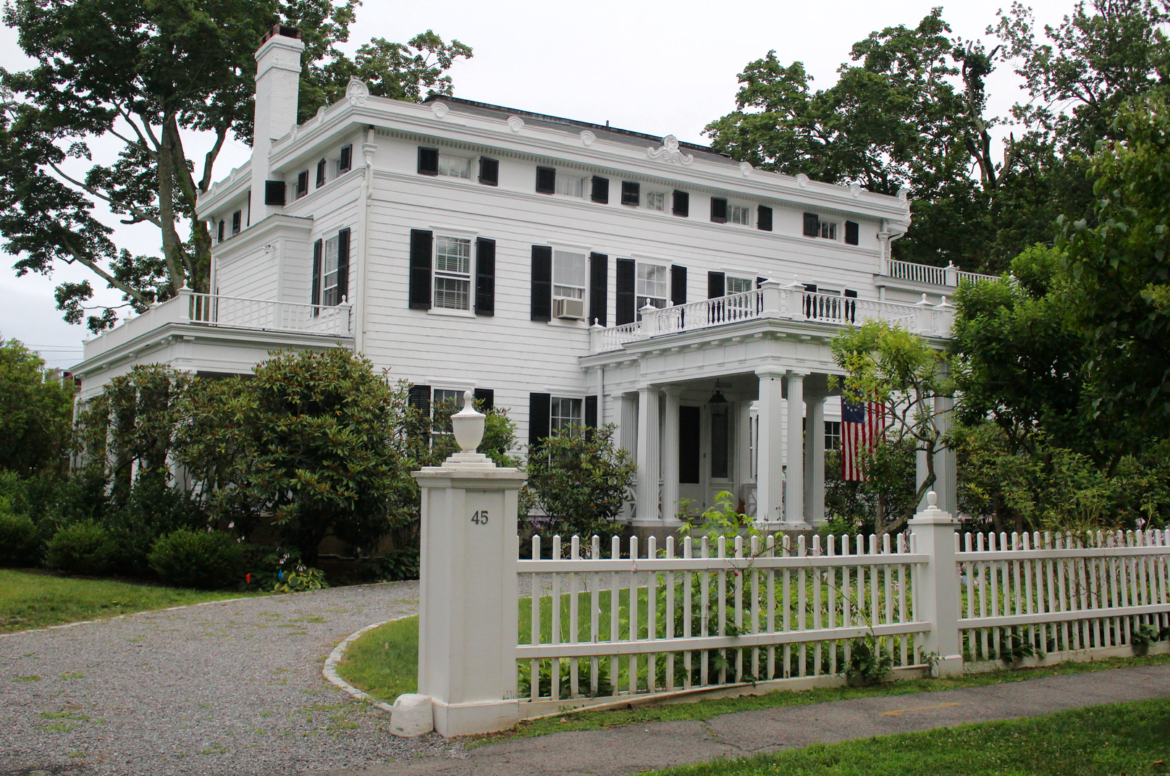 The Assessor’s office at Greenwich Town Hall recorded the transfer of 45 Patterson Ave from Thomas and Nancy Ireland to Brunswick School on July 18, 2019.

The historic house, known as the Justus Sackett House is in the single family R-20 zone.

In 2017 the Brunswick School had presented to P&Z what would ultimately be an unsuccessful application to have the Irelands set up for life use of the rear cottage, a former carriage house, and purchase the main house to increase faculty housing with multiple apartments.

“Our hope is to provide several faculty apartments on the second and third floors of the existing building, and we plan to leave the ground floor largely unchanged so that it might be used as a communal area and entertaining space for the residents as well as for small gatherings of the school community,” Headmaster Philip wrote to neighbors in 2017.

The proposal sought an extension of the “special exception” institutional use to the property where neighboring residences are single family homes.

The Federal style house, plaqued “Justus Sackett House, circa 1779,” was, according to the Greenwich Historical Society, originally located facing Maple at the curved beginnings of  North Street. Back then there was no Patterson Avenue – only part of the Sackett Farm which stretched backward toward the area of Perryridge. 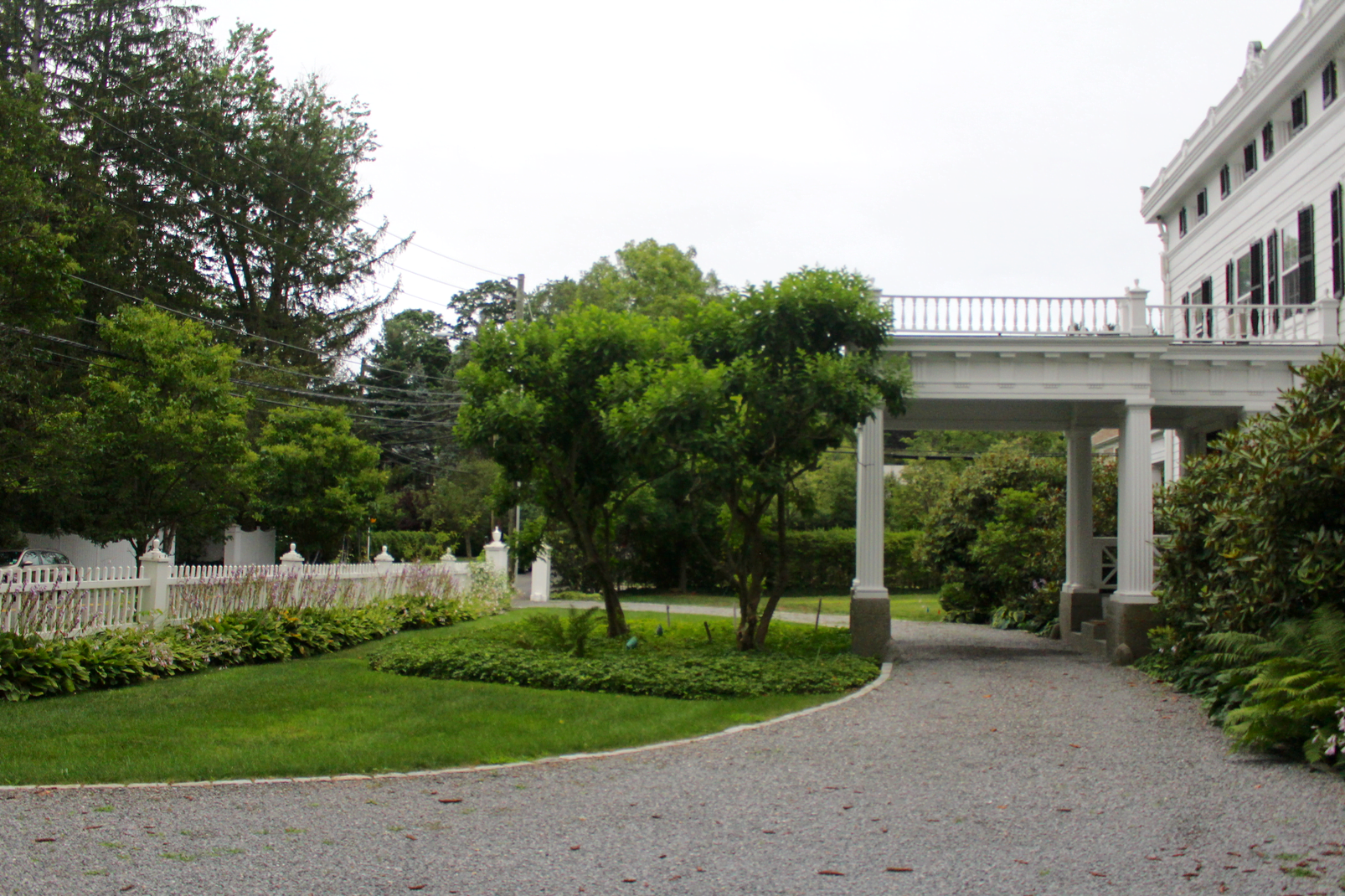 Port cochere at the front entrance to 45 Patterson Ave.

The house has a charming port cochere, with a notable combination of both square and round columns. Before being moved, the house had a pitched roof.

When William H Sackett, who had inherited the house, sold it to James Dominick in 1851, the new owner, enlarged the house by changing the the old pitched roof into a flat roof, with a comfortable third floor where the attic had been.  At the time, Maher Ave existed, but was a private road.

Back in September 2016, the Zoning Board of Appeals gave the Irelands variances for rear and side yard setbacks to build an addition to the carriage house and construct a new detached garage. At the time, the board found that there was “hardship” due to the location of the existing cottage, which was constructed prior to zoning.