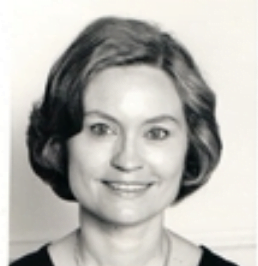 Longtime Greenwich resident Suzanne Geiss Robbins, widow of the late Jacques Seligman Robbins, passed away on February 12, 2017. She was living at the time at Edgehill Senior Living in Stamford.

Mrs. Robbins, an attorney specializing in patents and intellectual property rights, held a series of senior law positions with numerous corporations over her long career, including prior to her retirement as Senior Patent Counsel for Swiss industrial giant Rhone-Poulenc.

She was previously associated with Continental Can in a similar position, also with Titan Group, where she was corporate counsel and secretary and a member of the Board of Directors, and in similar posts with Alcorn Combustion and University Computing. She began her business career as a tax specialist with the international accounting firm Peat Marwick and Mitchell.

After attending the University of Colorado, the Evanston, Illinois native received her law degree from the University of Texas. Following graduation she served for two years as Senior Law Clerk to the Chief Judge of the U.S. District Court for west Texas, in 1961 becoming also a Certified Public Accountant.

Moving to Greenwich after her marriage to Jacques Robbins, a partner of French financial firm Lazard Freres, who predeceased her, Geiss Robbins became active in community affairs, including service at the Bruce Museum and as a longtime RTM member representing District Two. She was a member of Indian Harbor Yacht Club.

A graveside funeral service will be held on Wednesday, February 22, 2017 at 11:15 am at Putnam Cemetery, 35 Parsonage Rd, Greenwich.