During Tuesday’s RTM meeting, moderator Tom Byrne and District 10 chair Gerald Anderson gave tributes to Lloyd Nelson Hull, who died on January 13, 2018 at the age of 95.

Mr. Hull was a member of the RTM in District 10 for 38 years. He was also twice president of the Round Hill Association.

Mr. Hull married his wife Mary in 1957. They moved to Greenwich in 1958, and Mr. Hull liked to say he lived in the prettiest part of the world.

Mr. Byrne described Mr. Hull as a well respected legal mind, who in addition to chairing the Rules Committee, served on the Claims Committee for over 22 years, during which he never missed a meeting, and always wore a jacket and tie. Byrne said Hull, who practiced law in New York and Greenwich, was an ardent defender of the Town against all claimants.

Hull graduated from University of Pennsylvania. He then joined the Navy in 1942. Though he attended Memorial Day and Veterans Day events in town, according to Byrne, Hull never talked about his service, though he served on a World War II destroyer. “Being a history lover I went home and researched the ship and couldn’t believe what I heard,” Byrne said, including that Mr. Hull’s USS Laffey was “the ship that wouldn’t die.”

The USS Laffey was hit by a German shell off Normandy coast. In the Pacific, Hull’s destroyer was hit by four bombs and multiple kamikaze strikes.

“He was a great patriot, a man of the highest character, who loved his family, country and his town,” Byrne said. “He’d always ask about your family when he’d see you. He was a true and gracious gentleman of the old school.”

“This loss can only be described as monumental. There are few people left like him. He was a great mind, a great friend and a great patriot. We will miss him,” Byrne said.

Gerry Anderson, chair of District 10 said Mr. Hull’s gracious and thoughtful approach, along with his quick wit will be missed. 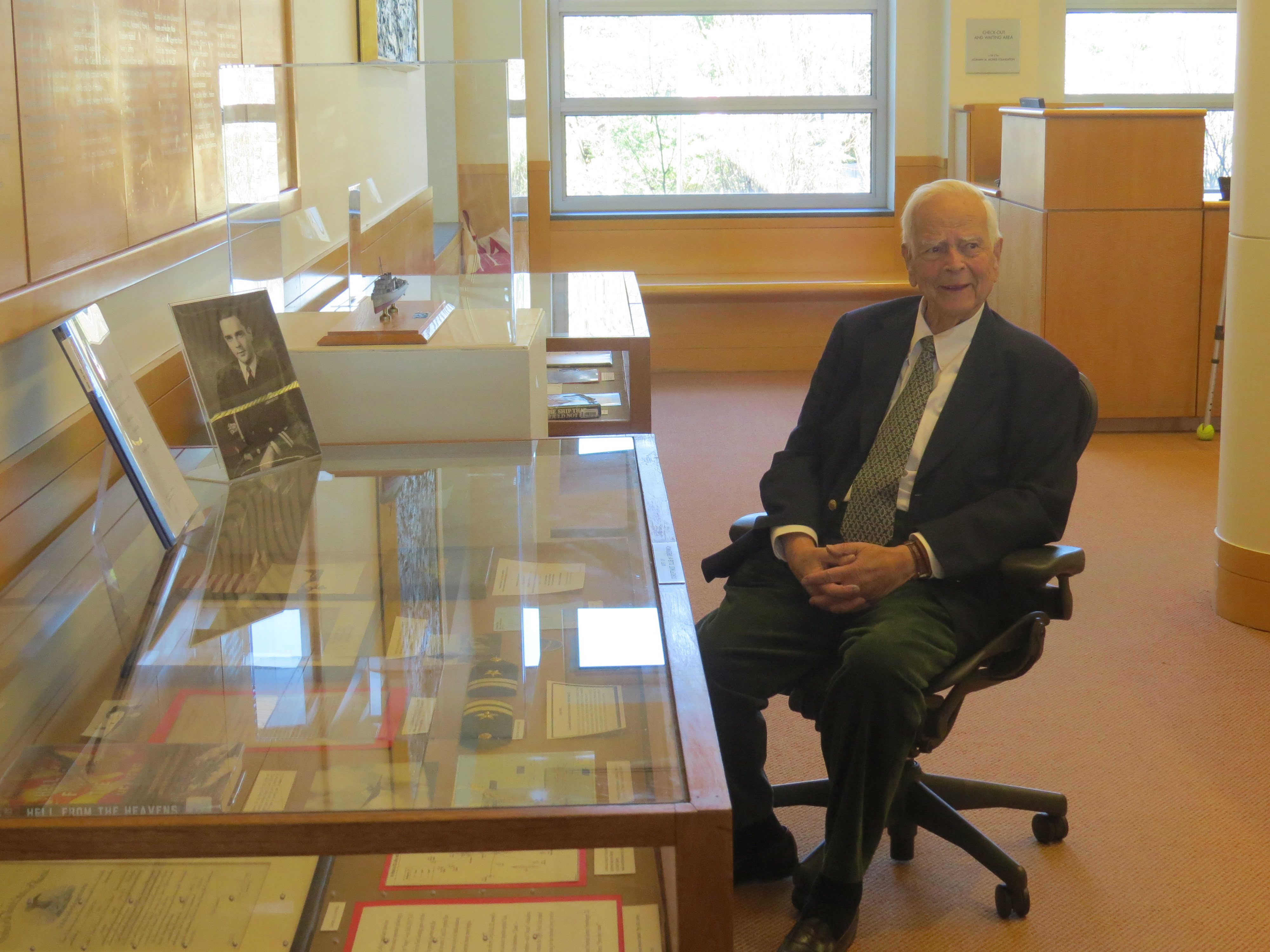 World War II veteran Lloyd Hull attended the opening of an exhibit of the Greenwich Library Oral History Project on his service aboard the USS Laffey as a Combat Information Center officer. Photo: Joshua Littman